A university student currently in Malaysia fears that Australia’s travel ban will dash her dream of attaining permanent residency.

Australia’s travel ban for Chinese nationals due to fears over the coronavirus has had a profound impact on university students hoping to return to their studies.

Some students are choosing to bypass the ban by traveling to a third country for 14 days before in the attempt that they will enter Australia.

For some of them, reaching their final destination and continuing their studies is a vital part in their process to gain Australian permanent residency.

Lucy Xu*, a student studying a Masters of Business Admin at the University of Tasmania (UTAS) is one of them. 'We must stick together': Sydney suburb combats coronavirus 'misinformation' as businesses suffer

Ms Xu is currently staying at a homestay in downtown Kuala Lumpur, the capital of Malaysia, with hopes that she will be able to return to her studies in Australia.

"I wanted to stay indoors because I may have the risk of exposure to the virus outside. But someone said when you are at Australian customs, you will be asked why you stayed in a third country.

“You can't say that you want to be quarantined, you have to prove that you were a tourist."

Ms Xu planned to apply for 190 Skilled Nominated Visa in the middle of 2021, with a hope that it will eventually lead to realising her "dream" of attaining permanent residency in the country she loves.

Applicants with a university major or occupation on the Skilled Occupations List (SOL) are eligible to apply for 190 visa.

Due to the federal government’s push for skilled workers in cities deemed as “regional”, Tasmania is a popular destination for international students. Ms Xu says one of the “most challenging requirements” of the 190 visa process is that successful applicants were required to live in the nominated state for at least two years.

For those who meet the residency requirements by studying, the immigration office also sets requirements for where to study.

"A minimum of 16 months of being physically in Australia is required for the two years of study,” says Kirk Yan, director of the immigration agency NewStars.

"Applying for the 190 visa requires to live in the nominated state for at least two years, and of course other requirements must be met as well. Generally, the state government does not encourage long periods of absence from Tasmania.” Ms Xu is six months into her MBA course.

If she is successfully graduated after one and a half years, she will meet the basic requirement set out in the 190 visa application.

With no signs that the travel ban will be lifted, she fears that her visa application could be in jeopardy.

"The master's degree requires me to study for two full years. I went back to China for two months this time. If I can't go back then they will deduct two months. It will make me not stay enough for two years. How can I get back those two months?"

Mr Kirk believes that the Ministry of Home Affairs may exercise discretion on these matters.

"No specific plan has been given.

"The immigration office says that students currently studying online in China will not be excluded from the state nominated list and the office will contact the students and ask them to provide additional support info.” 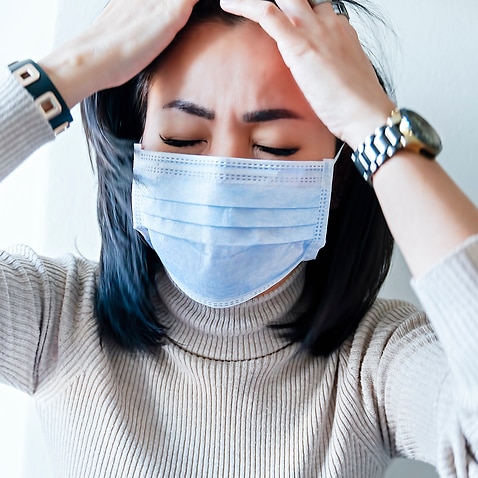 In response to the travel ban, the University of Tasmania launched an online course to help international students who stuck in China to continue their studies.

But Ms Xu says she has had difficulties accessing the university courses while in China.

"I can't open the university website. I can't find the VPN on my computer, so I have to use the VPN on my cellphone to connect with hotspot," Xu says.

"The University collaborated with China to establish a VPN overnight, but I haven't tried yet."

Chinese students affected by the travel ban have limited options as not many countries can issue Chinese citizens with visas on arrival.

Malaysia, Thailand, and Dubai are now the most popular destinations for Chinese students.

Australia has not imposed a travel ban on Malaysia, but there still is a risk of being refused to enter the country after "self-quarantine" outside of China.

On February 13, The Ministry of Home Affairs advised travellers not to transit to Australia through other countries as the travel ban may change without notice.

Meanwhile, the Australian Border Force commissioner has been granted discretionary power by the National Security Committee, to allow the stripping of visas of the arrivals who may pose a health risk to the community.

Australia's travel ban is set to be reviewed this week.