Members of Australia's Chinese community are preparing for the Sydney Gay and Lesbian Mardi Gras on Saturday despite participation complications due to the coronavirus travel ban.

At Fair Day on February 16, the group set up a Chinese stall featuring lanterns and red envelops.

The crowd was drawn to the stall’s trivia about the Chinese LGBTIQ+ community, where contestants learned how to say the words lesbian, gay, transgender, bisexual and queer correctly in Mandarin.

The stall was the first of its kind in the Mardi Gras’ 42-year history and came at a time when the community battled stigmas and obstacles related to the coronavirus. LGBTIQ+ ally JJ was responsible for organising the first Chinese float at the Mardi Gras parade five years ago.

The group hopes that taking part in this year's parade will raise the visibility of Chinese-Australian LGBTIQ+ communities, which they say is underrepresented both in Chinese and mainstream media in Australia.

“In China, this group of people is invisible. One of our participants say ‘invisible love matters’, that’s why we have to stand up,” JJ said.

Affected by the coronavirus

When places opened to join the Chinese float in January, more than 60 people signed up.

However, JJ said the travel ban imposed by Australia on Chinese nationals as part of coronavirus containment efforts, meant that some of the people who signed up couldn’t make it to the rehearsals and the parade. 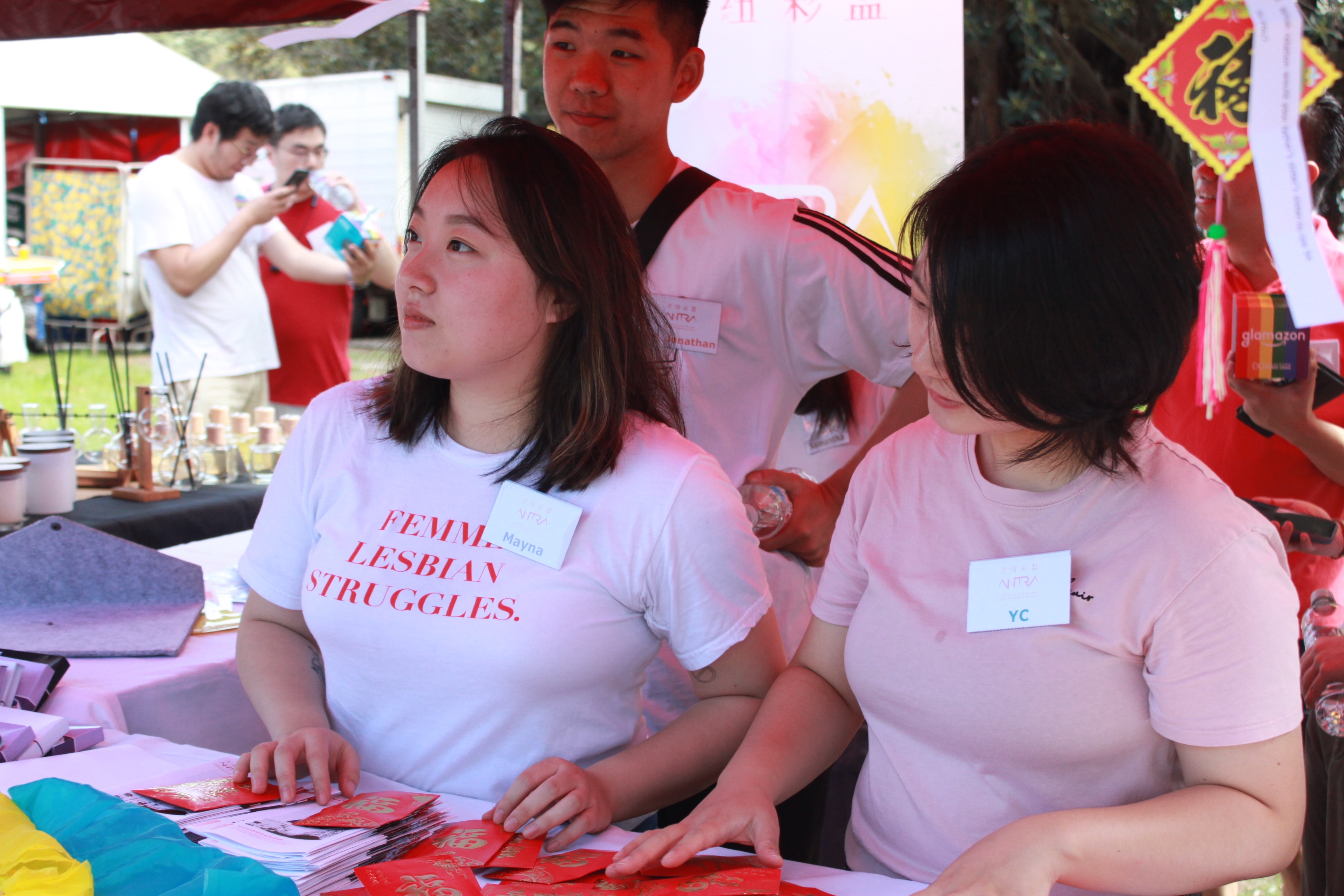 JJ said some of the people remained in China due to the travel ban and she was forced to recruit for a second time to fill the gap.

She said the group’s costume order from China was also affected by logistical issues, which resulted in the sourcing of locally-made costumes.

ANTRA was also forced to cancel their first Mandarin LGBTIQ Forum on the day after the parade because their guest speakers from China couldn’t make it to Australia.

“A lot of our volunteers couldn’t come back to Australia," Ms Hung said." It could be better if we had them here.”

Cedric, the founder and CEO from ANTRA told SBS Mandarin: “We were so pleased and proud to see that our stall was very busy and much welcomed at Fair Day and people came to support the presence and visibility of Chinese LGBTIQ people.” JJ said their group's mission was to show a positive image of the Chinese community in Australia.

“What you can do is to deliver the voices you believe are right and make them heard, louder and stronger.

“What I like about Mardi Gras is all people in the parade look positive, uplifting and inspiring. We want to be a part of it and let all other people see that this group is very positive, inspiring and friendly as well.”

The theme for this year's festival is WHAT MATTERS - encouraging party-goers to reflect on how far members of the Australian LGBTIQ+ community have come, and how much further they have to go.

The Chinese float was inspired by the popular Chinese film Ne Zha, which tells a story of a boy from legend, who fights against demons to save the community that fears him.

“This movie is so inspiring. One reason why is it shows ‘I can control my own life’. We borrowed this idea to make the slogan for our float, 'You Can Decide Who You Are'. I feel it’s very encouraging," JJ said.