She's perhaps more well-known in China, where badminton and her great-grandfather - a Qing dynasty political reformer - are widely celebrated. After a delayed start to the Olympics, Gronya Somerville has her eyes set on just getting to Tokyo to launch her doubles campaign and to make her Games debut.

Badminton doubles player and ambassador for the sport, Gronya Somerville, will represent Australia at the Tokyo Olympics.

Although she has won badminton events for Australia, this will be her first taste of Olympic competition.

Somerville’s Olympic dream began at the age of 12 when she was recognised by a scout during a talent identification and development program. “When I was in primary school my PE teacher gave me this flyer to try out for badminton. I'd never really heard of the sport.

“I got picked for the squad … As soon as we started training, I just loved it.

“I just want to make sure that I get to Tokyo and step onto the court. It will become real then but I’m not getting my hopes up too high just in case. Some things change still in Covid times.”

The 2020 Tokyo Games will be held from July 23 year after it was postponed due to the Covid-19 pandemic. 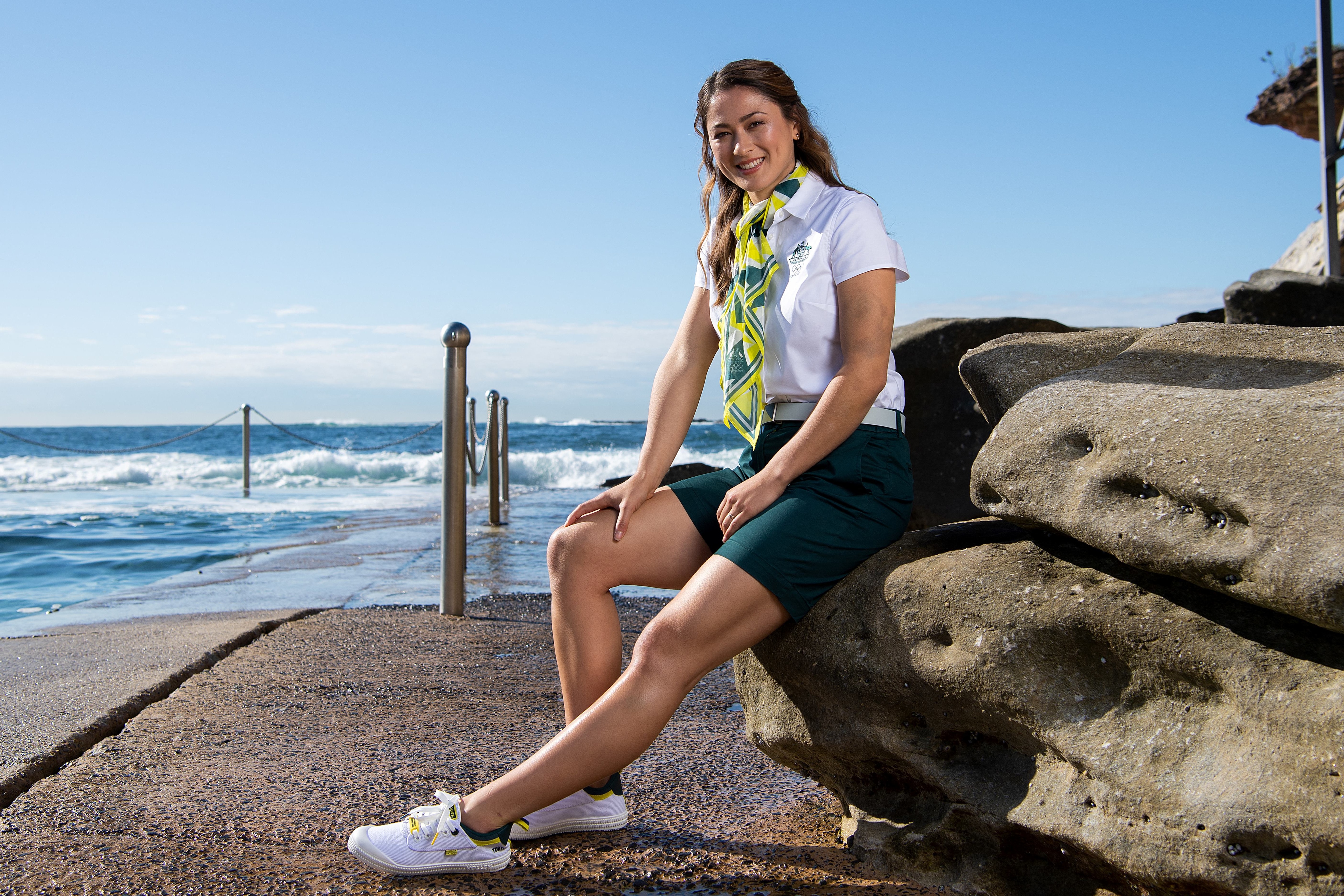 However, like other athletes, she has adapted to the “new normal”.

“In January this year, we flew to Thailand for two tournaments. They were the first badminton World Federation tournaments with the bubble system.

"We went to Thailand one week early and we had to do all the tests before you fly, test when you get there and then we had one week of training. We could only stay in the hotel room and go to the courts to train.

"Then we played the two tournaments. When we came back to Australia we had to do the two weeks quarantine as well. So it was pretty much five weeks just stuck in a hotel room.”

During the quarantine period, Somerville customised a training schedule for herself. She woke up at the same time each day, did yoga, listened to podcasts while walking up and down the room to “imagine I was walking outside", and supervised herself “to hit 1,000 calories each day” to keep motivated and working hard. Gronya Somerville will represent Australia in doubles badminton in Tokyo.

In 2015, a Chinese publication described her as looking "set to become the next female badminton icon”.

Somerville says that her Chinese background may have brought her a lot of attention, especially due to her lineage.

Somerville is the great-granddaughter of the Kang Youwei, a renowned scholar, calligrapher and political reformer of China's Qing Dynasty.

"My dad passed away when I was three years old. He is my Chinese link and he comes from China … My mum and other relatives told us about it as we were growing up. If we went to a Chinese restaurant, my mother will be proud to tell them we were related to Kang Youwei."

Somerville says that knowing that she has ancestors, “who accomplished many great things”, has helped her with her sport and aspirations.

“Him and his daughter, everything that they’ve done for China and overcoming the norm. Their drive to pursue things, I think that resonates with me as an athlete.”

At first, Somerville didn't realise how "huge it really was", until she went to China, when her Chinese coach exposed her identity to the media.

"The little bit of stardom that I got kind of opened a lot of opportunities for me to help promote the sport within Australia, and help promote Australia as a badminton nation as well ... It’s given me more opportunities to get sponsors and to travel."

For this reason, she was interviewed by state-controlled broadcaster China Central Television and was able to share her experience with hundreds of millions of watchers with a 15-minute speech in English and Chinese.

"[The Chinese part] was a challenge for me. I had only been learning Chinese for about three years online. But it was a great experience."

During the pandemic, Somerville also completed her undergraduate degree in sports science. She has hopes of becoming a coach or physical trainer after she retires from professional badminton.

"I am starting to think about it a lot more. Especially in the pandemic [when] we wouldn’t know when we were going to play again. I think, for me, I want to stay in badminton in some sort of a leadership role.

“As an athlete, I think it’s good to prepare in case. You can get injured any day. A lot of stuff can change as well. Because I’m a doubles player and always need a partner as well, I'm always reliant on others so it’s good to have a plan B." Gronya Somerville is a badminton icon due to her Instagram following and famous heritage.
康荣雅

In any case, Somerville says badminton will be part of her life for a long time to come.

She’s committed to promoting the sport in Australia through participation and getting audiences to appreciate the sport when it’s played at high levels.

"With obesity, the pandemic, everyone needs to stay active. Badminton is a great workout. It’s a great way to socialise. You can really get your heart rate up. You have to have good hand-eye coordination and it’s a lot of fun.”

As a Chinese-Australian, Somerville says she also hopes that Australia and China can enhance understanding and eliminate misunderstandings through sports.

"Sport is a neutral ground ... I think it’s a great place for two countries to [sic] come together without viewing all the differences.

"I am definitely very proud to be an Australian and Chinese.”