'Old men in tears': How a son incredibly tracked down his father's Australian rescuers from 1949 disaster

The son of a survivor of the Taiping steamer disaster of 1949 tells the heart-warming story of how three generations of his family successfully tracked down the crew members of the Australian destroyer that rescued his father from certain death.

On the evening of January 27, 1949, the passenger steamer Taiping, which was carrying more than 1000 refugees fleeing advancing Chinese Communist forces during the Chinese Civil War, collided with the cargo ship Chienyuan as it sailed from Shanghai to Taiwan, and the two ships sank one after the other.

More than 1500 people on board the Taiping died during the tragedy, and only 50 survived.

A dozen survivors were rescued by fishermen from nearby islands, while the remaining 34 were rescued at sea by crew members of the Australian destroyer HMAS Warramunga 1, which rushed to their aid.

Qiao Shangming is the Australian son of Qiao Zhongzhou, a survivor of the Taiping disaster.

He told SBS Chinese that three generations of his family spent decades researching the tragedy, and looking for the crew members of the Warramunga 1, to repay them for saving his father's life. 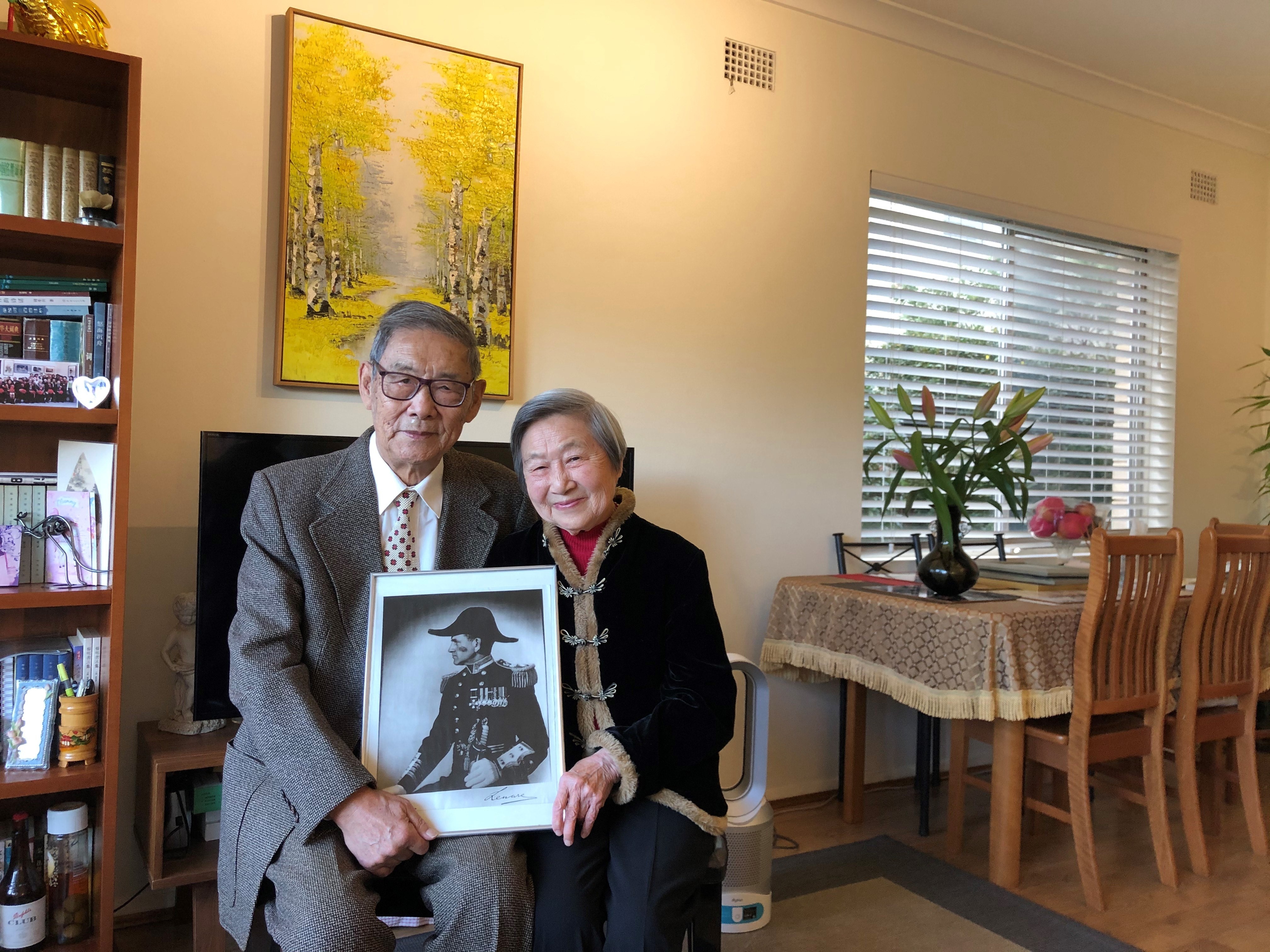 Qiao Shangming and his wife Jiang Tao holding a photograph of the captain of the HMAS Warramunga 1.
Qiao Shangming

It was later found that the Taiping, known then as the 'Oriental Titanic' because of its likeness to the British ship, was packed to nearly twice its rated capacity at the time of the collision.

"It was unfortunate that the death toll from the Taiping steamer disaster was much higher than that of the Titanic, with more than 1500 people overboard and only about 50 survivors, most of whom were rescued by HMAS Warramunga 1,” Qiao Shangming said of the tragedy.

His father Qiao Zhongzhou studied in Japan as a child, and he settled there following the tragedy.

"We were in mainland China and had no contact with my father for decades, so we didn't know about it initially," Qiao Shangming said.

"It wasn't until my children went to Australia to study and we moved to Sydney later.

"My father learnt that we had moved to Sydney and rushed over to ask us to help him find his lifesavers. That is how we found out about the story."

According to the son's recollection of the story passed down by his father - who passed away in 2012 - Qiao Zhongzhou was drifting at sea for more than six hours after the steamer sank and knew he would eventually succumb to the freezing conditions.

But when the Warramunga 1 received the call for help, Captain Wilfred Hastings Harrington ordered a change of course and managed to reach the survivors in time.

Qiao Zhongzhou was fortunate to be one of five people lying on a large wooden crate floating on the water, his son recalls.

"The Australian Navy not only rescued them on board, but also dressed them, bathed them, fed them, and kept them alive from their dying state and all the way to the port close to Shanghai to inform the company of the Taiping steamer to take them back to Shanghai."

The search for the rescuers

Despite the decades, the efforts exerted which eventually led to his father's emotional reunion with his rescuers during the late 1990s still resonates for Qiao Shangming.

The search for the crewmen was “very difficult”, he affirmed.

In 1995, the family began posting stories in Chinese newspapers about the rescue and mentioned that Qiao Shangming’s father was one of the survivors.

They eventually received a letter from a Chinese man who said his father had been lost in that tragedy, which prompted Qiao Shangming to reply with his own letter listing those rescued from the archives for reference.

A year later, Qiao Shangming’s daughter wrote a letter to the Australian Department of Defence, outlining that her parents had moved to Australia and wanted to find the people who saved her grandfather. 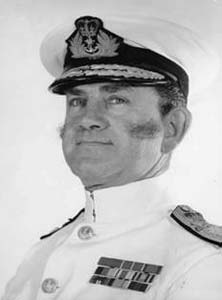 To the family’s relief, the department responded by confirming it was aware of the rescue, but that HMAS Warramunga 1 had been scrapped and the captain had passed away.

However, an important piece of information was provided in the letter - the existence of the HMAS Warramunga 1 Club, where the military personnel who had served on the ship stayed in contact. 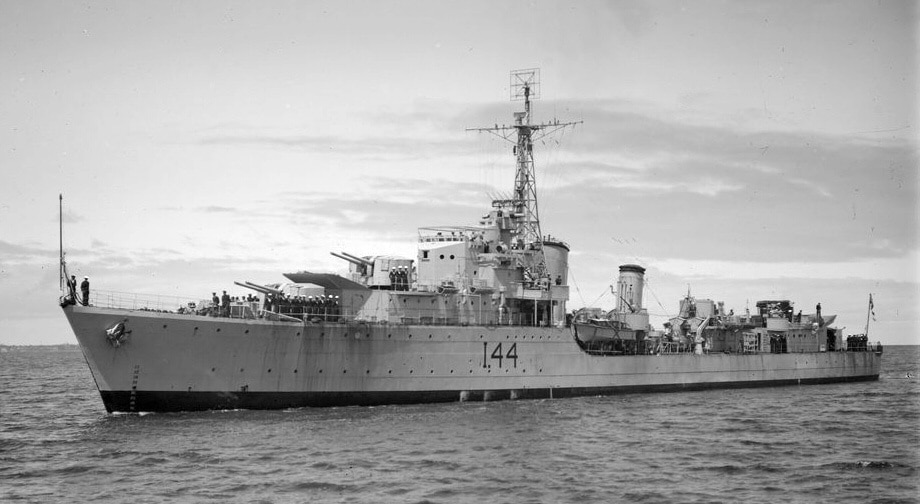 "The news [made us feel] so happy. My partner and I searched everywhere, and we ended up finding the HMAS Warramunga Club in a naval base in Sydney," Qiao Shangming said.

Qiao Shangming said the club members were “very moved” to hear their version of events.

What the family didn't realise was that despite the many decades that had passed, there were people who still remembered it.

The story was subsequently reported in the Navy's internal newspaper.

Following the heart-warming first meeting, Qiao Shangming’s family received a reply letter from the boatswain and an officer from the HMAS Warramunga 1.

He said the correspondence was “extremely relieving” for the family.

Accompanied by his daughter, Qiao Shangming met the crew members, and they shared hugs, laughter and tears of relief, before enjoying a Chinese meal together.

Qiao Shangming’s father was once the Consul General of Taiwan in Yokohama and settled in Japan after his retirement.

Qiao Shangming said his father was "thrilled" when he was informed that the family had found the crew members of the Australian ship.

"[We] told my father the news. My father [then in his 70s] said happily, 'I must express my gratitude to them for saving my life'."

Despite his advanced age, in 1996, Qiao Zhongzhou travelled to Australia to thank his rescuers in person. 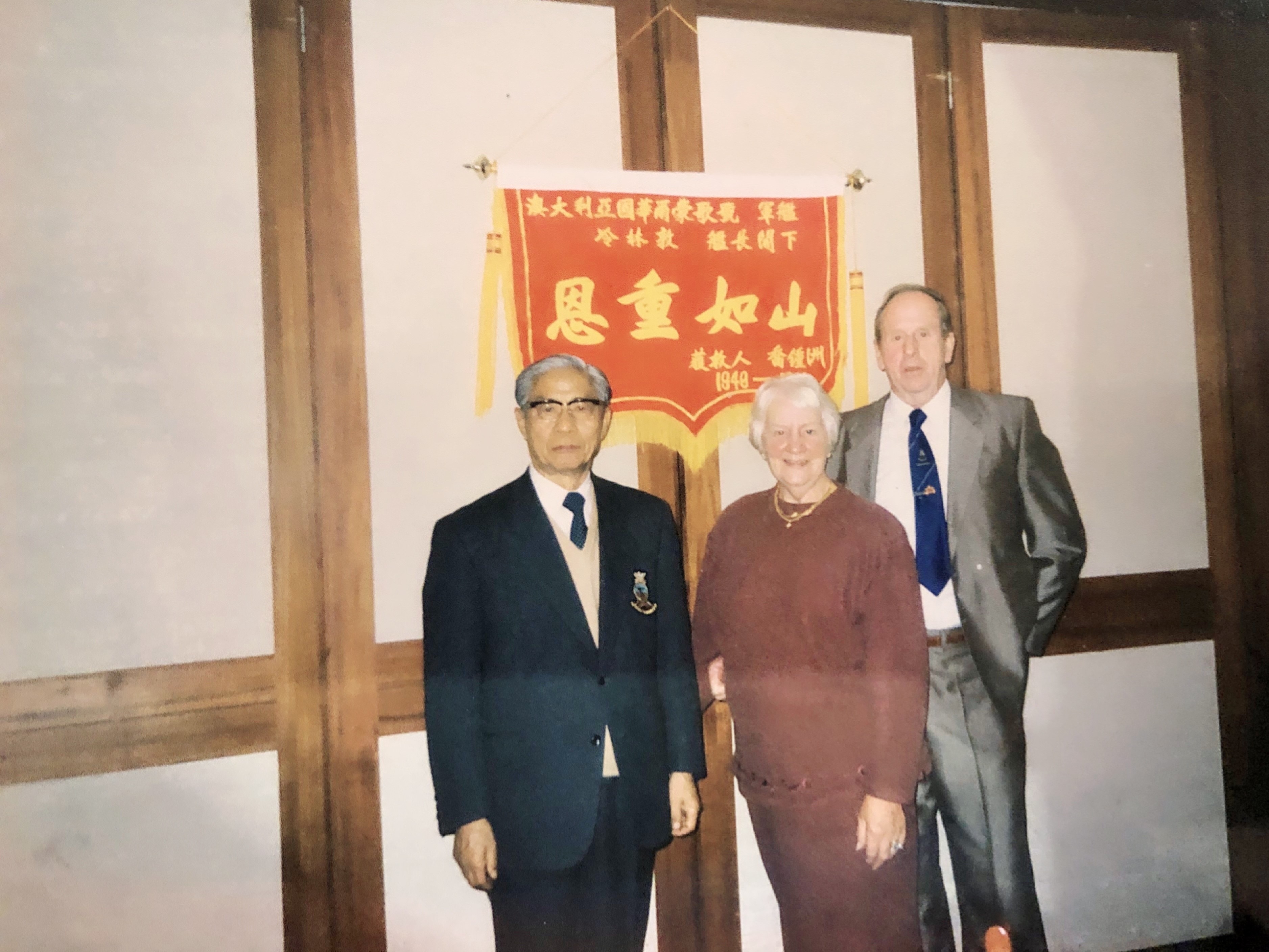 Qiao Zhongzhou (left）with a family of one of the lifesavers of the HMAS Warramunga 1.
Qiao Shangming

Qiao Shangming said his father was "extremely moved" when meeting the crew members in Australia, noting that they hugged and wept together.

"I can't even describe the scene of the rescued man and his lifesavers hugging each other, both in tears. They were old men, in tears, happy tears.

"After this incident, my father said, 'I'm sure there are more rescuers, there must be more, you have to keep helping me find them'."

Moved and inspired by this meeting, Qiao Shangming and his wife continued searching for the remaining rescuers.

Coincidentally, the navy's highest-ranking officiant at the launch was the son of Vice-Admiral Sir Wilfred Hastings Harrington, Simon Harrington, and Qiao Zhongzhou was invited to attend the event as a special guest.

He was seated in the front row and presented with the HMAS Warramunga 1 badge.

"When [the old captain's son] found out about the story, he asked my father to be a special guest at the launching ceremony. My father was thrilled and said, 'I'm not a guest, I'm here to thank you for saving my life'." 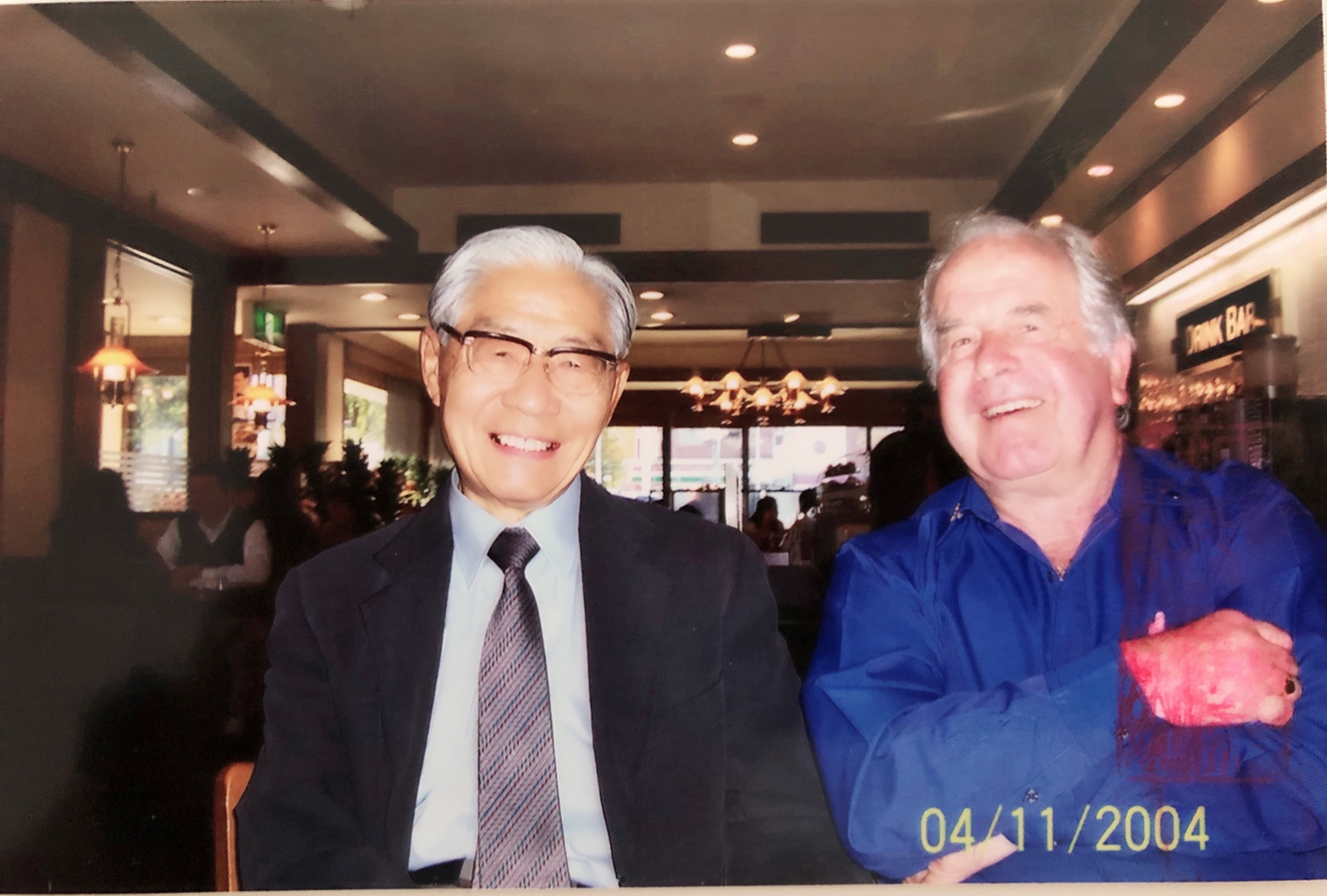 Qiao Zhongzhou（left）with one of the lifesavers of the HMAS Warramunga.
Qiao Shangming

Qiao Zhongzhou then hosted a dinner in Melbourne to thank 12 of the rescuers and their families.

"I made silk banners saying 'Debt of gratitude as heavy as mountains' and gave one to each of the people who saved my father's life. And the new captain hung it in the captain's room of the HMAS Warramunga 2 and took a picture of it and sent it to us specially," Qiao Shangming said.

More than 20 years have passed since that dinner and most of the rescuers have since passed away, though Qiao Shangming keeps in touch with their descendants and continues to write and share the heart-warming story.

Today, he and his wife Jiang Tao have co-authored a book ‘Nu Hai Chen Zhou’, or The Passage - Taiping Collision, describing the tale, which has gone on sale in China, Taiwan, Malaysia and Australia.

Qiao Shangming said it is gratifying to have the history of the ship HMAS Warramunga 1 told more widely, and that the best way to repay his father’s rescuers is to circulate the story.

"I wrote this book for no other reason than to repay the debt of gratitude. We want to spread the story far and wide, and this is the best form of repayment we can make."