'We were like family': How a humble bookstore became a cultural hub for Chinese Australians

Australia China Book Shop near Sydney’s Chinatown closed its doors on May 20 and joined the many stores in the city hit hard by the pandemic. Established in 1994, the store was not only a rarity at the time, but also the place where cherished memories of many Chinese migrants were made through the generations.

Wendy Liu, co-owner of Australia China Book Shop, has witnessed demographic shifts in the Chinese community in the 27 years that she has run the Haymarket store.

“I’ve been in Australia for exactly 30 years now. When I first arrived, many [Chinese] people’s English proficiency weren't high. They’d often read English novels and watch TV. But to be honest, there was definitely a language barrier,” she tells SBS Chinese.

“When people came over on planes, most of them would have brought their daily necessities. Very few people would have brought Chinese books. So those books, to us, were very, very scarce. If anyone had a book [in Chinese], it would be shared around. Once the book landed in your hands, it was already in tatters.

After we arrived in Australia from China, it was like being on a cultural island. International students and workers experienced negative feelings. It cost around $4 a minute to make a phone call to China, it was so expensive. People felt very lonely and empty.

She remembers what it was like in Australia in the 1980s and 1990s for Chinese immigrants, looking for a place to call home. The birth of the bookstore

“There were around 40,000 international students from China in Australia around 1989. Some of them launched their own small-scale magazines and newspapers, wrote short articles to try and establish a bit of a cultural atmosphere,” she says.

At the end of 1993, China’s state-owned publishing firm China National Publications Import & Export Corporation held a book fair in Sydney as part of its overseas expansion strategy. The news quickly spread amongst the Chinese community in Australia. Ms Liu and her friends quickly swung into action as the fair got underway.

“Think about it ... a book fair! There was a sea of books. It felt as if we were swimming in books. We thought it was too good to be true,” Ms Liu recollects.

After the book fair, my friends and I gathered and asked ourselves if it was possible to open a bookstore. We desperately needed more of a cultural environment.

Much like today, the Australian government of the time supported multiculturalism. After spending months preparing for the launch, Ms Liu and her three friends were finally able to open a bookstore for Australia’s Chinese community. The only Chinese cultural hub

“The bookstore at the time was like a meeting place where everyone came. If you didn’t have the money, you could still come and read books for free. The store was around 300 square metres at that time. We had sofas, stools and some people even sat on the steps,” Ms Liu says.

“We were like a family. I was like the housewife. Whenever one of our customers had a problem, they’d come find me. For example, they’d ask, ‘what do I do if I’ve lost my tax file number,’ or ‘do you have somebody who can help me move house’,” she recalls.

At that time, Google it didn’t exist. Information was passed through word of mouth. People would know to go to Australia China Book Shop to solve their issues. Ms Liu and her colleagues would know the answer.

Not only could Chinese migrants and international students find their spiritual sustenance at the bookstore, it also became a de-facto agency for life matters, a cultural salon, an information hub and a meeting point for old friends and new.

“For example, if friends scheduled a place to meet, they’d choose the Chinese bookstore. If one of them was late, it wouldn’t matter. It wasn’t a waste of time because the other person could start reading a book. Whenever their friend arrived, they’d be tapped on the shoulder, the book would be placed back on the shelf and then they’d leave.

“Some people asked me to introduce them to a potential boyfriend, girlfriend or business partners ... The sort of people who like reading books are good people, people from educated backgrounds. So I was always happy to help quickly set up these meetings.

People on blind dates also met at the store. If they didn’t end up talking, they could at least get a glimpse of the other person.

“On the weekends, many international students would turn the bookstore into a sort of cultural salon. Anyone was allowed to express their opinion. Everyone would debate international matters and cultural conflicts and criticise artworks,” Ms Liu recollects. 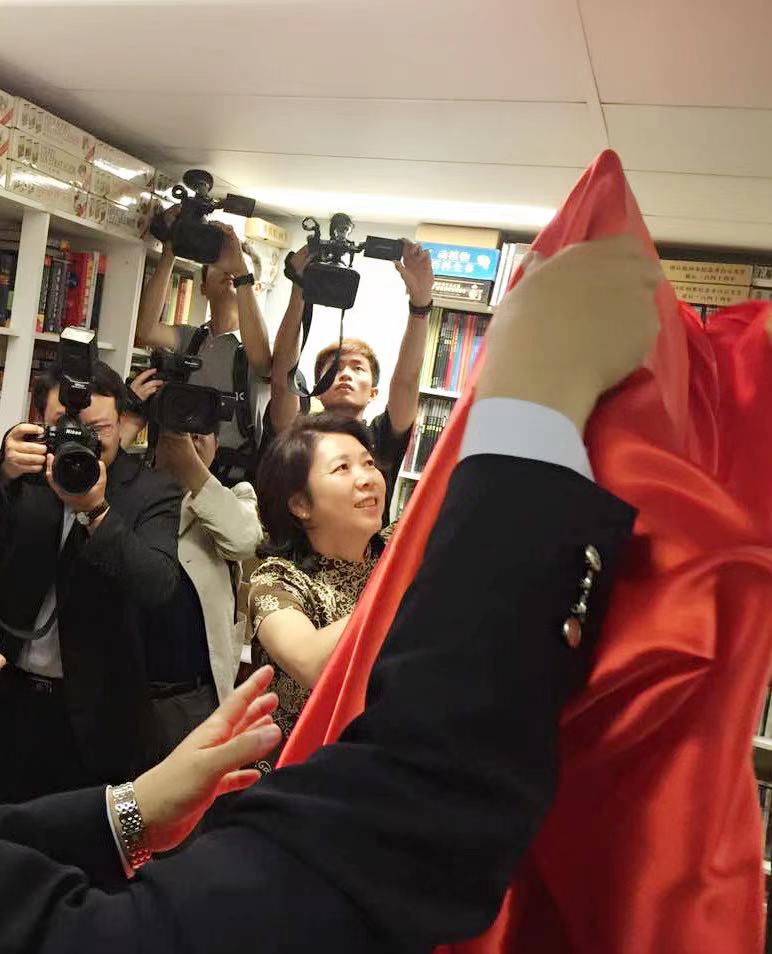 A witness to migrant life

Ms Liu says that at one point, the store held 12,000 book titles. She says she could understand the different needs of generations of Chinese migrants in Australia through the books they bought.

“Whichever books customers wanted, they’d come and ask me. I’d write them down, send a fax to China and get them into the country.

“Nobody wants to read them now but motivational books were flying off the shelf at the time because we relied on books to find something bigger than ourselves, including how-to guides and self-help books,” Ms Liu says. 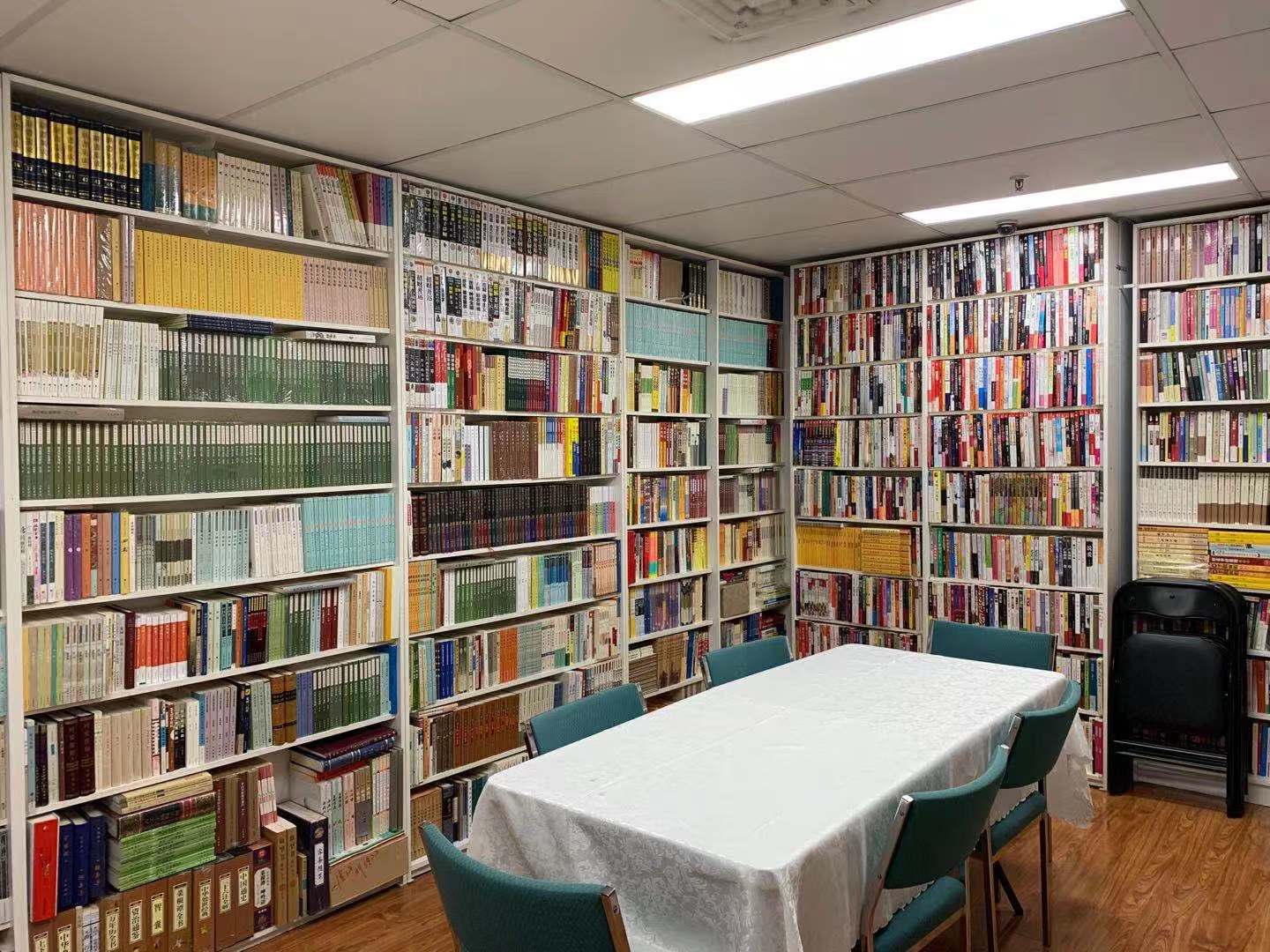 Ms Liu remembers that amongst other popular books, was the Australian Slang Dictionary. It was very difficult for Chinese migrants at the time to understand Australian slang.

Some people worked in local companies. They couldn’t understand their colleagues. After asking them to write down some words, it was still difficult to understand. So they relied on the Australian Slang Dictionary to integrate into society.

At the time, there weren’t many authentic Chinese restaurants. People from northeast China wanted to eat Manchurian cuisine. Cantonese people came to the bookstore to look for recipes if they wanted to open a Cantonese restaurant.

“There were also books on life tips and relationships. Even though there were English books on these topics, Chinese people found them hard to read. They could read through Chinese books much more quickly and be able to remember key takeaways,” she recollects.

With generational change, Ms Liu and her partners had forecast digital disruptions and challenges. Many people are unaware that the Chinese bookstore’s fist website was up and running in the year 2000.

We have had five websites. Even though we went digital early, it didn’t mean we wouldn’t encounter insurmountable challenges later on.

“Shipping costs always lead to bottlenecks in online book sales. Here, we would sell a book for $5 or $6 but shipping amounted to $7 or $8. Many people wouldn’t accept that. It costs over $10 to send a book to Perth. In China, 10 yuan includes shipping. Can Australia match this? No way,” she assesses.

“We’ve also considered selling e-books. For example, for Chinese textbooks, we started talking to Beijing Language and Culture University Press and Chinese Press, asking if they could give us the digital rights to copies. But they were worried about pirated versions getting out and the talks ended there.

“We wanted to open an online bookstore, so we went to China’s biggest import-export companies and asked them for access to their database, but they refused to give it to us and Australia’s internet speeds were too slow in accessing their database,” Ms Liu says.

She and her colleagues were becoming increasingly aware that the days of paperback books were numbered. People’s reading habits were changing. That didn’t prevent them from facing the challenges even with little prospects of success.

When the pandemic hit in 2020, the otherwise healthy business started seeing dramatic declines in turnover. Ms Liu and her partners knew it was probably the time to wave their store goodbye. Beginning of the end

“Truthfully speaking, in 2019 our bookstore’s business was running normally, it was really good. Our turnovers fell dramatically because of COVID. We couldn’t do anything. Nobody could come to the store anymore and it was easy to access information online,” Ms Liu says.

“Because we were shut for some time in 2020, some people who may have tried to come to the store, saw we were closed, so they too stopped coming.

“In the end, only older customers came by. I would tell them about the great risk they were taking by using public transport [to get here]. I even showed them how to look up novels online, how to use smartphones. Can you believe this? As a bookstore owner, I’d end up doing things like this,” she asks.

We clearly knew we were working in a declining industry. Technology has brought about big changes to the world. When people stop coming to your bookstore and stop wanting information from you, there comes a time where there’s no point keeping the store open.

The store officially closed on 20 May, a date which has meaning, according to Ms Liu. In Chinese internet slang, it stands for “I love you”.

“I worked for almost 30 years. There are so many documents in the store I find hard to throw out.

“When we were cleaning up the store, we gave away many books to loyal customers who dropped by. They told us how hard it was to lose us. I’d tell them to not be upset and that maybe in three to five years, once the pandemic was over, we’d make a comeback,” Ms Liu says. Wendy Liu and her friend standing inside bookstore.
Wendy Liu

“Looking at their reluctance to let us go and hearing their touching words, I think we’re destined to wait for them in the bookstore, once again, like we did in the past,” she adds.

During a final cleanup of the store, Ms Liu said she came across over a hundred copies of Long Ying-tai’s letters series Dear Andreas.

In one of the letters addressed to her son, the author says, “maybe life is a line directing us forwards, but I have regrets and I’m reluctant to give up. I will move on and remember the good times shared together.”

Perhaps that was a send-off message for Ms Liu, the Australia China Book Shop and its loyal patrons.