What next for the Sydney student who secured a 99.85 ATAR despite a rare eye condition?

"I really hope to be able to give back to the medical community that saved my life," says Eunice Cheng, the Sydney student who overcame a rare eye condition to top the state in science extension during this year's HSC.

After coming in the first place in the science extension subject during this year's Higher School Certificate (HSC) and attaining an ATAR score of 99.85, Sydney student Eunice Cheng knows exactly what she wants to do in the future.

It's a decision she has come to after numerous visits to the hospital to treat a rare eye condition that doctors were yet to name.

The condition sees blood fill her eye, causing vision loss and blurring. It takes more than half a year to clear in most instances.

The student of James Ruse Agricultural High School in Sydney was diagnosed with the condition two years ago and she suffered a relapse in January. She was even struck down twice during her HSC exams, including one on the day of the science extension exam. Eunice has completed an internship at the UNSW and St George Hospital Microbiome Research Centre, under the mentorship of Professor Emad El-Omar.
Eunice Cheng

It didn't stop her from topping the state in the subject, becoming one of three young women in the class of 2019 to finish first in a STEM subject.

"I’m really proud and really pleased with this result," she said.

"Although this was certainly a challenge and affected my vision during some exams, my experiences have motivated me to pursue my dream of studying medicine at university next year."

Eunice said her passion for scientific and medical research began in July 2018, when she was selected to represent Australia at the prestigious two-week Yale University Young Global Scholars Program in Biological and Biomedical Science. It was during that event that she was first introduced to the microbiome field, an area with lifesaving potential.

The experience led her to pursue research in the microbiome field for her science extension project.

"I was honoured to be offered a two-week internship this year at the UNSW and St George Hospital Microbiome Research Centre (MRC) under the mentorship of Professor El-Omar, Dr Jiang and Dr McGovern," she said.

"I participated in a study by the MRC where I performed bioinformatics data analysis. Both of these experiences were very eye-opening and allowed me to explore a new area of research. It also allowed me to realise the importance of research in pioneering scientific and medical knowledge. They inspired me to pursue success in the Science Extension course."

It was the compassion she experienced during her time spent in medical care that also inspired her to get into medicine.

"It has been a huge passion of mine since a young age to study medicine. I have been inspired by the care, dedication and compassion of the many doctors and specialists who saved my life, due to a number of extremely rare congenital diseases I have," she said.

"Through medicine, I will campaign to improve access to healthcare services for disadvantaged and vulnerable groups, such as the elderly and those in rural and remote areas. I hope to continue being mentored by the MRC and aspire to be at the forefront of medical breakthroughs in microbiome research while continuing my volunteering at nursing homes." 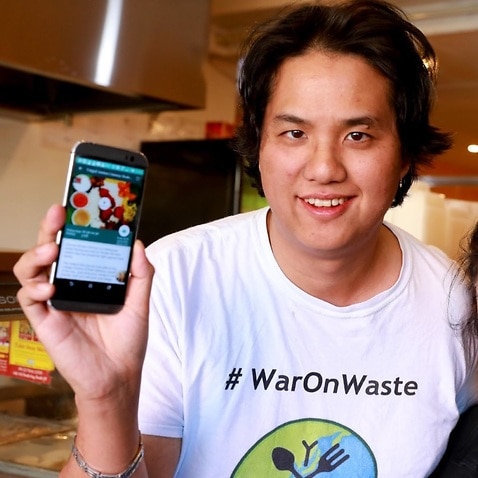 This Taiwanese-Australian app developer has 'declared war' on food wastage

"If there's anything special we did, it would be that we had been travelling back and forth among the triangle of home, school and hospital," she said.

When she's not entrenched in her studied, Eunice plays the violin, a skill she took up at the age of three.

Over the past three years, she has performed regularly at different nursing homes.

"This was a humbling and very rewarding activity I kept up during year 12."

In July, she was selected to perform as a violin soloist at the Sydney Opera House as part of the NSW Arts Unit PULSE Showcase of Excellence Concert.

Her mother said: "I will do my best to support her so that she can be the best on her own, and contribute to the community as well as the society." Eunice performed a violin solo at the Sydney Opera House in July this year as part of the NSW Arts Unit PULSE Showcase of Excellence Concert.
Eunice Cheng