For some Chinese members of the gay and lesbian communities, living in Australia has not always allowed them to be themselves, but being able to legally register their relationships has had a huge impact.

Embracing the newfound freedoms that her migration brought, she joined efforts to start a social club at the University of New South Wales for other gay or lesbian international students.

The club, Rainbow International, even attracted interest from heterosexual Chinese students, who saw it as a useful resource for sex education, as such advice is not commonly passed on by parents in this community.

Charlotte didn’t meet her girlfriend through the club. They began chatting online and bonded over a girl band.

They soon realised they had other things in common, including their hometown in China. 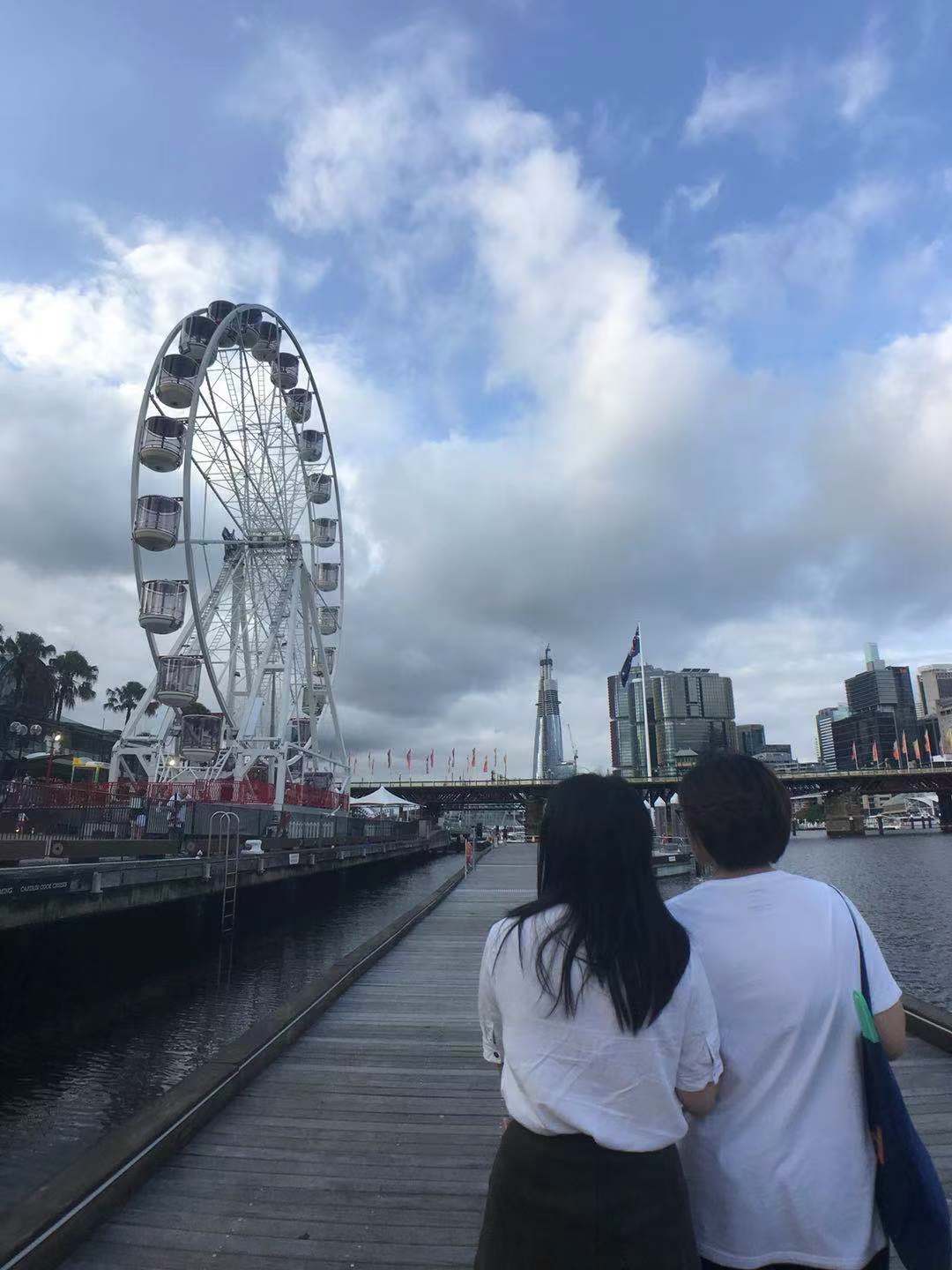 Charlotte and her partner.
Charlotte

Five months on, the couple travelled to Singapore to see their favourite band perform and they have been together ever since.

Furthermore, their relationship is officially registered in New South Wales.

This affords them the same rights and entitlements as heterosexual couples, which can help with issues relating to immigration, superannuation, and access to healthcare.

“We feel the connection between us is tighter after getting this piece of paper,” Charlotte says, adding that it means "more than just a piece of paper". 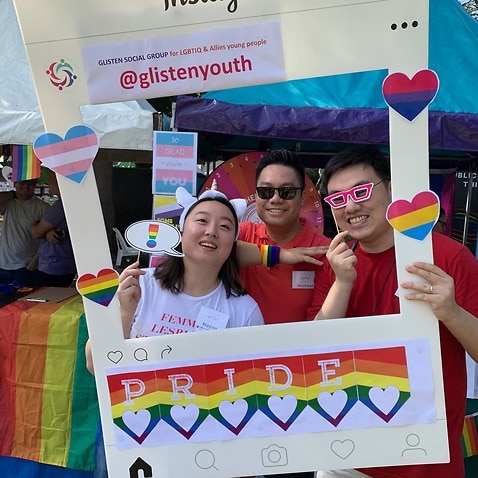 The couple received a lot of support from friends, but have yet to notify their families in China about their official status.

Charlotte says it would be “a bit difficult” to explain to them the differences between a registered relationship and marriage.

“Gay couples are just like other couples. There is nothing different.”

Melburnian Brian Lam is originally from Hong Kong. He met his boyfriend in 2017 and registered their relationship two years later.

Brian’s boyfriend, who asked to remain anonymous, comes from a Muslim family in East Africa.

“His parents find it unbelievable that same-sex marriage is legal in Australia,” Brian says.

“When I told him that my mum and aunties are very supportive of my sexuality and our relationship, he was shocked.”

When Brian's family came to Melbourne to visit, they met the couple. 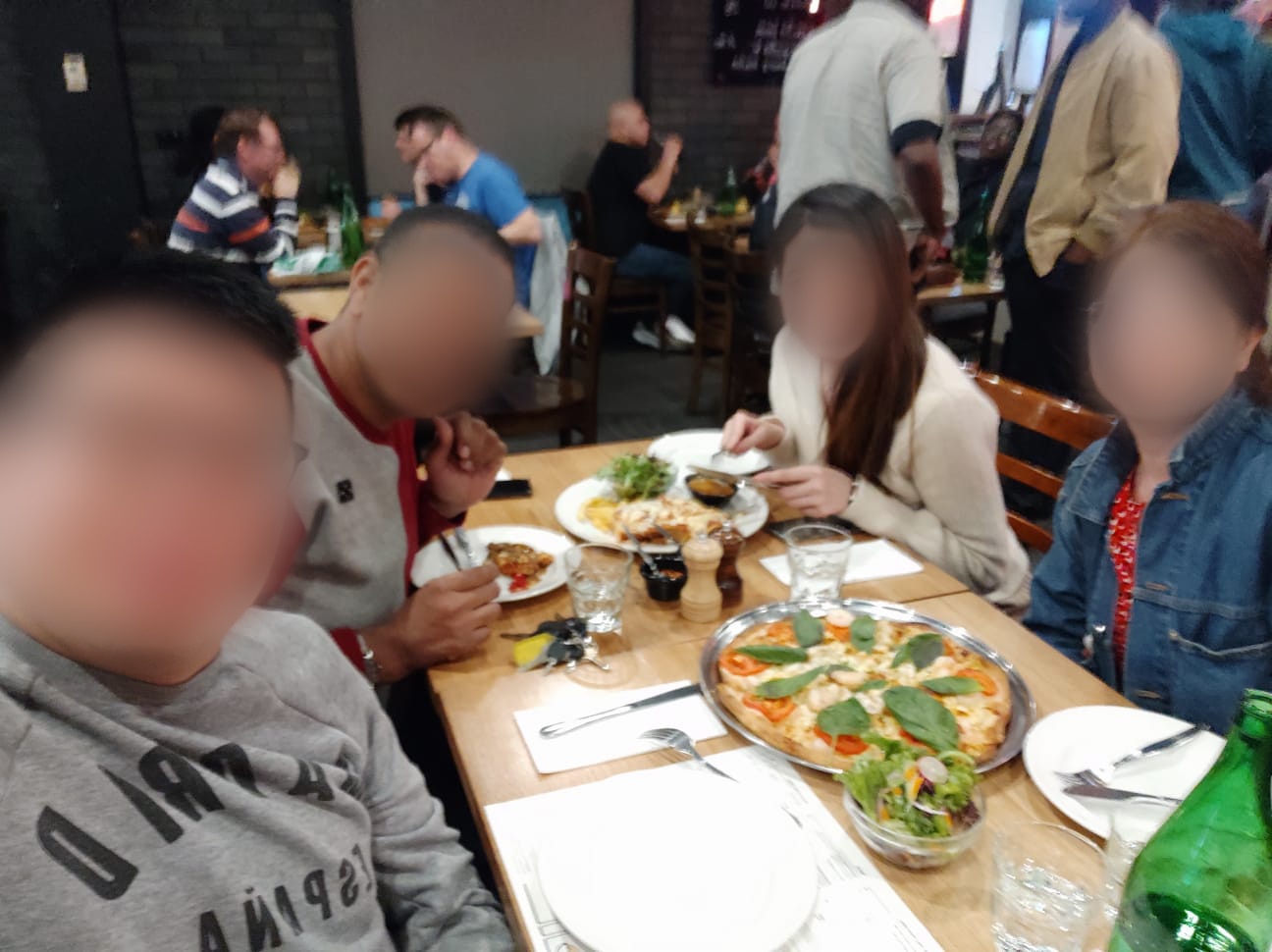 Brian and his partner.
Brian Lam

Brian said although his boyfriend expressed envy at the situation, he knew he couldn't tell his family who he really is because there would be “serious consequences”.

Brian’s boyfriend used to be married to a woman and felt pressured to do so by his parents.

Brian says his partner’s family only know him as a friend of their son and are not aware of the relationship, let alone one that is formally recognised.

"My boyfriend and I are from two different cultures, and we have to be supportive and understanding of each other in many ways,” he says.

And while registering their relationship helped make up for any lack of family validation, it also had a practical purpose - assisting Brian to get a partner visa, meaning they can remain together in Melbourne. 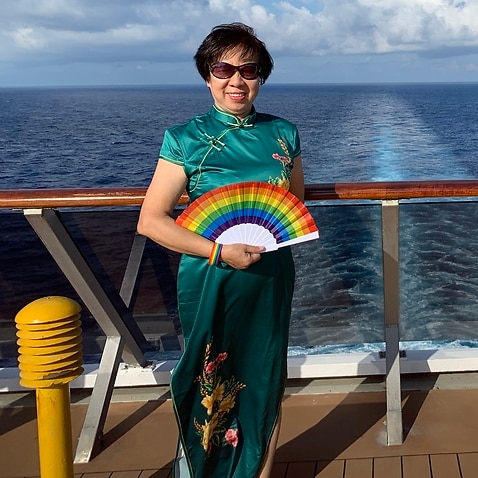 'It felt like my world had collapsed': Chinese mother’s journey to accepting her son’s gay marriage

When Vincent Lee first came to Australia from China to study in Canberra, he didn’t tell anyone he was gay and was “struggling inside”.

That changed when same-sex marriage in Australia became legal on December 9 2017.

“That was a very emotional day,” Vincent recalls.

“It gave me the confidence to come out to my friends around me.” 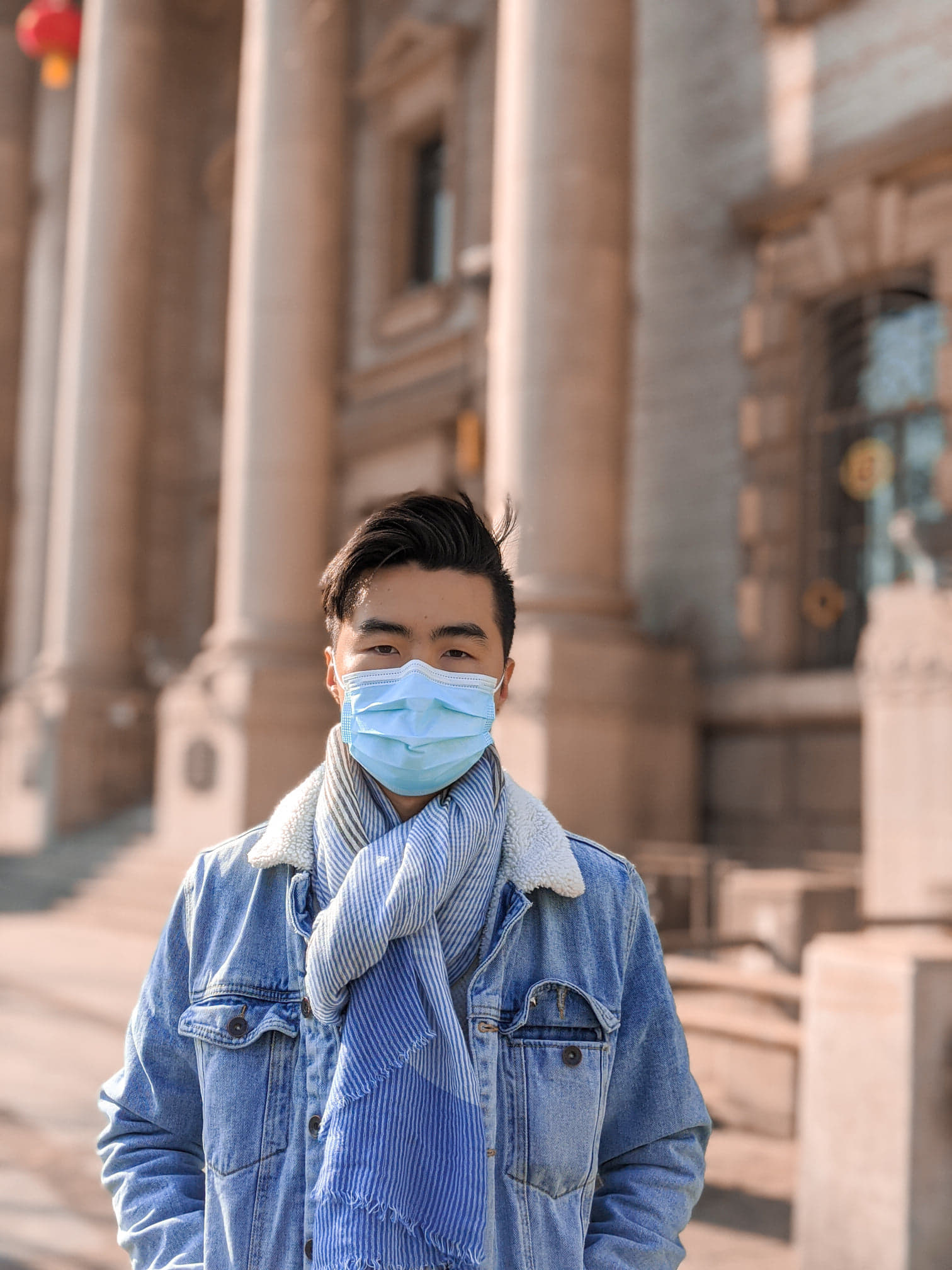 Vincent is now the Australian National University Student Association’s Queer Officer, helping other students from similar backgrounds and experiences to his own.

“I’d say to International students who are members of the LGBTIQ+ community, don’t worry or be afraid about socialising with us or other groups on campus.

“It can be really useful for awareness and personal growth.”

Vincent entered a relationship five months ago. He says it’s too early to consider marriage or registering the relationship but loves knowing that he has the option.

‘Marriage is my dream’

But that option doesn’t exist for gay people in China, including for Boby Yang and her partner, who live in Guangzhou.

Boby’s partner, who had been pressured to marry two men, never thought she’d ever be permitted to marry a woman.

But Boby was determined. The couple travelled to Sydney to marry in front of a lawyer and friends.

“When you are in love with someone, when you want to live with someone for the rest of your life, legal requirements or boundaries don’t matter anymore,” Boby says. 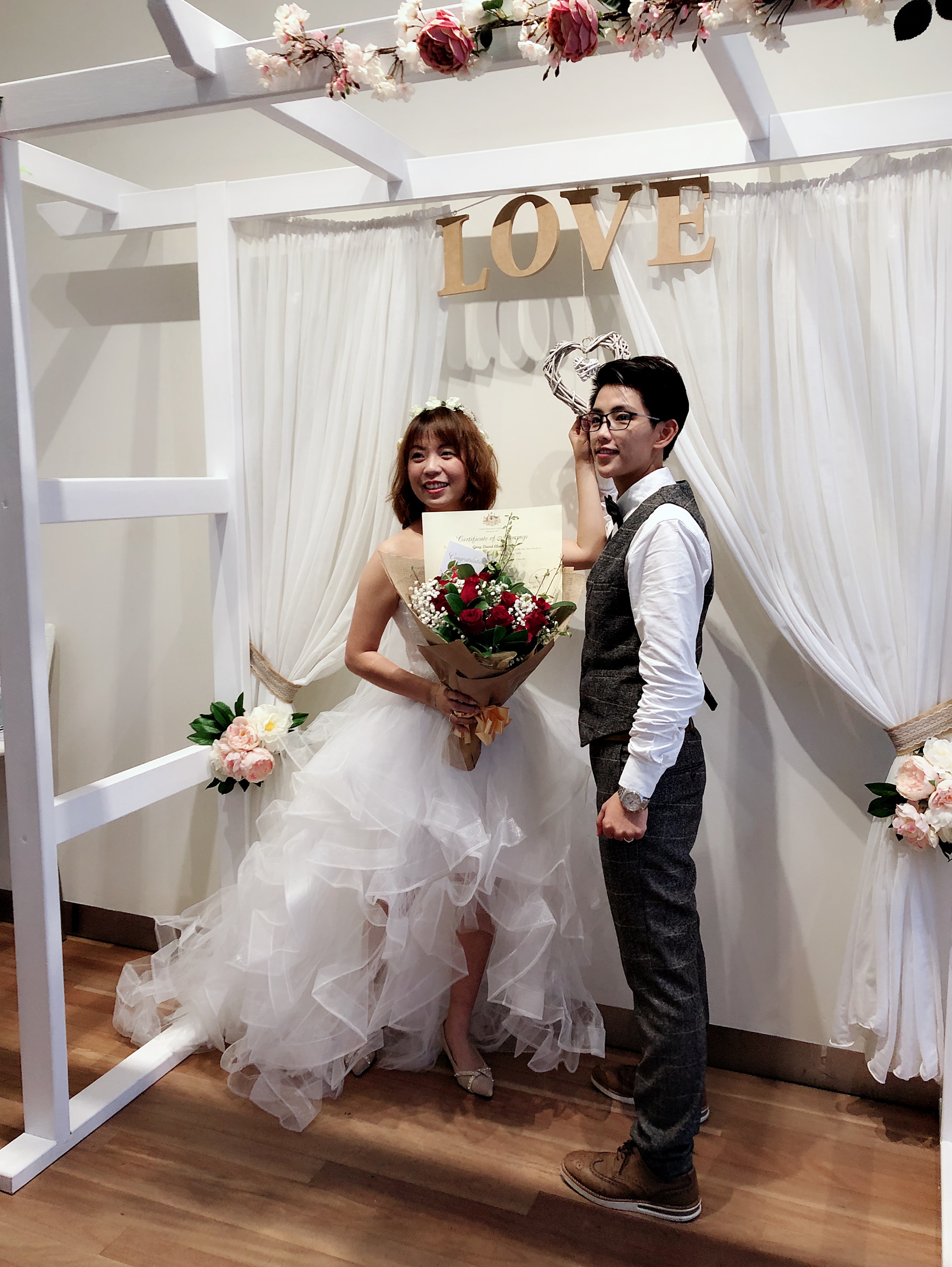 Some of her friends say it was a long way to travel for a piece of paper, especially when that paper isn’t recognised in China.

“It was necessary,” Boby insists.

She remains hopeful that she may one day see same-sex unions and marriages legalised in China.

“Look at the fight in Hong Kong and Taiwan. Haven't we also been fighting for our gay community?”