Coming Up Tue 9:00 AM  AEDT
Coming Up Live in
Live
Cantonese radio
More

As research suggests that greenhouse gas emissions have had an impact on climate change and extreme weather, Australia's dairy industry has felt the effects on the ground level.

The past summer in Australia was one of the hottest on record, according to a Climate Council report, with a number of extreme weather events and bushfires striking across the country.

The report stated that the record-breaking heat across the country was "part of a long-term warming trend from the burning of fossil fuels and land clearing", and was "an example of the consequences of climate change".

Australia's greenhouse emissions are at their highest level since 2011, and despite being adversely affected by the extreme weather, the meat and dairy sectors accounted for a large part of emissions. On the home front

According to Agriculture Victoria, emissions produced from dairy farms account for 3 per cent of Australia’s total greenhouse gas emissions.

The industry in Australia is working on different ways to make the dairy production process more energy-efficient.

Victorian dairy farmer Ron Paynter was one of them.

“If we manage cows well and make sure we are feeding them properly with lots of light food, they actually become more greenhouse gas efficient,” he said.

“We’re looking at even energy capture of some of the waste products on farm…using that to generate energy for preparing and feeding back in the system.” Ron Paynter with his cows on his farm, a 450-acre family business he has run for 25 years in Ellinbank, Victoria.
Ron Paynter; supplied

He has also been highly active in securing his farm as bushfires swept across the state this week.

Although not being affected this time, previous drought conditions have caused him a lot of stress.

When the feed supply is insufficient to feed his animals, he must rely on external grain and hay.

“The grass just doesn’t grow, and what we've got to do is fall back on the reserves of surplus feed that we put away, when we've got some extra feed in spring, or we have to buy in feed,” he said.

“All of the input costs into our business to do with feeding the cows are pushed up and that really cuts into profitability.” Bushfires raging across Victoria last weekend has been linked to climate change.

Prof Eckard noted that during the drought of 2014, some individual farms were losing three or four thousand dollars in revenue per day, but many managed climate change impacts better than expected.

“The potential for this event is for a 40 per cent reduction in production across the state [Victoria]," he said.

"We only saw about a 10 per cent reduction in milk production as a result, which would mean a lot of farmers are out there doing the right thing.”

Last month, Woolworths announced it would stop selling milk for $1 a litre, bumping up the price by 10 cents with the increase to go to struggling dairy farmers.

Other supermarket chains such as Coles and Aldi did not immediately follow the move.

“Woolworths has made the first step,” Mr Mumford said. “I call on all other retailers to follow suit by stop making dairy products a loss leader and showing farmers the true value of the products that they supply.” Feeling lonely over the holidays? Here are five ways to lift your spirits

Are plant-based milk options the answer?

As experts suggest that plant-based food consumption would help to reduce carbon footprints, the dairy industry has to compete against alternative milk options such as almond and soy.

A recent report of the British medical journal, The Lancet, called for more vigorous adoption of plant-based diets, noting the pressure meat and dairy production exerts on the planet.

Dutch nutritionist Dr Stephan Peters argued that although milk alternatives produced about 50 per cent fewer carbon emissions per kilogram product than milk, replacing milk with an alternative in the diet didn't always equal a healthier diet.

Mr Mumford: “We really need to make sure that we have the mechanism to assist agriculture to try to achieve that. We got to make sure that it’s a whole industry approach if we try to tackle the energy emissions.” Ethnic groups urge media and politicians not to racialise crime 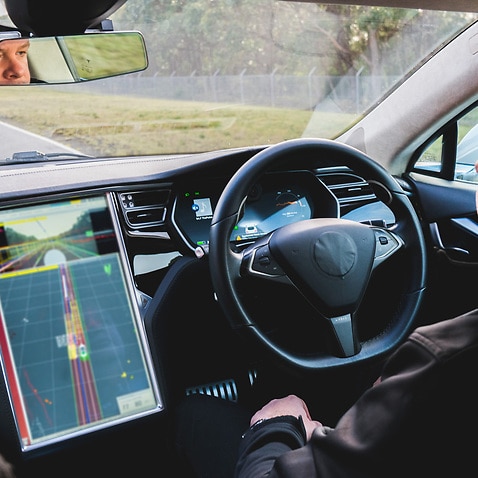 Driverless technology: What are the positives and potential negatives?