Coming Up Tue 9:00 AM  AEST
Coming Up Live in
Live
Cantonese radio
More

Howard X tells SBS Cantonese he has no plans to stop impersonating North Korean leader Kim Jong-un despite his October arrest in Hong Kong, which he says is connected to his appearances at pro-democracy rallies.

The former Melbourne resident was arrested in Hong Kong on October 28 for allegedly possessing arms or ammunition without a licence, according to a police statement.

Police allege he received a parcel containing a BB gun in April 2020, but more than three months after his arrest, charges are yet to be laid.

Under the conditions of his release, the music producer and professional impersonator tells SBS Cantonese he must report to the police every six weeks.

In a lengthy Facebook post, he says around 10 officers raided his apartment and had informed him that the particular make of the BB gun had an energy output beyond what was legally allowed.

He denied ever receiving the BB gun, and says the police operation that led to his arrest was "utterly exaggeration".

He says police knew who he was during the operation and he became "suspicious" when they made reference of his appearances at pro-democracy demonstrations in 2020.

“Even if I had ordered the BB gun to be posted to me, [police] should have realised that it was for my work as an impersonator and that I had no intention of hiring anyone [for real attacks]."

He says he "never imagined that Hong Kong would have ever become a place that would arrest people for such a reason" and questions the actions of the police to detain him for six hours, search his home and forfeit his mobile phone. As an Australian citizen of Chinese descent, he says he's “not worried” that his Australian passport will be confiscated.

"The whole saga is ridiculous. Even if they ended up laying charges on me, I believe any reasonable judge would dismiss the case.

"When they came for the arrest, I could tell that even the officers themselves felt that it was a waste of time.

"Even if I possess BB guns, how would that cause harm to others?"

Howard X first donned his black Zhongshan suit and his trademark high-cut hairstyle in 2013 and gained international attention in 2018 when he appeared alongside a Donald Trump impersonator during the historic first meeting between the two world leaders.

Despite his arrest, he says he will continue to impersonate the North Korean leader.

“I will continue to perform political satire stunts on the Hong Kong, Chinese, and North Korea governments.” 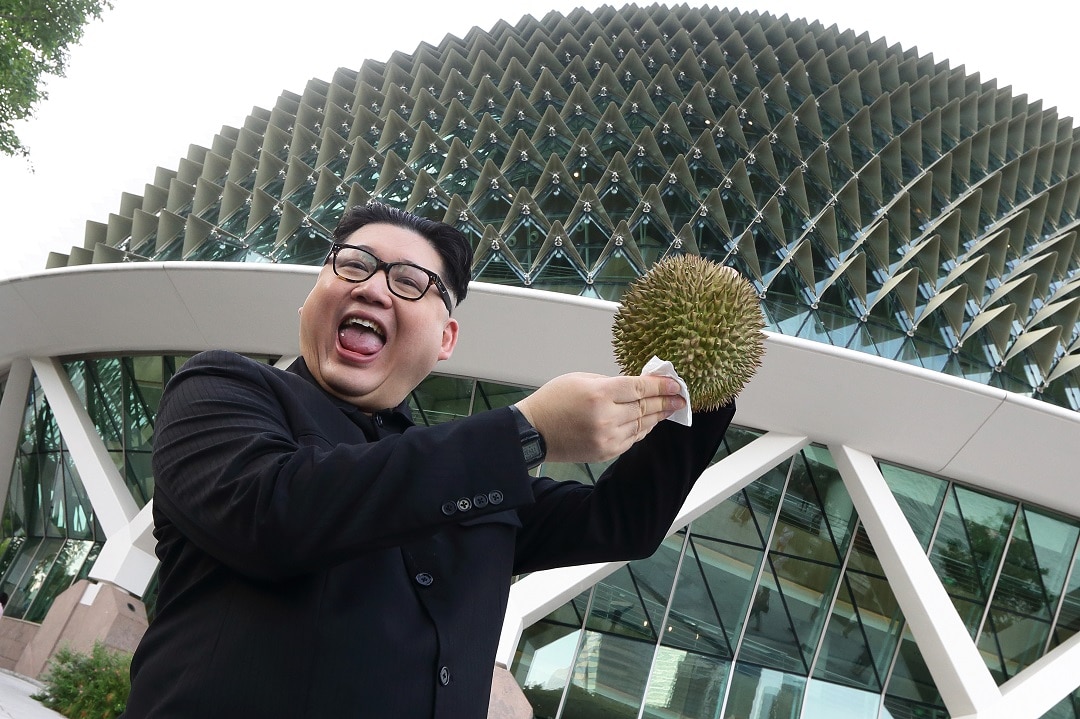 Howard X was born in Hong Kong and relocated to Melbourne at the age of 10 to attend primary and secondary school in Australia.

“After spending some time in Hong Kong afterwards, I returned to Australia for university studies until I graduated and went back to Hong Kong," he says.

As an impersonator, he has travelled the globe and lived in Brazil, Argentina, and the United States. His job, which he says has offered him “unique experiences”, has also come with its fair share of danger.

"Due to my career, I was [once] deported by the Vietnamese authorities, almost detained by the Singaporean government, and was tailed after by North Korean spies in South Korea,” he says.

"This is anything but surprising, and my family has already got used to it.”

While he has yet to seek the assistance of the Australian consulate in Hong Kong, he says he will consider doing so if the situation worsens.

He has not ruled out returning to Melbourne in the future.

"I'm from Melbourne, that's why I would definitely choose this place. For me, Melbourne is the best Australian city, with all kinds of delicious cuisines and top-of-the-line art creations.”