By Tania Lee
Share
According to the FIRB annual report for 2019/20 released on Thursday, the growth represents a surge of 16 per cent from mainland China from $6.1 billion to $7.1 billion. The numbers include both residential and commercial real estate.

"The year 2020 was unprecedented, involving as it did a once-in-a-century pandemic and massive interruptions to global travel and trade,” said Juwai IQI Group Co-Founder and Executive Chairman Georg Chmiel.

China is now climbing back up the ranking as the third largest source of foreign investments in the real estate sector by country, behind the US and Singapore, who purchased $13.1 billion and $9.5 billion respectively this past year.

China was previously the top-ranking source of real estate investment in Australia between 2016-18, but fell to fifth in 2018-19.

Real estate investment from Canada and Hong Kong dropped sharply compared to the previous year, from $13.3 to $3.3 billion and $9.3 to $2.4 billion respectively.

China’s investment in real estate grew by almost 10 per cent across as a proportion of its investments across all industry sectors. 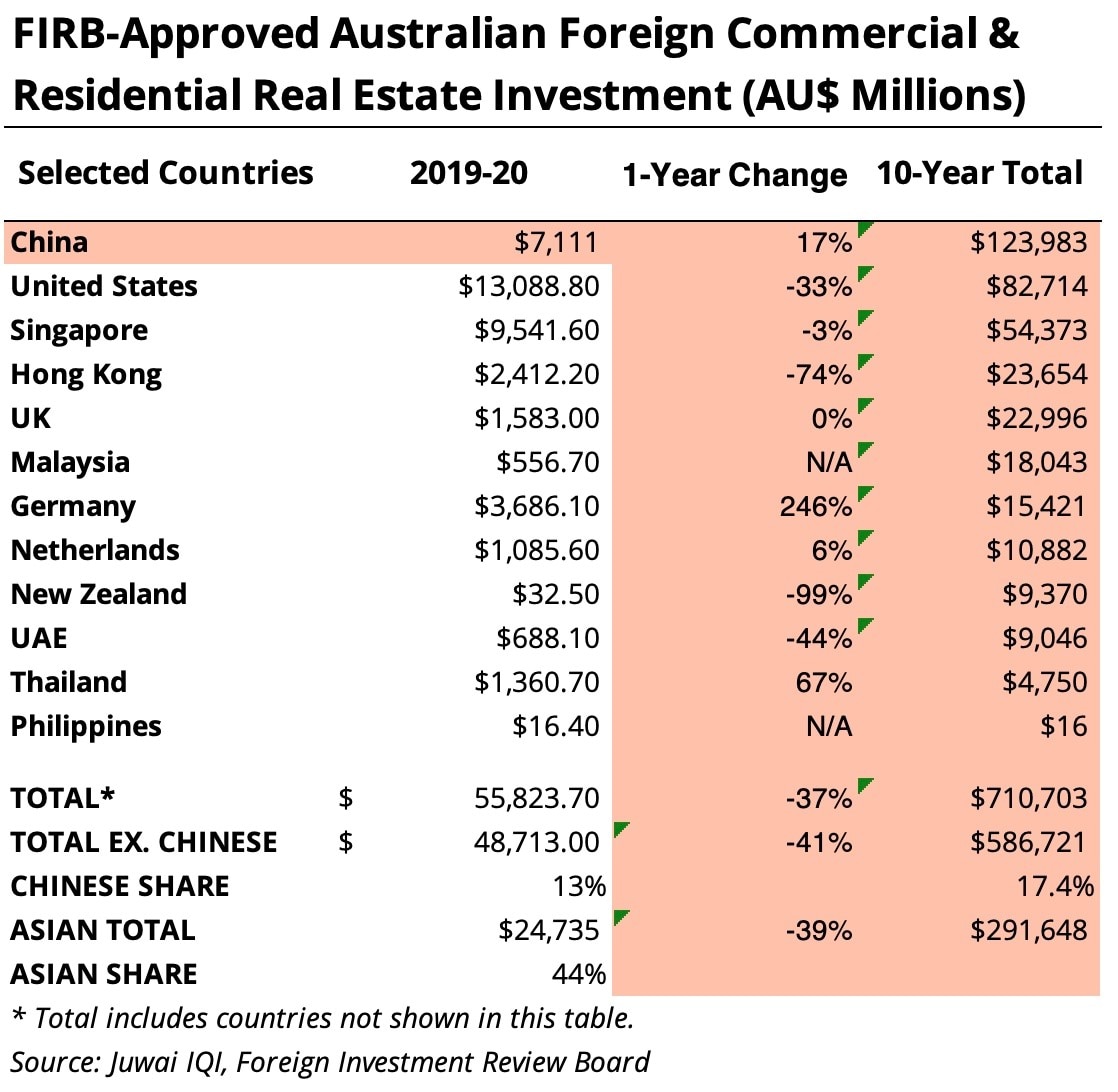 "When it comes to cross-border real estate buyers, Australia is now more attractive than ever [because of how it handled the pandemic]. Only the closed borders and the inability of foreign students to attend class in Australia in person is holding foreign residential investment back today,” said Mr Chmiel.

"Like New Zealand, Australia has been a relative island of safety and good management. Australia used to be considered a backwater and second-best after the US and the UK. Today, Australia looks like a leader and it is those countries that have had their reputations shaken."

"Australia’s roaring property market is incredibly appealing to anyone who wants to make a good investment. They like to buy into rising prices because they think they are more likely and more quickly going to make a profit," Mr Chmiel said.

Residential real estate accounts for about 9 per cent of the total value of foreign investment and 86 per cent of all approved applications. 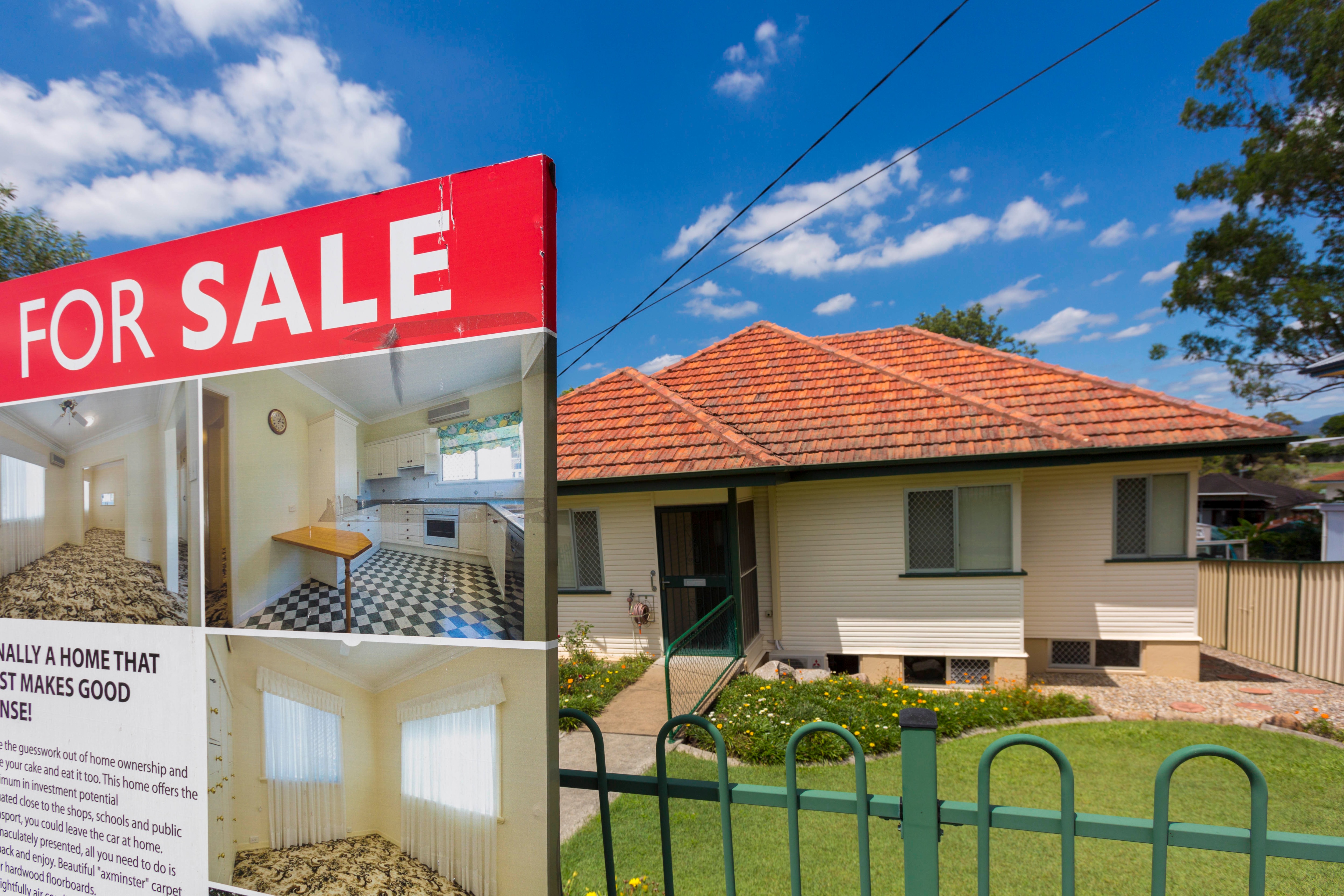 Not many foreign buyers are keeping properties vacant.
AAP

Foreign investment into Australian residential real estate jumped by 15.5 per cent to $17.1 billion.

“That is a surprising increase, given the difficult global environment in the first half of 2020,” said Mr Chmiel.

Few foreigners are leaving their Australian investments empty. Just 109 foreign-owned homes anywhere in the country were deemed to be unoccupied during the period.

“Foreign investment is helping to create housing for the rental market rather than taking property off the market,” Mr Chmiel said.

The number of foreigners found to break the rules when buying residential real estate in Australia has plummeted by 57 per cent. Just 259 properties were found to be in breach of the rules, which is down from 600 in the prior year.

The FIRB deemed most breaches mistakes by investors not realising they were doing anything wrong. 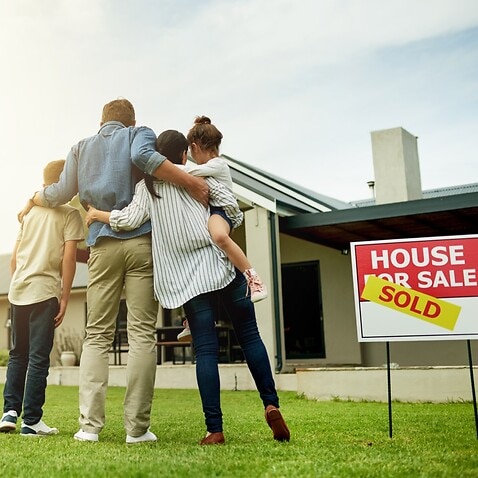 Things to know when buying your first home