The Chinese director became the first woman of colour to win the Best Director award at the Academy Awards, while her film 'Nomadland' took home the Best Picture gong.

But while the Chinese-born trailblazer's win was celebrated internationally, state media in the homeland remained silent, with no mention of her win by either CCTV and Xinhua - the two main state-run outlets - reportedly because of a ban ordered by the Chinese Communist Party's Publicity Department.

Hong Kong outlet TVB, which has broadcast the Oscars every year since 1969, said it wouldn't carry the ceremony this year citing "commercial reasons". The news item posted by SBS Chinese before it was deleted.
Weibo

Born in Beijing in 1982, Zhao didn't leave China until she moved to the UK as an international high school student at the age of 16.

After graduating from NYU Tisch School of the Arts, she began her film career in the US.

A month ago, Zhao’s nationality sparked a heated discussion among Chinese netizens, who referenced an interview she gave in 2013 in which she appeared to be critical of her birth country.

To add to the confusion, the Chinese-run Global Times outlet posted a message on Twitter congratulating Zhao for her win at the Oscars, which was met with numerous comments asking why the news was blocked on other social platforms.

The film was scheduled to be released in China on April 23, but murmurs of censorship began to circulate when the tags "#nomadland" and "#nomadland release date" were suddenly blocked on Weibo on March 3, and the film's promotional materials subsequently disappeared.

Although it is not clear whether the film will be pulled in the country, due to the current situation, Chinese mainland audiences will have to wait to see it. 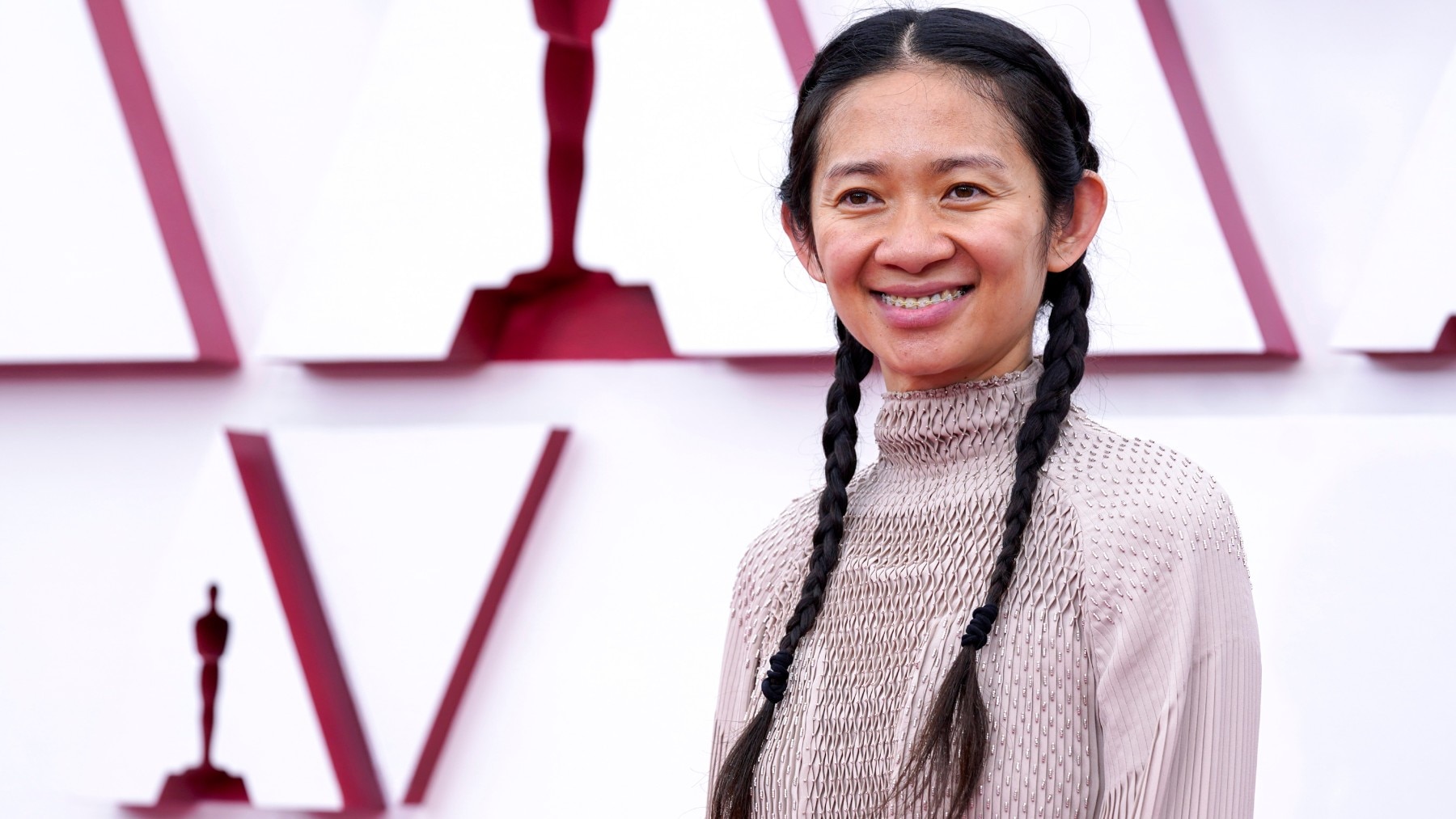 The controversy referencing 2013, as cited by the Global Times, was an interview given by Zhao to the Filmmaker Magazine in which she said, "it goes back to when I was a teenager in China, being in a place where there are lies everywhere".