The popular Chinese mobile app WeChat is likely to become the next major platform for Australian politicians. After the Australian Liberal Party was rumoured to have used it to campaign against Labor's policy in the 2016 Federal Election among Mandarin speaking Australians, Federal Shadow Treasurer Chris Bowen has now been speaking to and answering questions live with more than 350 Chinese WeChat users this week.

On Monday 23rd of October, Shadow Treasurer Chris Bowen engaged in a one-hour live chat with a group of Chinese Australians on WeChat, which made him the first Australian politician to have held a WeChat Live dialogue.

It is reported that the planning of this event, titled, "Shadow Treasurer Chris Bowen guest live chat on FutureAsia" took about three weeks, organised by several Labor federal parliament staff of Chinese background.

FutureAsia is the name given on Labor's policy on engagement with the Asian region which Bowen describes on his website as "a whole of government framework which will underpin our efforts to deepen and broaden our engagement."

The live group chat utilised the Shadow Treasurer's own WeChat account and more than 350 participants. Some were invited in by one staff member adopting an account named 'FutureAsia chat assistant', and others by their WeChat friends who were already in the group. 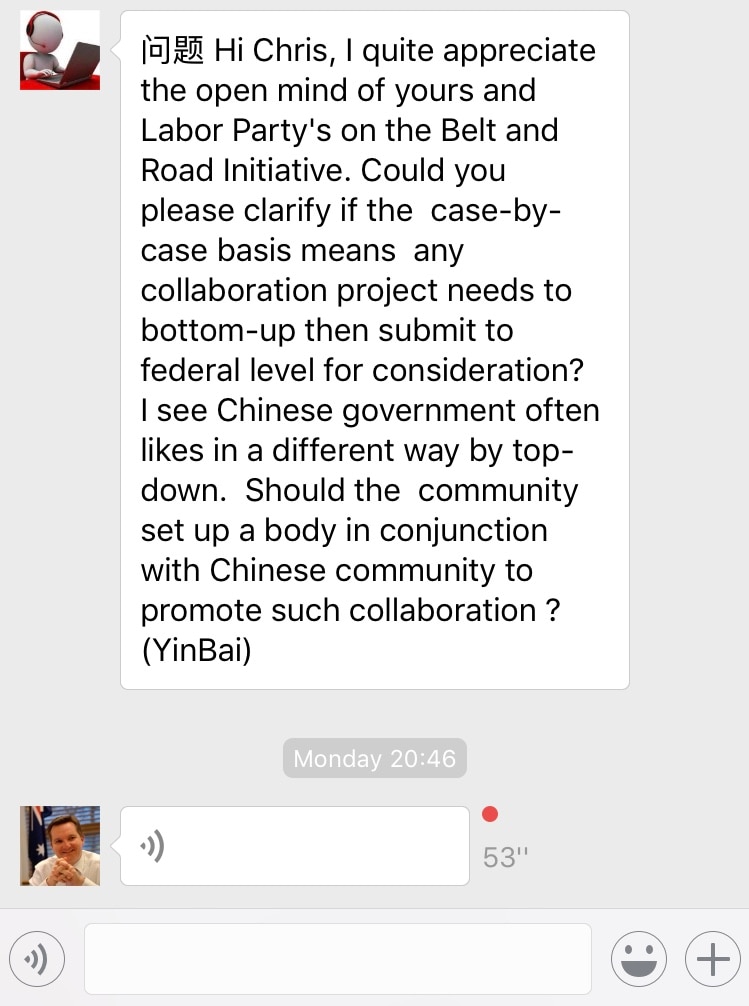 The live chat started at 8pm by Bowen speaking in the group via voice messaging about Labor’s FutureAsia policy and ended right on the dot at 9pm with several questions from viewers.

In his brief introduction of FutureAsia, Bowen reiterated Labor’s intention of building a "much deeper and stronger engagement with the Asian region" that goes beyond trade relationships, emphasising the importance of China in the FutureAsia policy.

In his answer to another question he also said that the "goals of FutureAsia and the Asian Century White Paper [the preceding Labor policy on Asia created by the Gillard government] are the same."

He also revealed that opposition leader Bill Shorten will soon be visiting Asia.

Questions were mainly concentrated around "One Belt One Road" (Australia’s foreign policy on China), the Coalition’s failed attempt to change citizenship law, Asian language education and freedom of speech in Australia universities. 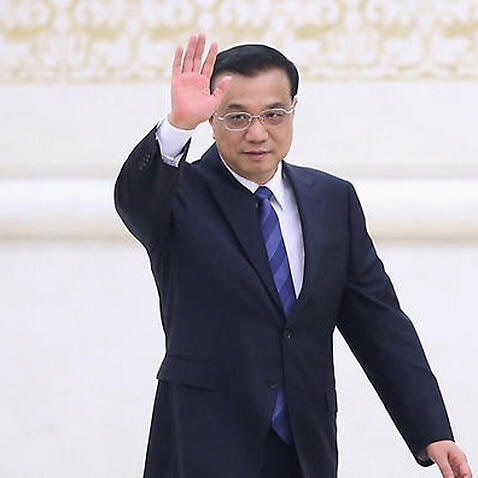 A quick guide to China’s ‘One Belt, One Road’ initiative

Bowen gave a succinct voice response to each question that ranged between 30 seconds to one minute long.

The majority of questions were submitted prior to the chat and canvassed by ‘FutureAsia chat assistant’, with only a handful of those submitted being selected to be published and answered in the live chat.

For example, Chinese WeChat user Mack posted repeatedly a question about "Labor's position on the South China Sea and Taiwan" but was ignored.

Mack and a few others said "all questions are carefully chosen by the Assistant," which made him feel the whole event was a "staged show."

He said it reminded him of listening to a speech in People’s Congress in China, with several others agreeing that “they are used to politicians’ speech."

Not all responses were cold. Long and Yin both felt "Chris did very good tonight as a professional politician regardless of what he said" and that "he answered what he could and should in a consistent manner."

The FutureAsia chat assistant said that questions left unanswered could be emailed to Bowen.

‘Sailing with a borrowed boat’

One report from the Australian Chinese-language media outlet AU123 likened Bowen’s WeChat Live dialogue to the Chinese expression "sailing with a borrowed boat."

With several other reports in Mandarin, it complimented Bowen’s new experiment as "innovative" and "visionary."

WeChat is likely the most used online communication tool in China and among the Australian Chinese population. An increasing number of Australian businesses such as Swisse and the National Gallery of Victoria have set up public subscription accounts on WeChat to get their messages across to Mandarin-speaking Australians. During the 2016 Federal Election, it was alleged that the Coalition was behind several articles that went viral on WeChat, centred on people from Chinese communities around Melbourne, with sensational headlines such as "Shocking! Labor wants to grant 30,000 refugees permanent residency" and "Let's protect our children from being taught to be gay by the Safe School Program."

Liberal party communities engagement committee chairwoman for Victoria, Gladys Liu, denied to the Guardian at the time that it was an intentional campaign of misinformation.

The Labor candidate for that electorate (Chisholm), though told the Guardian that  "It was lowest-common-denominator politics. It played on their greatest fears... spreading untruths specifically designed to turn the Chinese community against [Labor]."

"There was clearly no factual basis but it was very opportunistic."

These articles were said to increase Coalition support within the Australian Chinese community.

During the chat Bowen said it was his first time using WeChat and that he was aware that the Liberal Party has used it before. He "wants to use WeChat to interact better with the local Chinese community, especially with young people."

He also said, “It was my first time, but certainly not the last time." 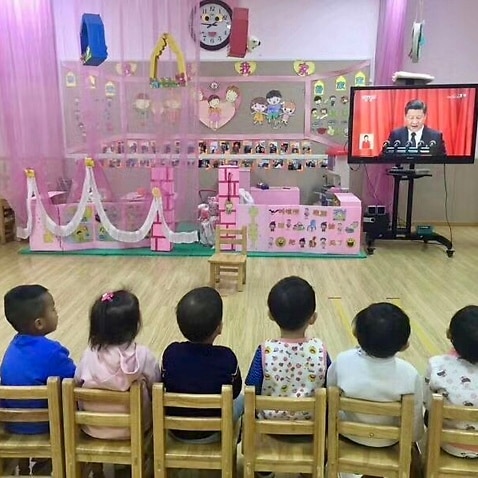