"I don't know him. I try to avoid him when he shouted at me, but he just attacked me!"

A Chinese Australian woman named Lina contacted local Chinese language media Sydney Today, revealing her terrifying experience of being attacked by a stranger on the streets in Burwood, a Sydney suburb with a large Chinese Australian population.

According to the report, while Lina was waiting at the traffic light near Burwood shopping mall around midday on the 4th February, a Caucasian-looking man suddenly shouted at her, with what she describes as "a series of insulting words  - and yelling 'Get out of my country.'"

According to Lina, although she tried to walk away, the man stopped her and punched her in the face, causing immediate bleeding.

The alleged attacker reportedly left the scene after the victim called the police and emergency. SBS Mandarin tried to contact the victim, but was told that Lina does not want to be interviewed by other media.

SBS Mandarin spoke to a witness to the incident -  Ms X, who preferred to stay anonymous.

Ms X says she was driving past when she saw the incident and so she slowed down and horned in attempt to the attention of other drivers.

"I was thinking that if someone would get out of their car to intervene, I may get out my car too,” she says.

Hearing her horn, the assailant turned to her car and allegedly started hitting her windows and shouting at her.

Because she was conscious of having her child in the car with her and "a line of cars behind me," Ms X says she had to drive away.

“When I told my kid that I want to go back and check, they were a bit scared," she says. "I said 'we can't leave the poor girl (the victim) alone.'”

When she managed to come back after parking her car roadside, she located the victim whose face was covered in blood, surrounded by other people. She left her contact details to the victim.

"I was wondering why it's been so long yet the police still haven't contacted me?"

Ms X told SBS that as she didn't hear from the police, she phoned Burwood station yesterday, confirmed her contact details and expressed her willingness to provide witness statement.

According to Sydney Today's report, victim Lina believes the incident was "a severe racial attack" - not just an ordinary assault.

Ms X said to SBS: "Even if it is not considered as a racial attack, I think we still need to be concerned. I hope my witness [evidence] can help the Police to fast track the case."

What to do if you witness a racial attack?

Almost 40 per cent of racial attacks occur in public spaces; and according to VicHealth survey, one in three people reported that they’d witnessed a racist incident within the past year, yet almost half did nothing to intervene.

Managing director of All Together Now, a not-for-profit organisation dedicated solely to addressing racism, Priscilla Bryceis says that research shows that people often remain inactive because they don’t want to be the first person to take action.

"They’re more likely to assist if someone else initiates a response,” she explains

"But also, people can also remain quiet if they don’t feel safe to speak up or step in, or if they feel unsure of what to do or say to help.”

This recent SBS story explains how to react and make a difference when you witness a racial attack, including exchanging contact details with any other witnesses present, which will help assist police with their investigations.

Watch all the documentaries online after they air on SBS On Demand. and watch Is Australia Racist? below: Am I racist if I am not into interracial relationships? 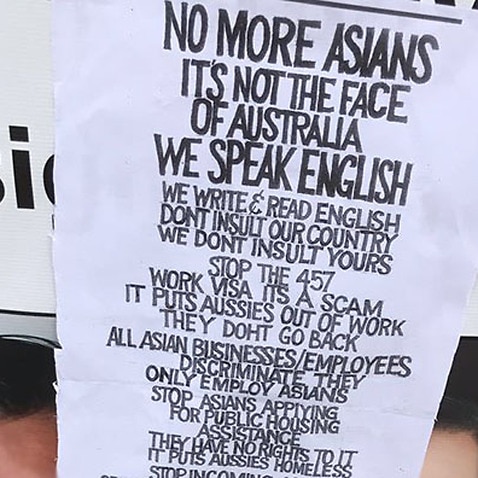 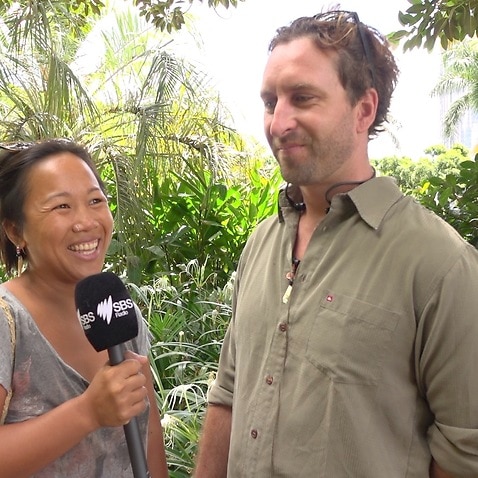 'They think I'm his escort' - the challenges of interracial dating