Australia's former Prime Minister Kevin Rudd believes that tensions relating to the South China Sea were reminiscent of the start of World War 1.

Speaking at the Foreign Correspondent’s Association in Sydney on Thursday, Mr Rudd warned that "nationalism" was fueling tensions between China and its neighbours over disputed South China Sea territories.

China claims sovereignty over all South China Sea Islands and their adjacent waters, which is a source of contention with neighbouring countries and the US, which passes more than $1.2 trillion worth of trade through the sea each year.

China's Defence Minister Wei Fenghe on Thursday said the country would never give up an inch of its territory, following concern over what Beijing considered an affront to its sovereignty after two US warships sailed through the Taiwan Strait. 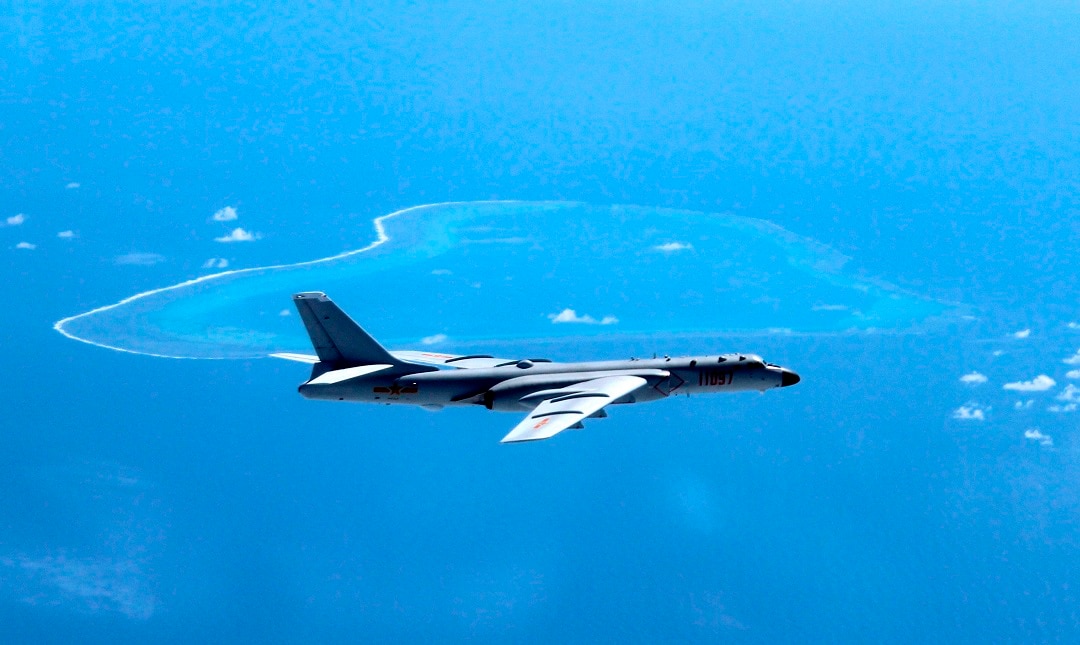 A Chinese H-6K bomber patrols the islands and reefs in the South China Sea.
AAP

"At the beginning of 1914, no one thought war was possible. And by August, the guns had already opened fire," he said.

"When nationalism comes into play, rational political judgment sometimes goes out the back door. That's the problem that we now face. There's too much metal rolling around the place, either on the sea, under the sea, or in the air. So, there's kind of a law of probability at work these days in the South China Sea."

While supporting Mr Rudd's comments that a conflict over the territories was possible, international relations expert Professor Baogang He said history told us that the tensions could be managed diplomatically.

"Historically, the Danube River was a source of war. There was, on average, one war every 19 years between the seventeenth and nineteenth centuries, including ten major wars in Europe in the name of sovereignty and territorial integrity," he told SBS Mandarin.

"These historical records - plus the single draft China Sea Code of Conduct that ASEAN and China have agreed in Singapore - give us some good reasons to believe that Asia as a whole can manage its maritime disputes to prevent war from occurring, or control the number of wars, that is, war is likely to be a tiny number."