Stephanie Sang and Chris Yan are two Chinese-born and raised athletes on the Australian table tennis team heading to this year's Tokyo Olympics. They speak to SBS Chinese about their road to the Games.

The Australian Olympic Committee recently announced the complete six-player lineup to represent the country in table tennis at the Tokyo Games next month.

For Yan and Sang, who are both born and raised in China, the road to Tokyo has been full of unexpected obstacles.

They tell SBS Chinese that the COVID-19 pandemic has not only changed the Olympic schedule but also the way they are preparing for the delayed event.

For Sang, 34, the excitement she feels heading into Tokyo is one she's familiar with, having competed at the 2008 Olympics in Beijing.

"To enter again 12 years later, this is probably my last Olympics, I'm even more excited."

'I believe I'll do better than last time'

Sang says her childhood was much like other Chinese children when she picked up a table tennis bat as a young girl.

By the time she was 10, she was playing professionally. She kept developing up until she immigrated to Australia at age 15.

She went on to become an Australian citizen and represented her new country in Beijing.

The Melbourne resident says the long and short lockdowns that her city has been through over the past year, have changed her training habits.

"Training has been intermittent. At home I'd do a bit of training to maintain my physical form," she says.

Chris Yan also admits his preparation for Tokyo has looked very different from the past due to the pandemic, with less practice and more physical training.

He previously competed for Australia at the Rio Olympics in 2016.

"With prior experience, no matter the preparation or the way I present myself mentally on the day, I've improved a lot," he says.

"I believe I'll do better than last time."

A return to the game after 10 years

Unlike the 2008 Olympics, the biggest difference for Sang is that she's now a mother of two.

It was the arrival of her children and the establishment of her family, that saw her bid farewell to the sport after competing in Beijing.

Even though her form was still good after retirement, she had entered another stage of life.

After more than 10 years playing the sport, she felt it would have been "boring" to remain as a coach and, therefore, chose to spend more time with her family. Stephanie Sang with her children.
AOC

She eventually returned to the sport, spurred on by her dream to take her seven and nine-year-old children to the Olympics to experience the spirit of competitive sport.

However, due to the pandemic, her hopes of a family trip to Tokyo were dashed.

"My original intention was to take my kids to show them what competitive sport is, what the Olympics is, and to experience the world's highest level of sport on location and to see it firsthand."

Sport is borderless. It is very, very fair. You win because you're strong. There are no other factors. Sport is meant to be very clean, pure and free from other influences.

To carry on the sporting tradition, Sang's two children started table tennis training at a young age. But under the guidance of a professional player who is also a strict mother, Sang says her children have room to improve.

"Sometimes all I can see are their problems and mistakes. I'd be oblivious to their improvement and spend less time motivating them.

"They don't really love the sport. Most of the time it's me telling them what to do."

She smiles before concluding, "Teaching your kids what you are good at is a challenge."

Growing up under the Chinese system and training from the age of five, Sang can appreciate the various differences between the Australian and Chinese table tennis training methods. Sang says her kids are growing up in a "free" environment that is "for sure more enjoyable due to the fact they can choose their own interests and hobbies." But the disadvantage is "they find it hard to persist".

Table tennis is a sport that emphasises skill, which takes a long time to build. Sang says it takes even more time to master it well.

Sang recalls her childhood experiences: "[In China] out of 10 [table tennis] players, only two would be able to persist and remain. Those left standing aren't necessarily the most talented, they're the ones with more persistent parents."

At the same time, being part of the Chinese sporting system means players no longer need to worry about life matters such as competition schedules and registering for events.

She recalls as a 15-year-old, having just arrived in Australia and missing a national competition. "I didn't know I had to register myself to play," she laughs.

In Sang's view, the difference in the systems of the two countries and the persistence of Chinese parents are the reasons why there are so many Chinese players among the sport's top ranks.

Now, as a mother in Australia, she has chosen to combine her children's interests and her own to strike the right balance.

Eventually, she hopes her children will inherit their mother's table tennis talents.

Realising the Olympic dream in Australia

Chris Yan came to Australia as an international student in 2009, temporarily leaving the sport he was a professional at since the age of nine. When Yan, 21, arrived in Australia to "broaden his horizons", he started out by undertaking translation studies.

He says shortly after arriving, he found there was a need for his skills. He entered the Australian Olympic team, thus fulfilling his dream.

"[When I was an international student] and working part-time, I hopped online and learned that a sporting facility needed a table tennis coach."

As a coach and taking teams to compete in events, he began to understand the Australian table tennis team's demand for talent.

"Relatively speaking, the overall level of table tennis in China is pretty high. The upper mid-level there is the equivalent to the top level here.

"So getting into the Australia team is pretty easy."

In 2014, Yan represented Australia at the Commonwealth Games. He placed ninth in the men's doubles, fifth in the team event and 17th in the mixed doubles.

In 2016, after a fiercely competitive qualifying round, he won the trials and represented Australia in the Rio Olympics in the singles and team event.

After his Olympic debut, Yan took part in the 2018 Commonwealth Games on the Gold Coast. He participated in the singles, team and mixed doubles competitions and placed 17th, fifth and ninth respectively. Outside of his career as a professional table tennis player, Yan works in administration for a real estate company.

"It would be pretty hard relying on table tennis to make a living," he says.

He has never given up on his dream and commits time to prepare for the Olympics after his day job.

Life and playing sport don't go hand in hand. If you want to fulfil your dream of participating in the Olympics, then you have to make some sacrifices in your daily life.

Yan says Australia's table tennis level is still far behind the likes of China, Japan, South Korea and Germany. His goal for the Tokyo Olympics is to play at his own level and compete in each match as best as he can.

The Australian team will head to Queensland for squad training at the end of June before leaving for Tokyo on July 19.

The table tennis competition in Tokyo will be held from July 24 to August 6. 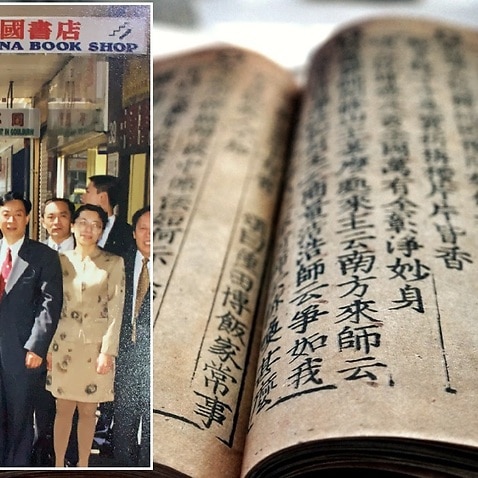 'We were like family': How a humble bookstore became a cultural hub for Chinese Australians Australia-China relations: How we got to where we are today 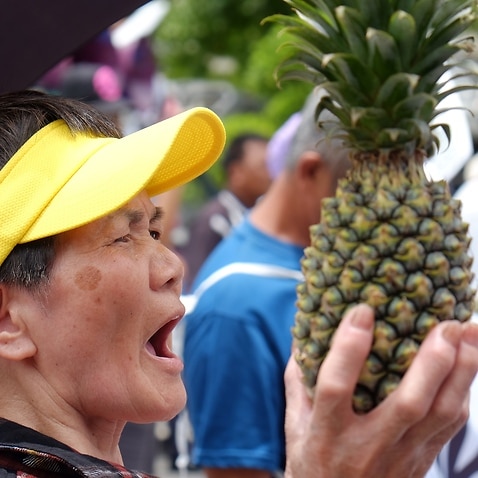