Australia might have the Melbourne Cup - the 'race that stops the nation' - in China though, it's apparently politics that brings the country to a standstill. Citizens have taken to social media in droves to share pictures showing millions of viewers across the nation glued to their screens to watch the live broadcast of the 19th Congress of the Chinese Communist Party.

Top Chinese Communist Party officials have gathered in Beijing for a summit that occurs once every years and that will unveil who will lead the 1.3 billion-strong population until 2022.

As they do so, regular citizens across China from all walks of life and in every corner of the nation are also closely following the event in their own way - watching live broadcasting, wherever they are.

It's a phenomenon that the government is keen to promote.

State media boasts about how keen Chinese citizens across the nation to stop their lives and work for a while to watch the livestream of the Congress.

Countless photos shared by users on one of China's largest social platforms, Weibo, show people tuning in on the street, on cars, subway and more. Retired citizens in Chinese Communist Party's sub branches organise to watch the congress together in a public square.
Weibo A livestream of the 19th Congress is enabled on China Eastern services today.
Weibo

The China Daily newspaper has posted pictures showing Chinese soldiers watching on their phone on a boat near the China- Russia border, and Tibetan villagers from what officials claim as the "Chinese town at the highest sea level" watching TV in a courtyard. 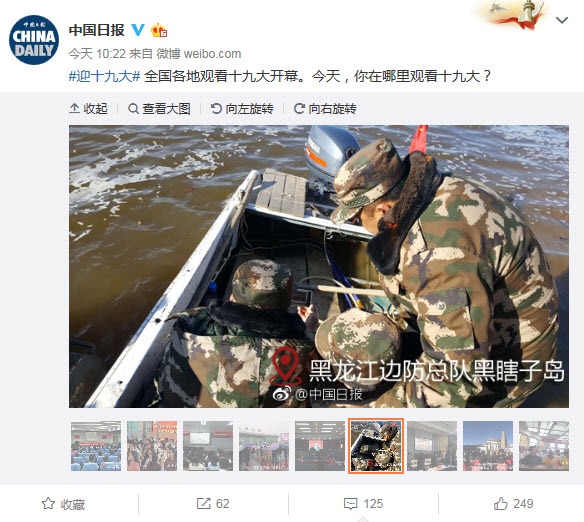 Chinese national Jackie Guo, who just started her first job in Beijing in a private company, told SBS Mandarin that in most state-owned workplaces staff are being organised to watch the Congress.

She says however that "myself and people around me follow the livestream and other social media posts closely too, to see if the new policy will be good for my work and life."

She said the Congress is like "the Spring Festival Gala" and that everybody watches in China.

Several images from unknown source circulated on social media platform WeChat showing that even kindergarten children were not excluded from this national push of watching the congress. Staff in a hospitial in China's Yunan stops to watch the 19th congress.
Weibo People from different ethnic communities in China have also been pictured watching the Congress together. Staff from the Yunan Puer Tea company gather to watch the conference in traditional clothes.
Weibo 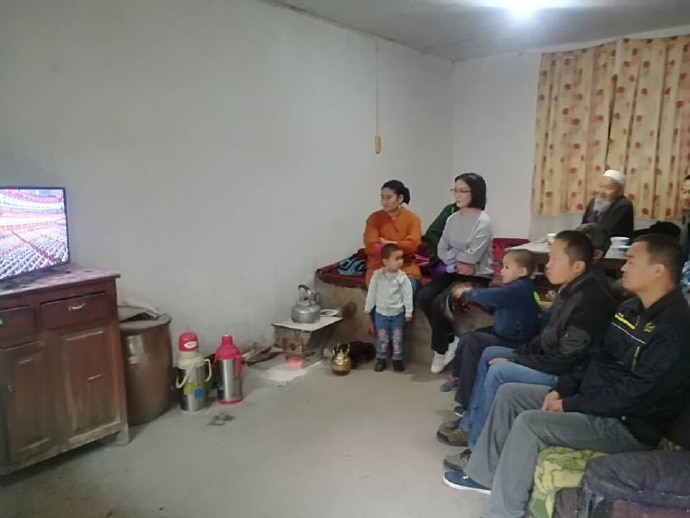 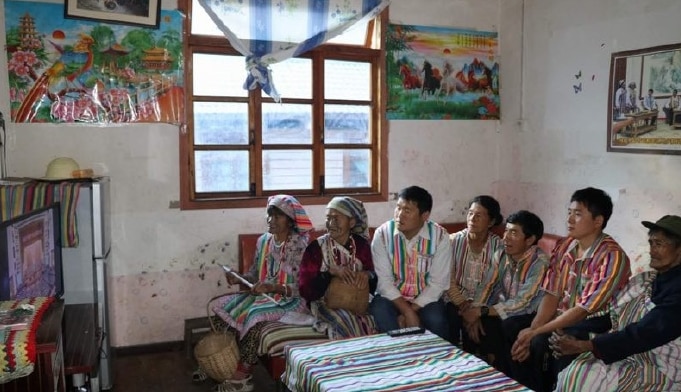 A family in China's southwest Dulongjiang township gather in their house to watch the congress.
Weibo

Photos of religious groups - from Buddhist monks to  prayers at mosques, watching the congress on TV have also emerged on social media. 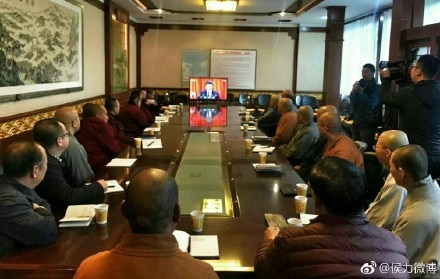 Even pop singer and actor Han Geng, who has been featured on SBS PopAsia, was filmed watching the congress opening on TV, according to Chinese Film media. In the footage, he did not speak or show his front face while watching. China as a one-party state has about 90 million Communist Party members, with an estimated 2000 party officials attending the Congress at the Great Hall of the People in Beijing this week.

Jackie says as a resident in Beijing where the Congress is taking place, life has not changed too much.

"Although train station security checks have become a lot stricter, and parcel delivery service between provinces has mostly stopped," she says.

"Almost all TV channels are livestreaming the Congress and you can't watch anything else." What can Australia learn from China's share bike regulations?