After seven years of ratings glory and controversies, laughter, tears, unsuccessful dates and happy endings for over 6000 Chinese singles, is it time for the world’s biggest dating show, If You Are The One, to move on?

Reports are currently circulating in Chinese entertainment media that the hugely popular If You Are The One has been axed- but so far producers have only confirmed a temporary hiatus.

According to a report by Chinese entertainment gossip site Sina Entertainment, If You Are The One aired its final show last weekend and has suspended filming of new shows.

The program recently posted an emotional and nostalgic statement on its official social media Weibo account, announcing that it would undergo a temporary one-month suspension, relaunching with an "overhauled" format in May. 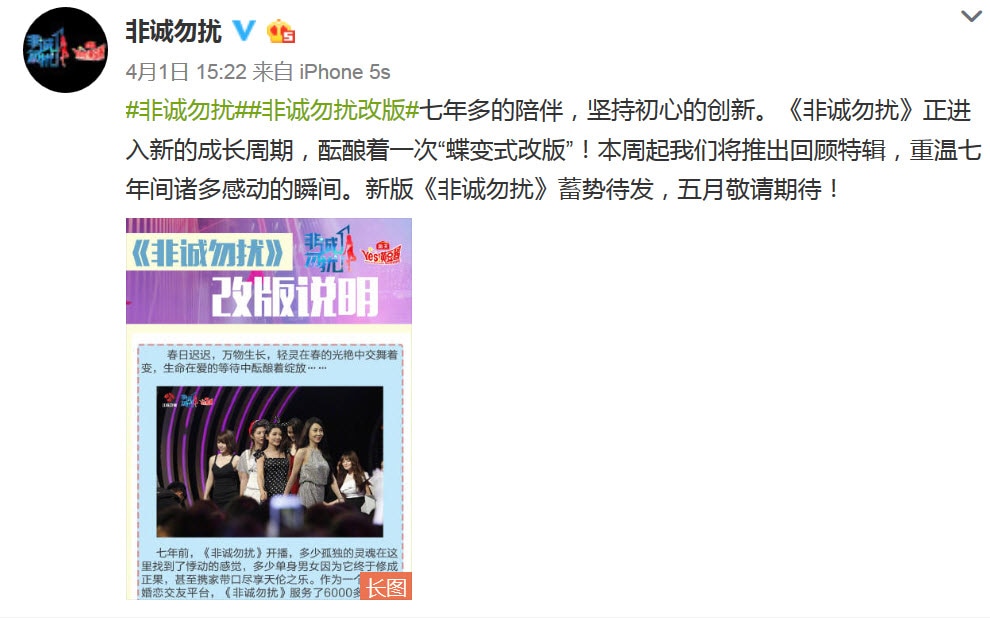 Screenshot from Weibo featuring a statement from IYATO China
Weibo

Jiangsu TV, the network that produces the show loosely based on the format of Australian dating show Taken Out, has also started to replay highlights from the past seven years while the program undergoes reformatting.

In their statement, the program promised its audience that they would "never leave" and called public to contact the program to have their say of the changeover. 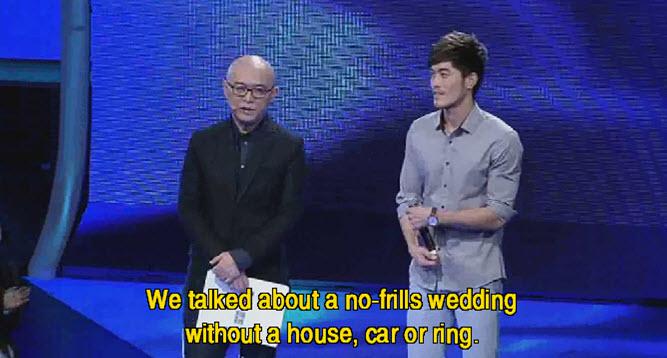 If you are the one image SBS
SBS

Mastermind behind the success of IYATO in Australia, head of the SBS Subtitling Department, Jing Han tells SBS Mandarin that a source hinted that the name of the show will remain after the makeover - making the rumours of an axing seem even less likely.  It is also reported that host Meng Fei will stay in the new show.

"I'm not aware of major changes that will have any impact on our programming," Jing Han told SBS Mandarin.

Jing added that SBS programming is behind the current show in China by about 8 months.

Wish a viewing audience of up to 50 million people per episode, If You Are The One has not only stirred up some of the most topical national discussions about relationships in contemporary China and given tips to millions of lonely hearts, but also become a cultural phenomenon, both in and outside of China.

If You Are The One airs on SBS VICELAND, 5:40pm on Weekdays and 7.15pm on Weekends and is available to stream now at SBS OnDemand.

Watch an episode from Season 8 below: