Coming Up Mon 9:00 AM  AEDT
Coming Up Live in
Live
Cantonese radio
More

One of Hong Kong's leading #Metoo campaigners speaks with SBS Cantonese about the harassment she endured which led to her involvement in the movement and obstacles she still faces in the territory.

Dr Minnie Li is one of Hong Kong's leading campaigners for the #MeToo movement, and together with her husband Dr Roger Chung, she leads campaigns to spread the word for the empowerment of women.

But it wasn't always that way.

Dr Li is a lecturer at the Education University of Hong Kong, teaching gender and sexuality.

It was in late 2017 when she was preparing a lecture on sexual harassment when she was reminded of a personal experience that she wished she had forgotten. She chose to face it.

She wrote a long post on social media, detailing the sexual harassment she endured at the hands of a church mate over a period of seven years.

Little did she know that her post would attract so much attention that at least five other victims came forward to report similar cases of harassment at the same organisation. That was when she felt she needed to get into activism.

Dr Li and another victim initiated a number of actions in 2018, including a joint signature campaign, seminar talks, and even Christmas carolling outside the organisation in December.

They replaced the lyrics of traditional Christmas songs by writing their petition into them. The carolling had caught the attention of the mainstream media in Hong Kong. In fact, long before Dr Li posted her experience online, she expressed her concerns to other friends and co-workers at the organisation. However, people who had heard her story often played it down.

“The most depressing thing is people would question my intention. They often see me as seeking attention and fame," she said.

"Even friends and churchmates whom I have known for years accused me of exaggerating the matter, as they would argue these so-called harassments are just what people would normally do on a date. And there are others who warned me not to do things that would damage the reputation of the organisation." Your favourite SBS titles to be available with simplified Chinese subtitles

Victim-blaming is another common attitude among the netizens and many would leave comments on the internet to criticise the victims for not doing enough to protect themselves, Dr Li said.

According to statistics from RainLily, a local NGO in Hong Kong that tracks sexual violence against women, 80 per cent of harassers/perpetrators were not strangers to the victims, but rather their friends, colleagues, or family members.

“It is obvious that harassers have abused the victims’ personal trust. And it is problematic to think that sexual harassment is inevitable so the victims should protect themselves by whatever means they can,” Dr Li said. Dr Li's husband Dr Roger Chung, an assistant professor at the Chinese University of Hong Kong, has been very supportive of his wife's actions. Witnessing and accompanying his wife through the first year of the #Metoo movement, Dr Chung said he had changed in two major ways.

“This first thing is I became more sensitive to what sexual harassment is. At the very beginning, like everybody else, I would question whether Minnie had exaggerated the incident," he said.

"It was after long conversations with her that I came to realise how painful she felt throughout the seven years and brought me to realise that I too had experienced some forms of sexual harassment when I was young.

“I also learnt an important thing: do not negate the victim’s feeling, and always listen first. At the end of the day, fighting sexual harassment is about respecting people’s feeling.” Future of the #MeToo movement in Hong Kong

“On the whole, the #Metoo movement is still gaining limited attention in Hong Kong. People are either fed up with the term ‘Metoo’ or quickly jump to the conclusion that victims should report the case to the police,” Dr Li said.

Having said that, Dr Li believes in the significance of the movement and would like to make people aware that there are always other ways to deal with interpersonal disputes.

“On our daily life, do you file a case with police for every type of interpersonal disputes? You wouldn’t," she said.

"Then why would filing a case with police be the only solution in case of sexual harassment?”

Men, too, have an equally important role to play. Dr Chung expressed that it was still very common for boyfriends or husbands to tell their partners to stay quiet in cases of sexual harassment.

“This is a social stigma in an Asian society on victimised women. To me, this is about social justice and I fully support Minnie’s actions. I wish to see more males doing the same.” Two months ago, Dr Li co-founded the group Gender and Sexual Justice in Action, which aims to address the injustice happening in the society, whether it is a sexual relationship, family, friends or any other social circles.

On the surface, females in Hong Kong appear to have equal opportunities to men. Hong Kong has a high female-male labour force participation ratio, and the current chief executive of Hong Kong is female.

But does it mean Hong Kong has equal opportunities for genders?

“Equality and non-discrimination are recognised within Hong Kong’s Basic Law and the Bill of Rights Ordinance, which is a significant difference to Australia, which has no federal Bill of Rights,” says Dr Amy Barrow, a senior lecturer at Macquarie Law School, who previously taught at the Chinese University of Hong Kong and researches on the role of Equal Opportunities Commission (EOC) and the Women’s Commission in Hong Kong on advancing women’s status.

However, it does not mean Hong Kong has full protection on gender equality. Dr Barrow notes that the majority of cases are handled through complaint investigation and conciliation, very few discrimination cases are granted legal assistance.

Also, the anti-discrimination ordinances do not compel public authorities to prevent any potentially discriminatory acts before they occur - they only redress discriminatory behaviour that has already occurred, that’s a major limitation of the existing legal framework in Hong Kong.

Dr Li said: “Labor force participation is only one of many dimensions to examine ‘equal opportunity’. In Hong Kong, a women’s median monthly earning is lower than that of men (26-40 per cent lower for most age groups). Also, Hong Kong’s gender pay gap is twice as much as Singapore’s. And among the eight public universities in Hong Kong, none of the vice-chancellors are female. Not now, not in the past.”

Fighting for gender equality in Chinese society has not been an easy path, and one may not necessarily see positive and drastic changes in the near future, but Dr Li and Dr Chung firmly believe in what they do and will keep pursuing it. 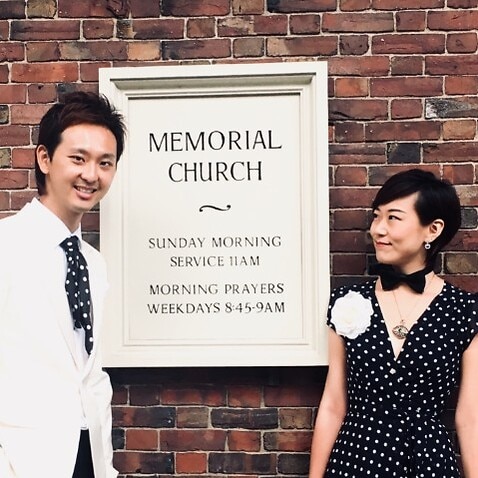