Discussing mental health issues has long been stigmatised in Chinese-speaking communities, but the pandemic has forced many who would normally hide their feelings to choose Western-style therapies and psychiatric help.

There was hope Melbourne’s lockdown was nearing its end and classes would return to campus in March.

Excitement filled apartment buildings that are housing many of the city’s international student community.

Of those who remained in Australia, at long last, there were promising signs of face-to-face interaction many craved and a chance to stretch beyond the confines of their tiny apartments.

But news of another outbreak and further lockdowns ahead of the beginning of semester one sunk the spirits of many who had already endured two semesters of online classes and sent Chinese international student Kate further into depression.

The pandemic's toll on international students

“I didn’t want to talk to people. I basically spent all my time on the bed... I kept failing and dropping my classes. I felt unsafe and lonely.”

Kate, who withheld her surname, says the idea of another long stint under lockdown was what triggered her downward spiral. International students in Australia have been hit particularly hard by the pandemic due to sources of uncertainty.
AAP

Being isolated in such a small place is torture. The lockdown made me really isolated. I was about to end my life.

But rather than not acknowledging her mental health issues, which is common in Chinese communities where it has long been stigmatised, the 25-year-old consulted a local Mandarin-speaking counsellor.

Kate says her life was twice saved by the counsellor who calmed her down, documented her deterioration and helped escalate her case through Australia’s mental health system.

She would later spend two months in a psychiatric ward where psychologists were available round-the-clock, making her “feel safe”.

“At the beginning, it was hard for me to accept the truth about being in a mental hospital … but after you realise, in hospital, you don’t need to worry about anything but your mental health issue.”

Kate says she is one of the lucky ones. 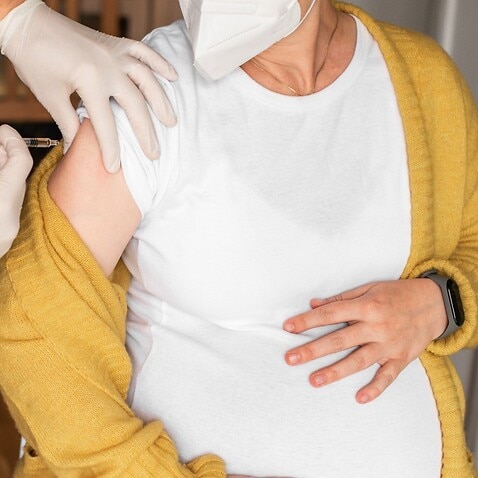 She says, international students are often not aware of where to go to seek help if they need it.

“Here [in Australia] you have resources, including psychiatrists, psychologists, counselling. It’s easy to approach, but not that easy for international students because if you don’t have a good local connection, there’s no way you can get to know [about them].”

Kate, who has a bachelor’s degree in psychology from mainland China, says Chinese people take their physical health seriously and pay very little attention to their mental wellbeing.

“A lot of peers my age in China … They have a lot of issues like me and they have nowhere to go.

At the height of mainland China’s own COVID-19 outbreak, more than a third of people around the country experienced psychological distress, according to a nationwide survey by Shanghai University.

But there’s an unprecedented shortage of therapists for the population of 1.4 billion people. The World Health Organisation estimates there were fewer than nine mental health workers for every 100,000 residents as of 2017.

"That’s why I’m hesitant to go back to China,” says Kate. 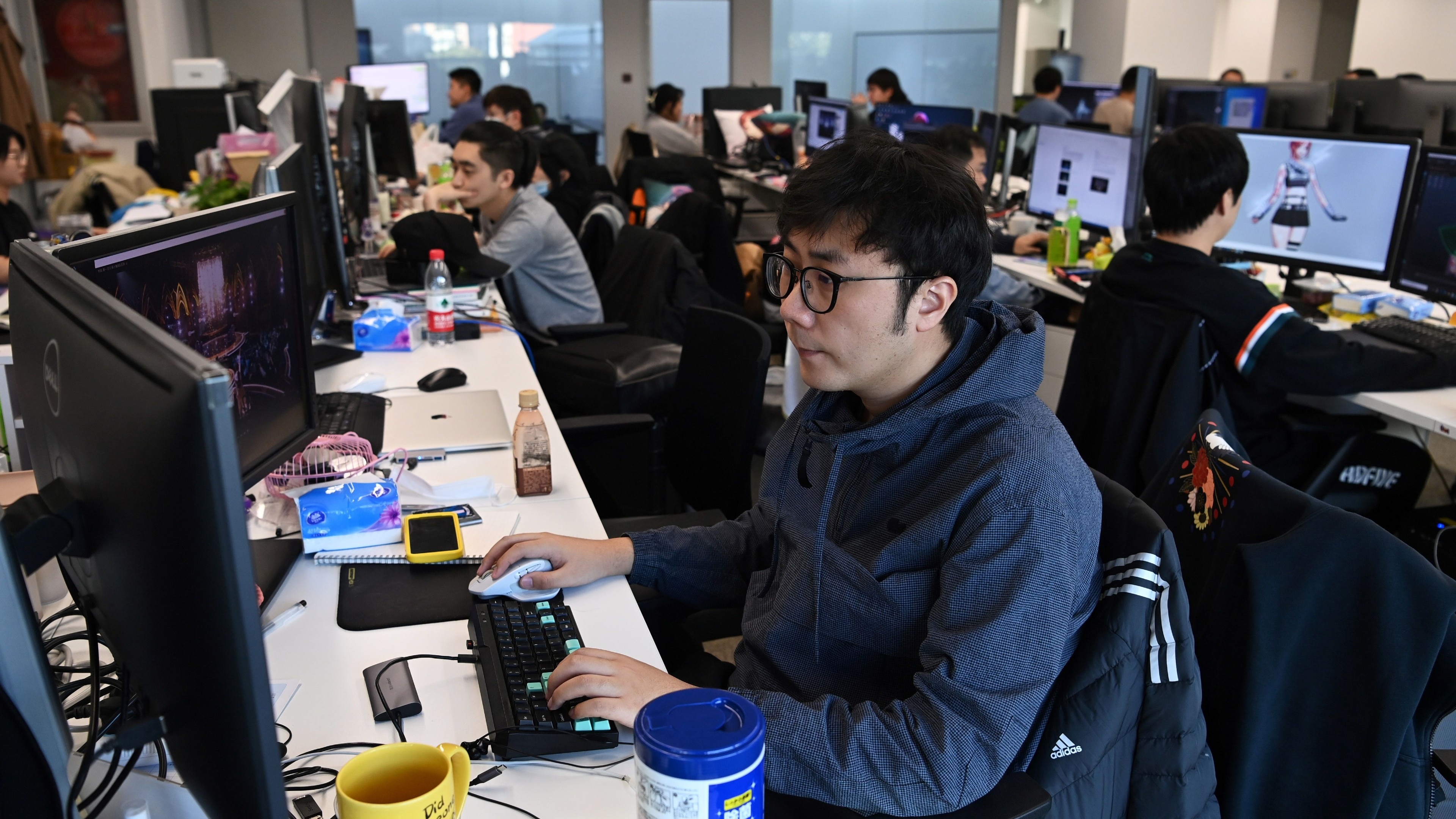 Months ago, Kate’s parents sought the advice of a psychiatrist in their city’s “best” mental health clinic.

“Everything he said to me, really p***ed me off. He was really hurting me. It just makes things really bad. Makes things worse. I prefer him not being a psychiatrist.”

Kate’s parents were once dismissive of her mental illness, telling her to be less emotional, stronger and tougher.

Before she arrived in Australia, they also had high expectations of her.

“I had to make a lot of money, had to have a lot of achievements,” she says.

But they’ve since “educated themselves” on mental health issues and have lowered their expectations after watching their daughter’s demise.

“They used to want me to do whatever they wanted me to do. But now they say they’re supportive of whatever I want to do. That's really something amazing.”

The single mother with an autistic child

Outside of Melbourne’s city centre, single mother of three Emily Ma says she’s at the end of her tether.

Her adult son has autism, is uncommunicative and requires constant care.

The centre he normally attends daily is closed due to the lockdown, leaving Ms Ma with full caregiving duties. 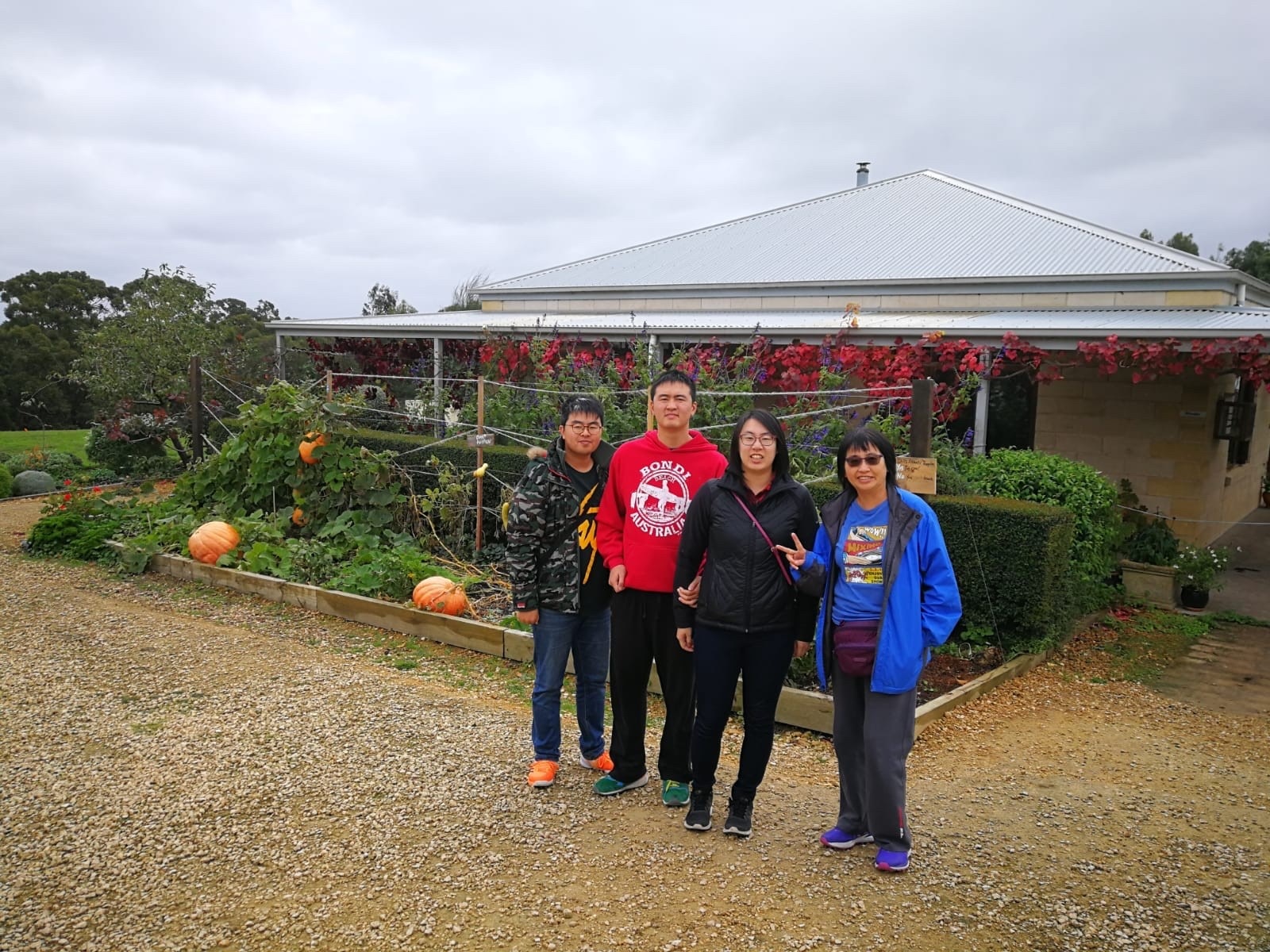 She says her son has grown restless, not knowing why he’s not being taken out.

“When he is upset, he may jump around to try to express himself or he may hit himself because he can’t speak. He will not hurt others, but if you try to forcibly intervene when his temperament is bad, he might fight back."

Under normal circumstances, Ms Ma says she would let him slowly vent but after spending over 200 days in lockdown she admits her patience is wearing thin.

“I have never felt I didn’t like my son … but lately, I’ve been waking up and finding myself a little resistant to him,” she says.

I would lose my temper at him, but then I’d feel guilty. I’ve never felt worse.

After confiding with close friends, Ms Ma was introduced to mindfulness and stretching classes run by non-profit organisation Centre for Holistic Health.

“I had never really heard about it [mindfulness] before. It did seem quite abstract,” she says.

She says the in-language classes - for Victoria’s Mandarin and Cantonese-speaking communities - have helped her loosen her muscles and get better sleep at night. 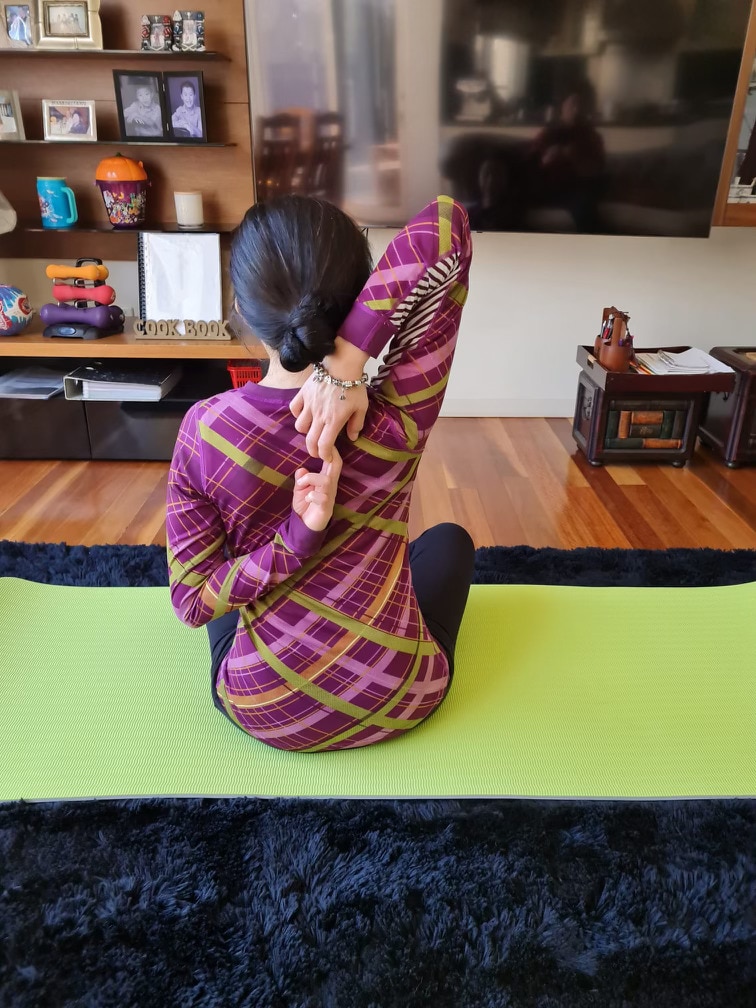 Ms Ma says participants are taught how to interpret their negative emotions and focus on their five senses.

Participants are encouraged to slow down and enjoy the process of daily tasks, such as eating or smelling different aromas.

“We focus on what we have, [even mundane] objects in life. [Eventually], I will forget about the negative emotions,” Ms Ma says.

“When I facilitate this program, I need to translate the concept in Chinese. It’s new to them,” says Ms Poon.

Ladies Café, a program she launched for women to support each other during the pandemic, has seen participation swell after the announcement of each Melbourne lockdown.

“I started these programs for women who usually take on the carer role. They take care of the children and household,” says Ms Poon.

“They are ladies who need to work as well. They don’t know how to get support and aren’t aware of their own needs.” 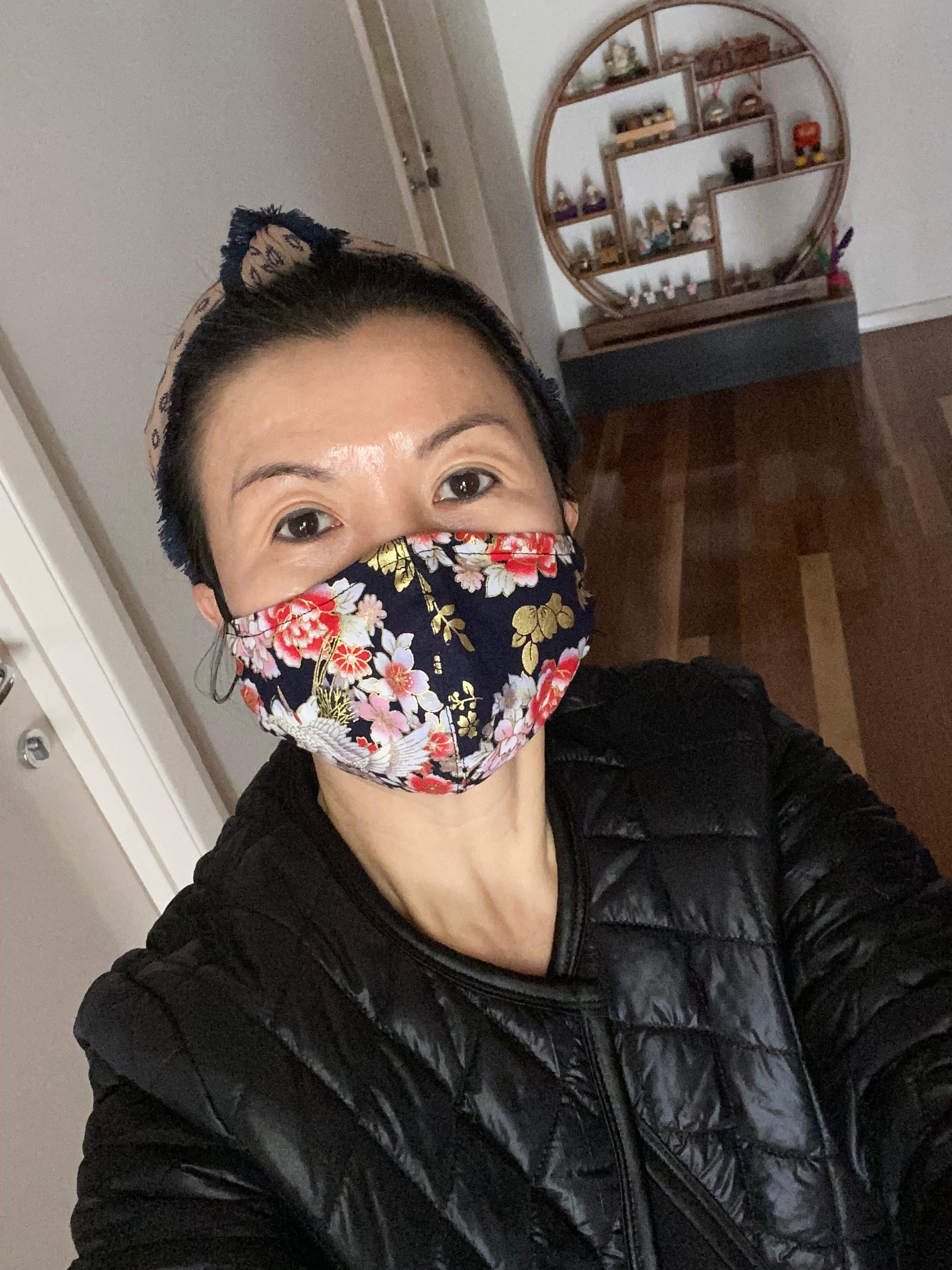 The housewife from Kew in Melbourne's east says she’s borne the brunt of friends venting their frustrations at her.

Ms Yuen says although the Asian community is small – an understandable reason why people don’t like to share personal matters - negative emotions are better out than keeping them in.

“I've been listening to a lot of stories from everyone, so I need to de-stress,” says Ms Yuen.

“There are some quiet ladies. But joining such a cafe, you’re made to speak out,” she adds. Ladies Cafe, a program launched by Centre for Holistic Health, has helped many Chinese-speaking women speak out about their struggles in lockdown.
Mei Yuen

Ms Poon surprised everybody by distributing afternoon tea to each participant.

Everybody joined the Zoom meeting while enjoying a plate of Asian desserts, the highlight of the occasion.

“She’s very nice to have around,” Ms Yuen says of Ms Poon.

“She has spent a lot of time ‘dealing’ with us,” she adds.

Centre for Holistic Health is running programs to help Chinese community members in Victoria cope during the pandemic. To participate in classes or to be referred to similar services in other states, contact the centre on 0401 718 043 or admin@chh.org.au.