SBS celebrates the Year of the Pig by expanding its subtitled offerings to cater for viewers from the Chinese community.

As Lunar New Year festivities kick in, SBS will launch the Chinese Collection - a selection of its finest commissioned Australian programs with Simplified Chinese subtitles, available to stream from February 5 on SBS On Demand.

The collection includes titles such as the crime drama Dead Lucky, female-led boxing drama On The Ropes, the documentary series exploring mental illness, How ‘Mad’ Are You? and a look at the truth about sexism in Australia, Is Australia Sexist?

Popular favourites including Child Genius and Insight are also part of the collection.

“SBS is the world’s most linguistically diverse public broadcaster, providing unparalleled services in 68 languages to the nearly five million Australians that speak a language other than English at home," Mr Taylor said.

“As we move forward, we will increase the accessibility of SBS’s distinctive local stories to more Australians by growing the selection of subtitled programs in more languages, building on our strong offering of international subtitled programs, which included more than 3700 hours over the last twelve months.” 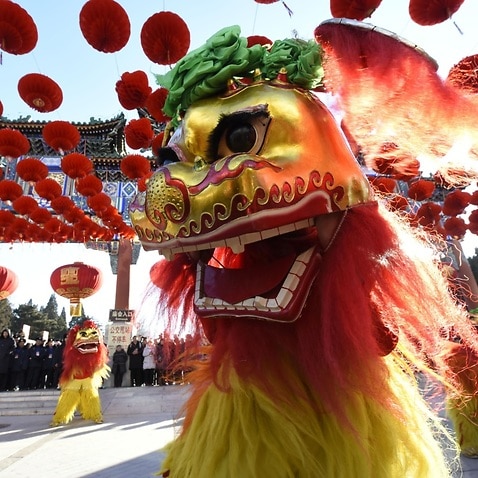 Lunar New Year: The legend behind the Chinese lion dance

SBS Director of Audio and Language Content Mandi Wicks said: “Mandarin is one of the most spoken languages in Australia and we’ve seen strong engagement with Simplified Chinese subtitled programs."

The network will feature a number of dedicated shows to mark the occasion including Chinese New Year: The Biggest Celebration on Earth and World from above – Aerial Asia, narrated by celebrity chef Adam Liaw.