Stybar was not expected to compete in Valkenburg, but even if he wanted to, shoulder surgery for an injury sustained a week earlier would have ruled him out for the rest of the year. Vos on the other hand is healthy but resting after a long season on the road where she again met several career milestones.

The Adrie van der Poel designed Valkenburg course will be defined by the famous Cauberg, also used for the Amstel Gold road race. The riders will face a compact course with steep slopes and a high degree of technical difficulty. 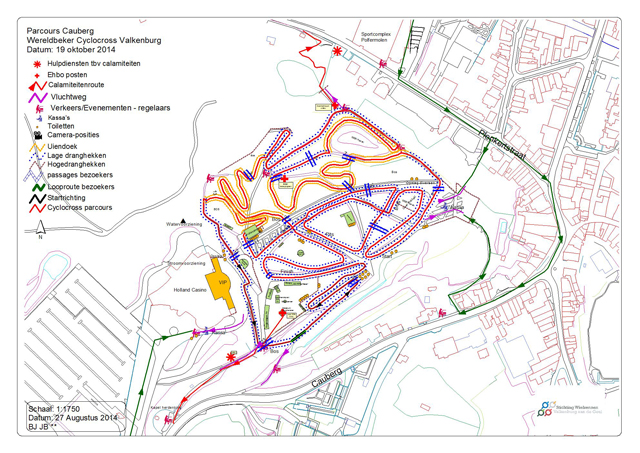 (A tight technical course will challenge the field)

Van der Haar will be the red hot favourite for the men, more-so after winning in 's-Hertogenbosch in the Netherlands last weekend. He will be chased by riders like two-time (2005/13) world champion Sven Nys (Crelan-AA Drink), French Champion Francis Mourey (FDJ.fr) and Kevin Pauwels (Sunweb-Napoleon Games).

With the absence of Vos it will be hard for Compton (Trek Factory Racing) not to wear the mantle of favourite ahead of British Champion Helen Wyman (Kona), Belgian Champion Sanne Cant and Nikki Harris (Young Telenet-Fidea).

Both the elite women's and men's races will be streamed LIVE via the UCI YouTube channel from 10:20pm AEDT.