Evans: "I'm just hoping that it doesn't bring about tears"

Previous Next Show Grid
Previous Next Hide Grid
Image 1/
Video 1/
Audio
Cadel Evans' final race as a professional cyclist bears his name, runs through his home-town and has his finger-prints on the design, but the former Tour de France winner is not giving himself much hope of winning
By
Reuters

The 37-year-old Australian, who announced his retirement plan in September, has instead set himself a tougher task of controlling his emotions when he crosses the finish line at the 1 Feb 'Cadel Evans Great Ocean Road Race'.

"I'm just hoping that it doesn't bring about tears," the Team BMC rider told a packed media conference in Melbourne on Tuesday.

"It could be difficult, that's for sure, but at the same time I really have given everything I have for the sport."

Evans became his country's first Tour de France winner in 2011, a feat rated by Australians among the achievements of the most hallowed national sporting icons like Don Bradman in cricket and tennis great Rod Laver.

Well before Evans decided to pull the pin on his career, government officials in his home state of Victoria had planned a race in his honour which would take in his home-town of Barwon Heads while boosting tourism for the coastal region, an hour's drive from Melbourne.

The result is a 174-kilometre (108 miles) course which travels through hilly countryside and coastal roads on a looping circuit from the port city of Geelong. 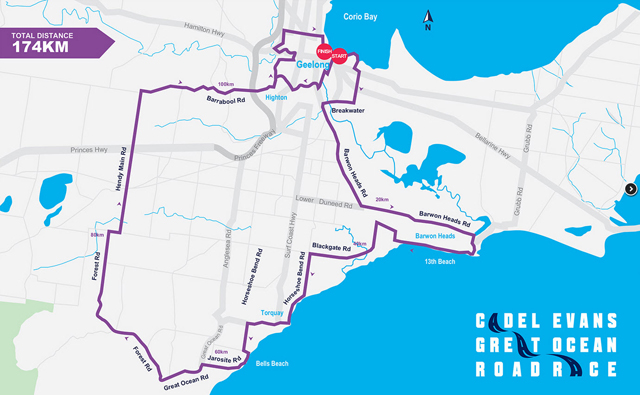 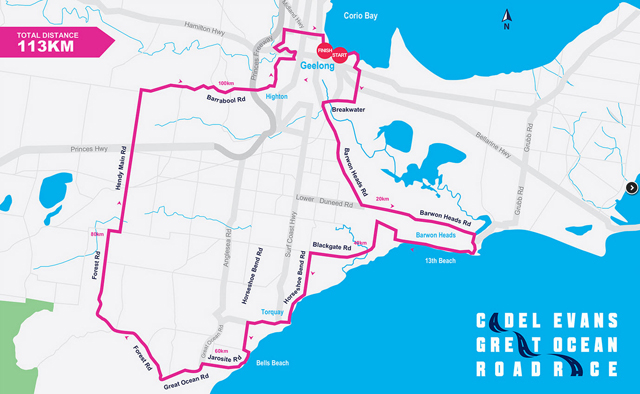 With the race dovetailing onto the UCI Pro circuit's Tour Down Under, Evans said a number of professional teams had already signed up, and he expected stiff competition on a course unsuited to him.

"Easier said that done," he said of his prospects of victory. "I designed a course, but I didn't design it in my favour.

"It doesn't seem to make sense but with the longevity of the event in mind... that's the way we've come to make the course.

"One thing when the race is in your name all the competitors are watching you more than any other because they all know I will want to win and that doesn't play very well in a cycling competition for your chances to win."

Evans will also compete in Australia's national road cycling championship in January before competing in the Tour Down Under in an extended farewell for home fans.

An amiable but intense competitor, the 2009 world champion spoke of his retirement with a tinge of regret but felt comfortable he had made the right call after being disappointed with his eighth-placed finish at the Giro d'Italia.

"(I'm feeling) a little bit relieved, a little bit sad but probably most of all looking forward to starting a new chapter in my life," Evans said.

"There (at the Tour of Italy) when the result didn't come with everything in place, I also could accept for myself that maybe I'm not capable of winning a Grand Tour any more and therefore that makes it pretty easy.

Living in Switzerland for most of the year with his family, Evans also ruled out serving Australia, or any outfit, as a full-time coach, but said he could see himself acting as a mentor for the country's up-and-coming riders on a consultancy basis.

"That's something we're looking into at this point, but most of all, I don't think there's that many riders who would want to be coached by me," he quipped.