Previous Next Show Grid
Previous Next Hide Grid
Image 1/
Video
Audio
With Mount Kilimanjaro conquered at an end of season team bonding session, Alberto Contador looks ahead to winning both the Giro d'Italia and Tour de France in 2015.
By
Cycling Central

Contador and members of his Tinkoff-saxo team returned from Africa after the five-day expedition climbing the 5895 meters of mount Kilimanjaro. 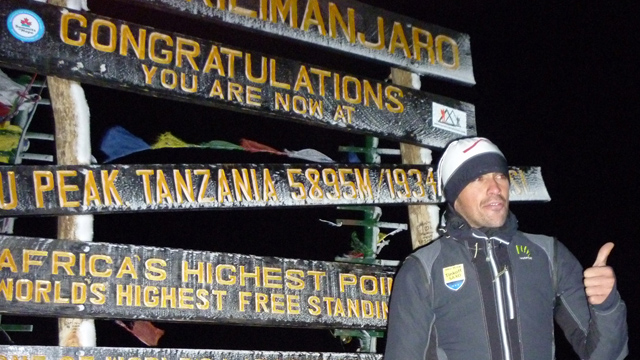 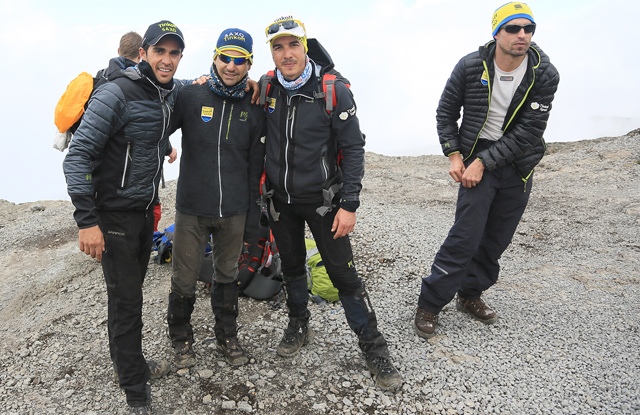 Eighty riders and technical staff made up the Tinkoff-Saxo expedition, which was dogged by harsh weather conditions. They were organised into small groups and accompanied by guides to avoid getting lost on the mountain trails.

"It was a new experience in which the whole team has been together, sharing good times and some difficulties," said Contador. 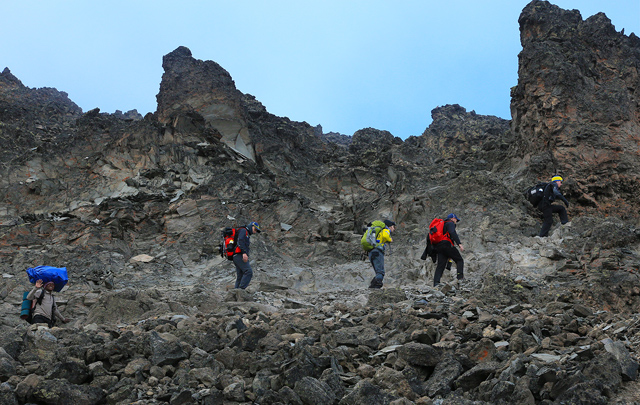 "The weather has not helped us, for the first three days it rained a lot and we did not have time to dry the the tents and sleeping bags or the clothes we wore.

"The worst of the first days was the rain, more than the physical exertion or altitude, which we didn't experience until we passed 3800 meters. Of course, the real test was the climb to the summit in the last day. We went from the last camp, located at 4600 meters, to Uhuru Peak at 5895 metres, the highest point of Kilimanjaro." 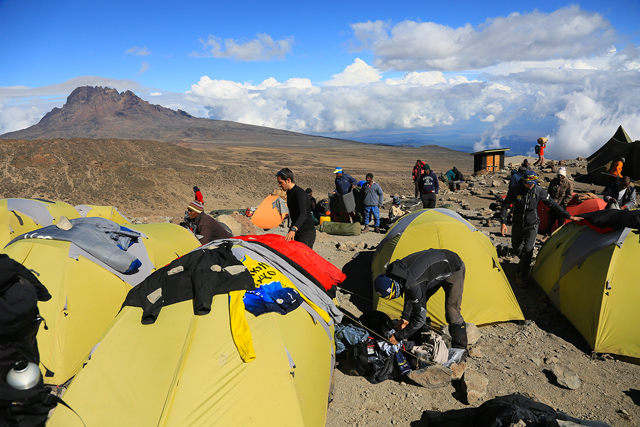 "That day we got up at eleven-thirty at night after three hours sleep to reach the summit at sunrise. It was snowing a little and with an impressive wind. It was hard to think of climbing, but luckily the wind eased and we decided to try.

"It was a new challenge for me because I didn't knew my body's response to altitude, but the sensations I had were pretty good.

"Only passing the 5400 meters point did I notice some discomfort in the stomach that quickly disappeared, which kept me going at a good pace to the top." 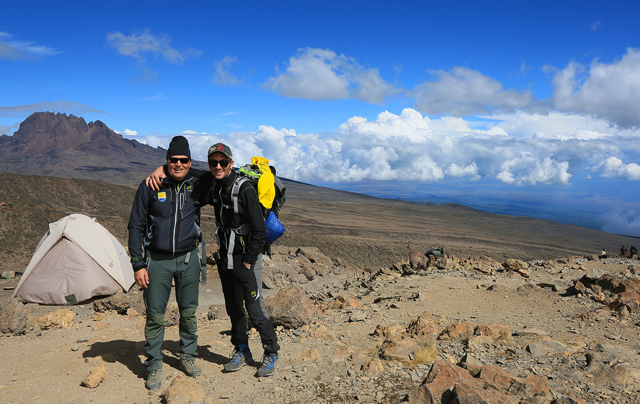 (On the right is team manager Bjarne Riis with Ivan Basso)

"We had difficult moments. Although I was lucky that the altitude did not affect me. There were teammates who felt bad and had to turn back, others needed help to get to the summit and there were others that stayed at the base camp.

"That was partly the aim of this expedition, to face situations that involved union and fellowship, and I think we have achieved it, although it was not easy." 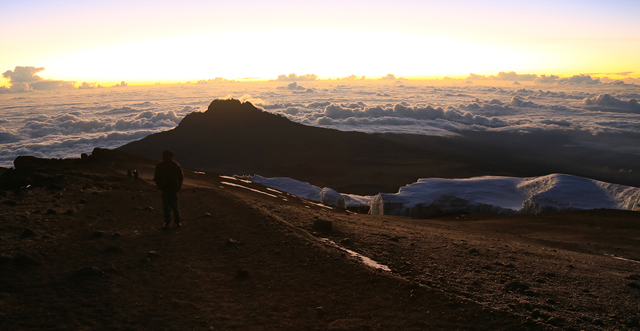 (The payoff was one of the best views in the world)

(Views as far as the eye could see)

"It has been a pretty good experience that marks the start of the 2015 season, probably the most challenging of my career, with the dual objective of the Giro d'Italia and Tour de France," said Contador. "Now I have to recover from this trip and focus on the bike."