You shall not pass: asthmatic Compton denied inhaler in 'cross race

Previous Next Show Grid
Previous Next Hide Grid
Image 1/
Video
Audio
Your chest feels like it's going to explode. You're struggling for air, each breath feeling insufficient to sate your lungs. You're drowning. Somebody tries to hand you a lifeline, but they're stopped in their tracks. Salvation, metres away, but out of reach. Breathe. Breathe. Breathe.
By
Cycling Central

That was the scenario for Katie Compton at the second cyclo-cross world cup of the 2014/2015 season in Koksijde, Belgium, as an asthma attack struck her mid-race and she was denied treatment by the intervention of an overzealous official.

The American who won the opening race of the series, and led the World Cup, reportedly had a mild cold which exacerbated the attack and was asking for a puffer from her husband Mark Legg-Compton to get her breathing under control. Instead, a marshall tried to stop Legg-Compton from reaching his distressed partner because he wasn't allowed to cross a yellow tape line in the start-finish area. 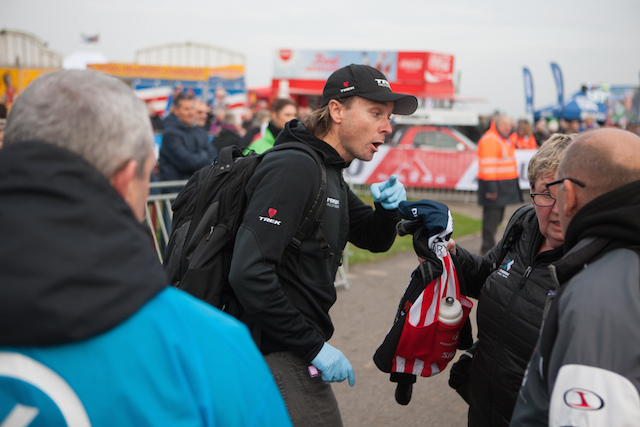 Initially the marshall was successful, but after a heated argument, common sense prevailed and Legg-Compton was able to pass on the puffer to alleviate the asthma attack.

Compton's ill-health and the delay caused by the marshall in getting treatment meant a good result was well out of reach for the American. She did however go on to finish, completing the race in 10th.

That was a "cut my loses" character building kind of day. Bad lungs and bad legs. But I finished. Oh, the highs and lows of bike racing!

According to Legg-Compton the official later came over to clear the air and apologise. He said the apology was accepted and the incident put behind both parties.