Kevin Pauwels (Sunweb-Napoleon Games) won the race in the men's event while compatriot Sanne Cant (Belgium) did the same in the women's category, with both riders extending their lead in the World Cup standings after three rounds.

It was the first time ever the UCI Cyclo-cross World Cup was held outside continental Europe, with the weather proving perfect for spectators despite earlier showers which turned the course into a slippery challenge for the riders.

Pauwels claimed his first World Cup win of the season when he out-sprinted his Sunweb-Napoleon Games teammate Klaas Vantornout for the victory.

Francis Mourey (FDJ.fr) was dropped by the leading pair at the beginning of the final lap, but managed to hold off Dutch champion Lars van der Haar (Giant-Shiman Development Team) to finish on the podium.

Van der Haar, who was coming off a recent illness, rode near the front of the race throughout, but paid for his efforts as the race drew to a close.

Mourey powered to the front with an acceleration that was too much for Van der Haar and German champion Philipp Walsleben (BCKP-Powerplus).

Earlier in the race, the slippery off-camber section at the beginning of each lap proved technically difficult for the riders, with Belgian champion Sven Nys the biggest early casualty.

A crash from Walsleben cost CornÃ© van Kessel (Telenet-Fidea) his place in the front group halfway the race.

Van Kessel went on to finish sixth, moving into third place in the World Cup standings. Pauwels now has a comfortable 35 point lead over Vantornout halfway through the World Cup season.

The women's race was dominated by Cant and Pan-American champion Katherine Compton (USA).

Cant was well positioned at the head of the race after the opening lap, while Ellen Van Loy (Young Telenet-Fidea) and British champion Helen Wyman (Kona Factory Team) struggled to match her pace.

The 38-year-old Compton needed more time to find her rhythm but halfway the second lap moved up through the field into second place. By the end of that second lap, she was matching Cant pedal stroke for pedal stroke.

The pair of Wyman and Nikki Harris (Young Telenet-Fidea) were in the first chase group but couldn't pull through to the front. Harris then managed to shake off Van Loy and Wyman but failed to get any closer on the leaders.

Cant and and Compton hit the final lap together with American gaining an advantage over the obstacles until the pair arrived at the asphalt near the finish line.

Cant then surged ahead of Compton just before the finish line with Harris arriving just 30sec later.

Cant takes over the World Cup lead by 16 points ahead of Compton. The third place from Harris moves her from sixth to third place overall.

The fourth round of the UCI Cyclo-cross World Cup will be held at Namur, Belgium on 21 December 21. 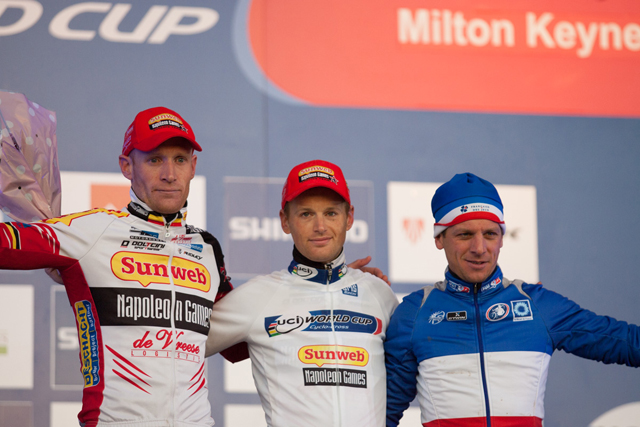 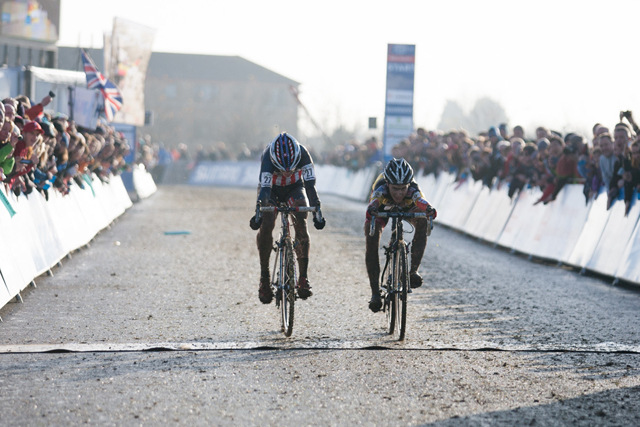