Tour de France organisers ASO announced on Monday that the 2016 event will begin with three stages in the Manche region of Normandy.

It will be the first time in recent years that France has hosted the Grand Depart after the race began to Corsica in 2013, Yorkshire this year and will begin in Utrecht, Holland in 2015. 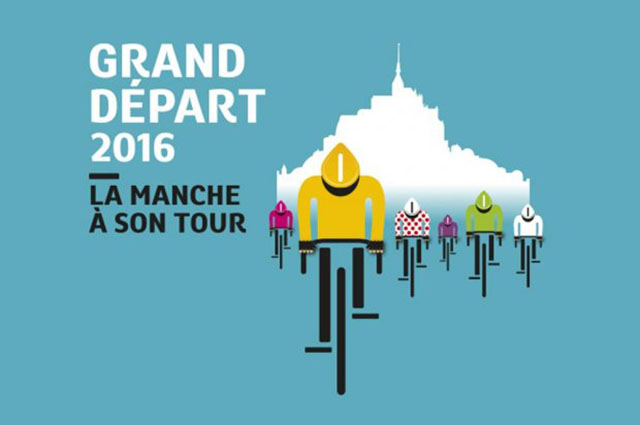 The peloton will set off on Saturday 2 July 2016 from the foot of the "Marvel of the Western World" the Mont-Saint-Michel Abbey, that was featured last year in the 100th edition of the Tour de France.

The opening stage will see the riders set off from the foot of the Mont-Saint-Michel, the follow the bay before crossing the Cotentin Peninsula where they will head to Utah Beach, one of the 6 June 1944 landing beaches, situated at Sainte-Marie-du-Mont.

This mainly coastal route could expose the riders to wind gusts, but the totally flat profile will play into the hands of the sprinters who will be hoping to pull on the first yellow jersey of the Tour.

Stage 2 will see the peloton contest a 182km course from Saint LÃ´ to Cherbourg-Octeville, where they will tackle the La Glacerie climb, a three kilometer ascent with a 14 per cent grade section.

The Tour de France peloton will say goodbye to the Manche region on Monday 4 July. Stage 3 will start from the west coast port and seaside resort of Granville as the Tour departs the area.

"The Manche is a very beautiful department with breath taking scenery. It offers varied terrain that will favor the sprinters at Utah Beach, and allow the punchers their chance to standout in the hills above Cherbourg-Octeville," said Tour de France director Christian Prudhomme.

"Let us not forget the Mont-Saint-Michel that will majestically enhance the very first pedal strokes of the riders of the peloton, three years after it was the backdrop for the 100th Tour de France."