Vos back to her winning ways at Zolder cross World Cup

Previous Next Show Grid
Previous Next Hide Grid
Image 1/
Video
Audio
It was a double Dutch celebration at the penultimate round of the UCI Cyclo-cross World Cup with Marianne Vos and Lars van der Haar taking the elite victories in Zolder, Belgium.
By
Cycling Central

Vos dropped the field early and looked on track to take a long range solo win before a twist of fate evened out the race before it headed into the final lap.

After a slow start Nash bridged to Ferrand-Prevot at the beginning of the third lap but the pair trailed Vos by half a minute. Sabine Stultiens (Rabo Liv Women) and World Cup leader Sanne Cant (Belgium) then made it a quartet of chasers.

Second on the World Cup standings before the race, American Katie Compton (USA) was struggling - losing touch with the chasing four before abandoning the race.

During the third lap Cant broke a spoke in her rear wheel, dropping back behind Italian champion Eva Lechner (Rusvelo) and compatriot Ellen Van Loy (Belgium).

Nash then surged with Ferrand-Prevot on her wheel, the effort shedding Stultiens.

Vos then flatted on the penultimate lap allowing the pair to join the world champion at the head of the race.

The trio went into the last lap together with Nash looking the stronger, but she paid for her earlier efforts and slipped off the back of Vos on the final climb with Ferrand-Prevot stuck on her wheel.

Vos then took the opportunity to attack her team mate, riding solo the finish.

Cant was seventh but extends her lead in the World Cup classification to 29 points over Compton. Ellen Van Loy remains in third place overall. 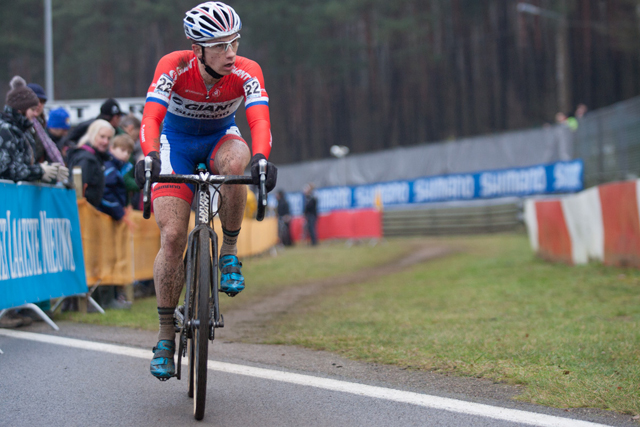 For the second year in a row, van der Haar (Giant-Shimano Development) claimed victory in Zolder, this time with a dominating solo ride to the finish.

In the third of nine laps van der Haar dropped the field and was unseen until the finish.

Behind him World Cup leader Kevin Pauwels (Sunweb-Napoleon Games) paced his effort but failed to bridge back to van der Haar before abandoning the chase to ride his own race.

With just over two laps to go Van der Haar was nearly a minute ahead of Pauwels when his chain came off, the delay cutting his lead to 23 seconds. But the young Dutchman was never in trouble and he cruised to an easy victory.

The final World Cup round is held next month in Hoogerheide, Netherlands. 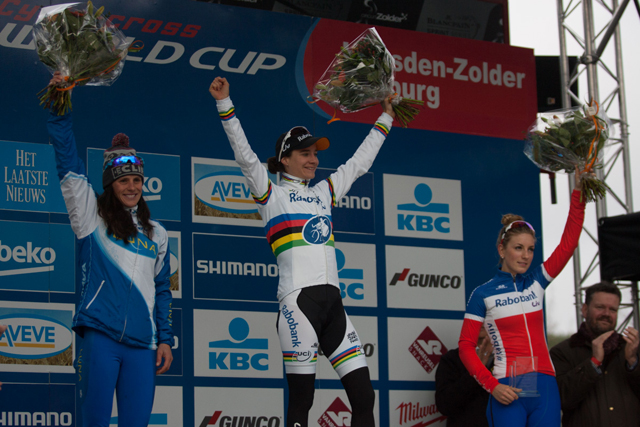 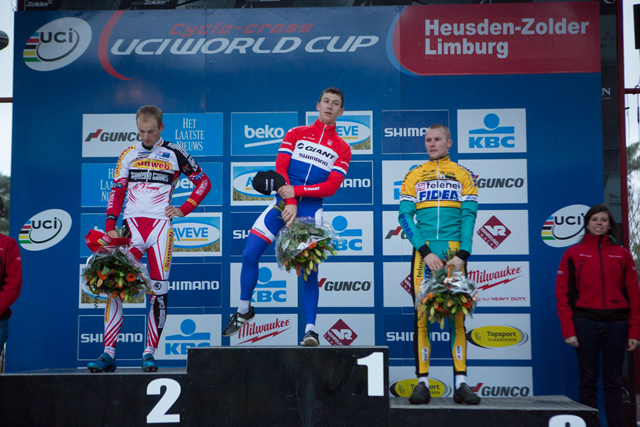