Previous Next Show Grid
Previous Next Hide Grid
Image 1/
Video
Audio
A decision to prematurely end his tenure in the under-23 ranks and ride with the elites has proved timely for 20-year-old Mathieu van der Poel, who won the UCI Cyclo-cross World Championship, in Tabor, Sunday.
Tweet

Last month Van der Poel decided to race the World Championships in the Elite Men category, just like Sunday's runner-up Wout Van Aert (Belgium). The winner said the switch was the best of his decision of his life. It continues a rich family association with the 'Cross Worlds - 19 years ago his father Adrie became World Champion too in Montreuil, France.

Mathieu van der Poel dominated the hour long race on a technical course in the Bohemian town from start to finish. While he made some mistakes, he clearly found the right balance between technical skills Ã¢â¬â bunny-hopping the barriers - and power, finishing solo ahead of Belgian Wout van Aert.

Former Dutch champion Lars van der Haar was close behind, and despite his tender age of 23, he was the also oldest rider on the podium.

Van Aert overtook Van der Haar in the final corner and easily out-kicked him in the sprint. Van Aert however was clearly disappointed to be second best. Belgian riders Pauwels, Klaas Vantornout, Tom Meeusen and Gianni Vermeersch claimed the next positions. 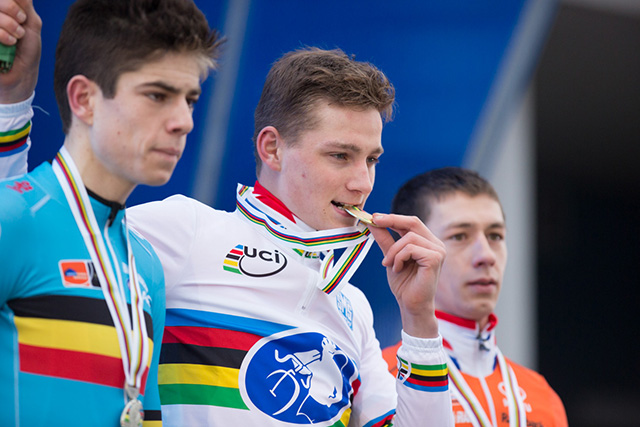 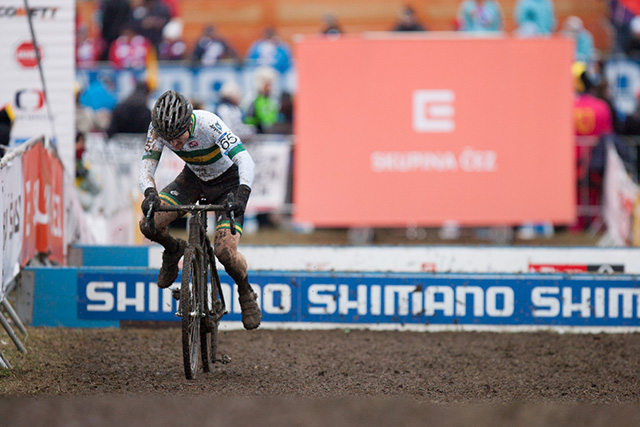