Previous Next Show Grid
Previous Next Hide Grid
Image 1/
Video
Audio
New Zealand is taking its full sprint squad to the UCI Track World Championships in France this month in the hope of retaining its team sprint world title.
By
Cycling Central

The New Zealand team to contest the 18-22 February event in Saint-Quentin-En-Yvelines, France was named on the back of the recent national championships.

"This reflects our commitment to provide all the resources possible to defend the team sprint world title, with Matt our back up as a starter and Simon to back up the others, while both of them are capable of medals in the 1000m time trial," said Cycling New Zealand high performance director Mark Elliott.

While the sprint squad has a solid experience base, Cycling New Zealand have included some developing riders in the endurance squad with an eye towards the 2016 Rio Olympics.

Following strong performances at the national championships, newcomers 21-year-old Alex Frame and 19-year-old Regan Gough have been included in the 18-strong team.

Twenty-one-year old Dylan Kennett has earned a recall after missing the recent World Cup series, following his eye-catching displays at the national championships.

"We have been tracking the progress of our developing riders in light of where we believe they can be in 18 months time," Elliott said. "That does not mean we have shut the door on other riders, but given the current form of some young riders, these world championships present the ideal opportunity to transition them with a clear focus on Rio."

Frame, Gough and Kennett are part of the endurance squad to join 21-year-old Pieter Bulling, who has developed into a key contributor in the engine room, and double Olympic medallist Marc Ryan who will provide the key leadership and experience.

"The form of the young endurance riders is undeniable and while some need more development especially in team pursuit, it's logical to give them that world championship experience now."

Gough is a current junior world champion who won the points race title at the national championships and is likely to contest the bunch racing events in Paris.

Frame has returned to focus on the track after riding for the development team of World Tour's Giant-Shimano, winning the scratch race at the weekend while Kennett took out the individual pursuit.

Aaron Gate will compete in the omnium although still not back to his best form.

Elliott said that as there are only four further opportunities for Gate to contest an international-quality omnium under its revamped format before Rio, his selection to Paris is important.

"Aaron is a former world champion in this event and with the right preparation will be a medal potential in Rio, although we recognize he is not in that sort of form at present."

Steph McKenzie, with four titles at the national championships, gets the nod as the key sprinter with Katie Schofield included as the best starter in the team sprint, while London Olympic Natasha Hansen, who only returned to the squad late last year, will be a potential contender in the future. 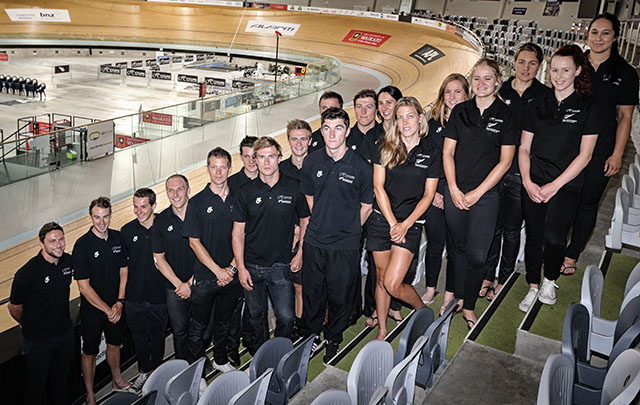