Bennett was too quick for Astana's Andrea Guardini and French fastman, Nacer Bouhanni on the flat Corniche circuit. The victory, BORA's first since being re-branded at the start of this year, and welcome boost of confidence for the young Irish star as he packs up and heads back to Europe.

The sprint had looked to be poised for a Peter Sagan victory after his Tinkoff-Saxo team had done a superb job in the final heated kilometres of the stage, but a fraction of restraint when the accelerations from Guardini and Bennett were firing up, left the Slovak a beat behind, reeling in their wake, and cost him and his team dearly.

As Guardini faded, Bennett surged over the top, collecting the win by a bike-length. Curiously, Alexander Kristoff who had already picked up three stage wins at the race, and was within striking distance of the overall lead, was absent in the sprint, back in 19th.


Kristoff's sprint no show was a relief to Tour winner Niki Terpstra who closed out the race six seconds over Maciej Bodnar, and nine over Kristoff. It's the second year in a row the Dutchman has the Tour of Qatar and continues a long run of overall successes at the race by his Quick-Step team.

"It's satisfying," Terpstra said of the win. "I came here to defend the title, or for sure go for a good placement. The time trial went so well that I was in the lead, and the team did a great job to defend my leadership for the rest of the stage race. I was a bit nervous before the start because if Kristoff had a really good day, and he was doing well so far with three stage wins already, he could still pass me with the bonus seconds, but he didn't get that. The guys made Katusha work hard so they were tired, and in the end Kristoff was unable to win the sprint and take the 10 bonus seconds at the finish line.

"So, I took the win and I am happy. Between my two GC victories, they were both tough. It's never easy to win. I have good condition now and knowing this gives me confidence for my next races. Winning at Tour of Qatar has become a bit of a tradition for the team. Look at the team we had this year, and we even won the Team Classification. 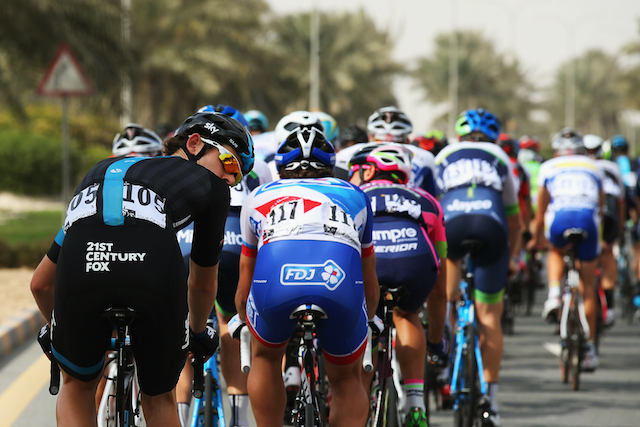 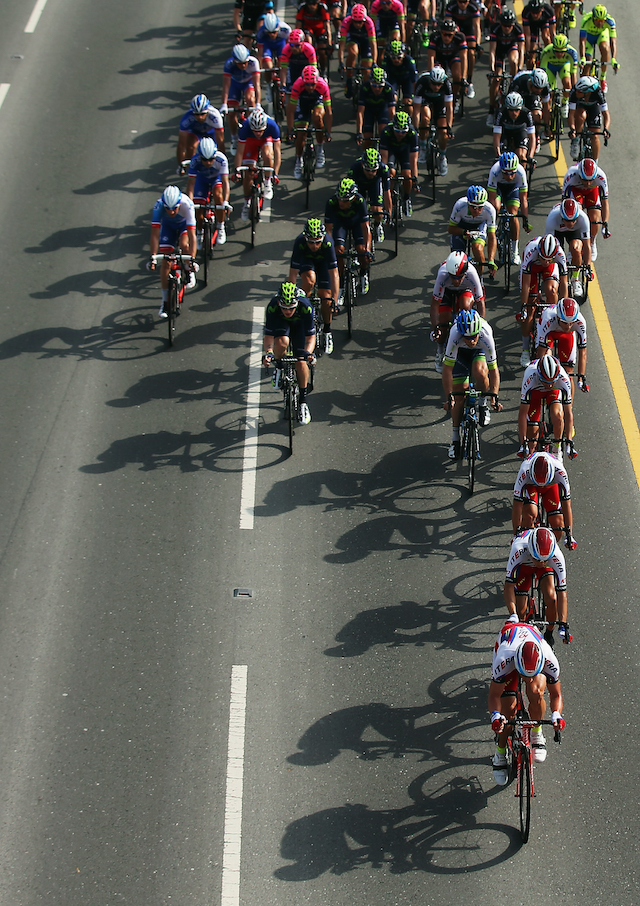 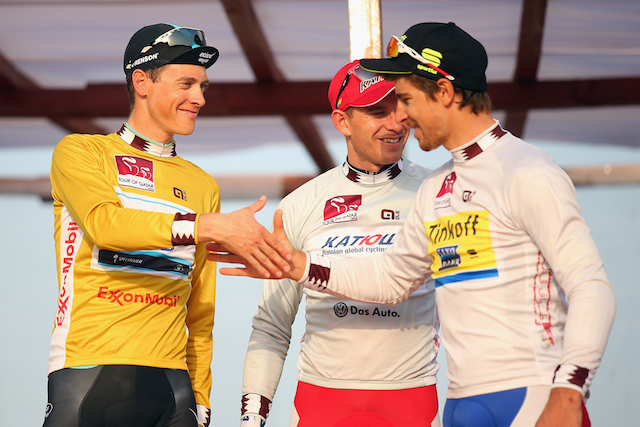