Previous Next Show Grid
Previous Next Hide Grid
Image 1/
Video 1/
Audio
Missed a moment of the UCI Track World Championships while you were brewing your morning coffee? Catch up here with our curated coverage.
By
Cycling Central 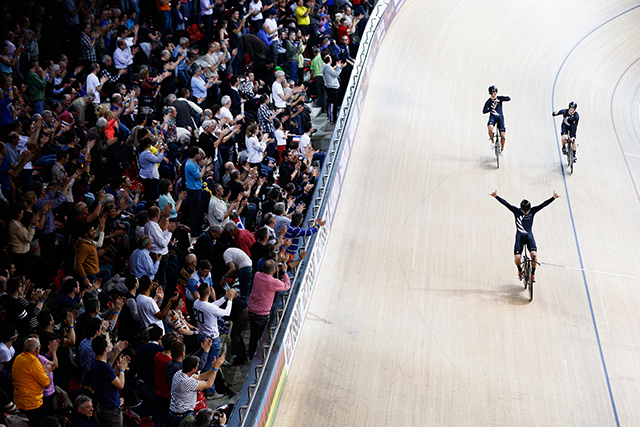 The Kiwis started out fast and while the Olympic champions pulled back their lead, sloppy riding from the Brits in the final kilometre allowed the New Zealanders to inch in front on the final straight, stopping the clock in 3min 54.088. The British finished less than a second later, with both teams taking only three riders to the line.

"For such a young team, they outdid themselves over the last two days, it's unbelievable how well they raced," said New Zealand coach Tim Carswell.

"Regan (Gough) has trained well and it was great to bring in fresh legs. It was a massive step up for him. His previous best in a team pursuit was 4m06s, so to go 3:54 was an incredible and he was superb in the ride.

"They are really young so we know they are going to get stronger over the next 18 months to Rio and we are lucky with the overall strength of the programme at the moment which is pretty exciting." 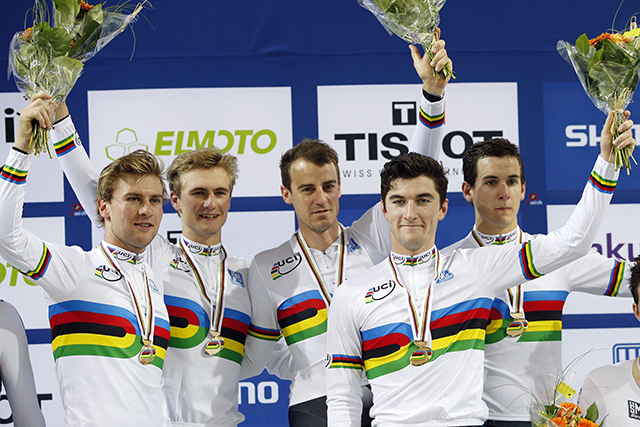 Australia easily disposed of their German rivals to win the bronze medal, catching the Germans in the final kilometre to end the pursuit.

Our team pursuit showed great spirit after yesterday.We came back out and showed we are still one of the best team pursuit team in the world

Russia finished fifth ahead of Switzerland while France beat the Netherlands for seventh place.

Germany's Maximilian Levy held a two bike length lead with two laps to go but he could not hold the effort, eventually finishing fourth.

Strong from the start in the battle against Great Britain, the Australians smashed three seconds of the current record with their time of 4min 13.683.

The British, who lost a rider after two kilometres, finished three seconds down.

The Canadians put in a strong performance to easily win the bronze medal from New Zealand.

Women's 500m Time Trial
It was an anxious wait for Anna Meares to find out if she would win her fifth 500m time trial world title. 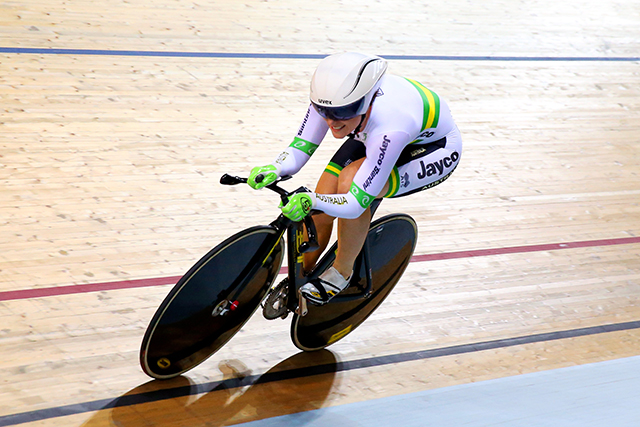 The Australian rode a fast time of 33.425sec, with only the last rider Anastasia Voynova able to eclipse it. The Russian rode a time of 33.149 to push Meares into second where she would claim her 25th world championship medal.

Defending champion Miriam Welte of Germany claimed the bronze with a time of 33.699

Earlier in the day
The Australian women's team pursuit, who were top qualifiers yesterday, easily out-rode New Zealand to book their spot in the final against Great Britain. New Zealand will face off against Canada for the bronze medal.

In the men's event Australia was more than three seconds faster than France, however due to their mechanical issues during qualifying yesterday they are only able to race for bronze. Great Britain will challenge New Zealand for the gold medal.

Yesterday was definitely a day to forget. We'll be looking to bounce back today and lay down a couple of quick times! pic.twitter.com/hnaBtx7woq

This was the result of a bolt snapping - 100% not the fault of our brilliant mechanics pic.twitter.com/1u3tjAsDKJ

Australia's Matthew Glaetzer has advanced to the second round of the Keirin.

Thursday's Program
The action kicks off with the women's 500 metre time trial, before the final rounds of the men's and women's team pursuits. The male sprinters fire up in the Keirin while the endurance riders tackle the 15km scratch race.