Previous Next Show Grid
Previous Next Hide Grid
Image 1/
Video
Audio
Paris-Nice, the 'Race to the Sun', gets underway this weekend without its defending champion but with many of the biggest talents in the world of professional cycling.
By
Philip Gomes

Missing will be Carlos Betancur (AG2R) who will instead line up in Italy for the Tirreno Adriatico, but Paris-Nice will feature Australians Richie Porte (Sky), Rohan Dennis (BMC) and Michael Matthews (Orica-GreenEDGE).

In one of his last races as a road professional for Sky, Bradley Wiggins will ride in support of the 2013 winner Porte, adding some much needed muscle and experience to the Australian's chances.

The eight-day, 1137km stage race begins and ends with a race against the clock, giving time-trial powerhouses Porte and Dennis (the current UCI World Hour record holder) a possible edge over the majority of their general classification rivals.

The opening prologue is just 6.7km but it could provide any one of the general classification favourites a much needed advantage ahead of the crucial 204km fourth stage to the Croix de Choubouret mountain top finish. 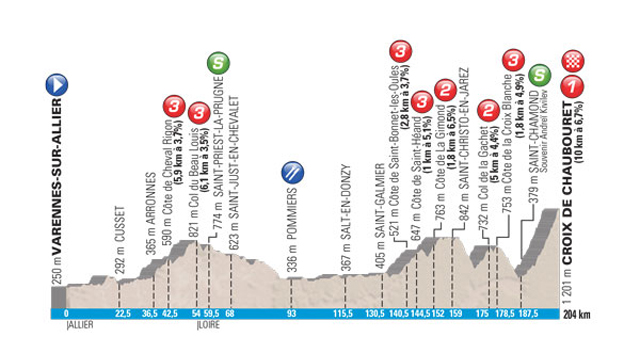 It's on the Croix de Choubouret that the race is expected to be won, with Porte, Dennis and their rivals slugging it out on the 10km long first category climb which rises to 6.7 per cent. The rider who emerges from this stage wearing yellow can be expected to finish in those colours.

However, the final stage 9.5km time trial up the up the Col d'Eze could prove decisive if the classification time gaps are tight.

While proven specialists like Wiggins and Tony Martin (Etixx-QuickStep) will likely contest for the stage win, the general classification leader prior to rolling out the start gate will be hoping to maintain his position with a considered ride to the finish. 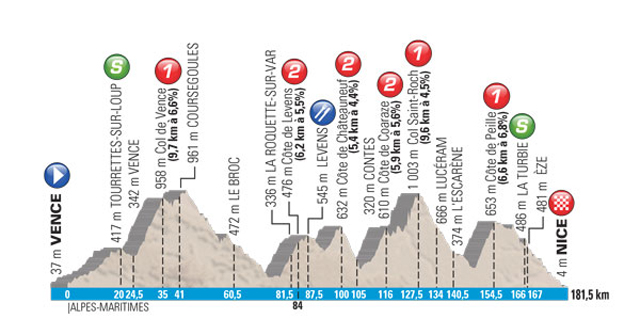 With no less than six categorised climbs before a descent into Nice, Stage 6 is where the race could be lost, but it is more likely to favour a strong breakaway group arguing over the win as the general classification contenders keep a close eye on one another.

Orica-Green-EDGE's Matthews would have to be among the favourites for the stage as he tests his legs ahead of Milan-San Remo.

Outside of the fourth stage and final time trial the race will belong to the sprinters, with their opportunities coming on Stages 1,2 3, and 5.

Alexander Kristoff, Andre Greipel and John Degenkolb are the likely suspects to watch but a trio of fast French riders Arnaud Demare (FDJ), Nacer Bouhanni (Cofidis) and Bryan Coquard (Europcar) will be in the mix and likely to snare victories of their own.