Think the war on doping is a force for good?

Previous Next Show Grid
Previous Next Hide Grid
Image 1/
Video
Audio
No doubt Lance Armstrong is still digesting the news that he has to repay $10m (£6.4m) to previous sponsors following a ruling by an arbitration panel a few weeks ago. This is on top of the lifetime ban from all sporting competitions that he was given several years back. Many probably think he got the punishment he deserved, but was it done fairly?
Tweet

Leading sports organisations such as the International Olympic Committee and FIFA have been under pressure to resolve internal ethical issues in recent years. On the other hand the World Anti-Doping Agency (WADA) remains highly regarded for its determination to stop athletes cheating, standing for fairness and protecting a level playing field.

Like a pulp crime novel, anti-doping action is seen as the good guys against the bad guys. The rationale is taken for granted and rarely disputed. But the reality is less clear. In fact, it could be argued that anti-doping sometimes does the opposite of what it is supposed to achieve.

Take Levi Leipheimer, a co-member of Armstrong's US Postal Service cycling team for a couple of years in the early 2000s Ã¢â¬â he doped to much the same extent. Between 1996 and 2007, while riding for a total of five different teams, Leipheimer took EPO and testosterone and received blood transfusions, all of which were in breach of the doping rules.

Leipheimer was only banned for six months, and out of season so he did not miss any of the main races. He was stripped of all race results from June 1999 to July 2007, but was not required to pay back a cent of either his prize money or sponsorship income.

Similarly George Hincapie, Christian Vande Velde, Tom Danielson, Michael Barry and David Zabriskie received six-month bans for doping at US Postal. The key difference between their cases and Armstrong's is that they confessed and accepted the offer to collaborate with the anti-doping authorities. They provided information that led eventually to Armstrong's demise. But how does this stand up to the principle that similar forms of behaviour should be treated consistently?

Knud Enemark Jensen, a young amateur Danish cyclist, died during a race in the 1960 Rome Olympics. The temperature had been around 50ÃºC, and the autopsy showed the cause of death as heatstroke.

Fears had already been mounting in international sporting circles that there was a problem with doping. Together with anecdotal rumours about steroid use and claims by the influential Austrian sports medic Ludwig Prokop about syringes in changing rooms at sporting events, concerns about Jensen gave the IOC a reason to launch an investigation. This led to the formal introduction of dope testing at the Mexico City Olympics in 1968.

As for Jensen, it became the received wisdom that amphetamine use had contributed to his death. The suspicions may have been linked to the fact that Jensen's trainer admitted after the race that he had given his team a drug called roniacol, which improves blood circulation, but at no point has this drug or more modern versions ever been banned.

The amphetamine story was given a big helping hand by Prokop when he made the claim in public in 1972. It was quickly circulated and reproduced by journalists, academics and policy organisations and became a prime early example of why anti-doping was necessary.

Yet Prokop admitted in 2001 that he did not see the autopsy or have any evidence except for hearsay. Quizzed about this he offered a justification. It "initiated the fight against doping," he said at the time.

It seems tragic that a campaign for ethics in sport had to be founded on a lie. A further tragedy is that individual athletes and their reputations were viewed as expendable in the cause of the larger war on drugs, despite the lack of evidence against them. And neither did Prokop's admission kill the theory. It remains on WADA's website today.

The case of Johannes Draaijer

In January 1990 the Dutch cyclist Johannes Draaijer died in his sleep from a heart attack. It happened a few months after another Dutch cyclist had died, while around 20 French and Belgian cyclists all died in the late 1980s and early 1990s.

Draaijer's wife Annalisa was keen to protect his reputation. She told the press that he was "against doping" and that the autopsy showed no evidence of doping.

She was attacked by Randy Eichner, a haematologist at the University of Oklahoma Health Sciences Center, who had been a leading voice suggesting a link between many of the cyclist deaths and EPO. He said that her opinions were "just a cover-up Ã¢â¬¦ something they've brainwashed her with".

Annalisa Draaijer was subsequently quoted saying that her husband had taken EPO, but she has more recently insisted that she never gave this interview and never said anything of the sort.

Whoever you believe, there was never any other evidence against Draaijer. His wife and family have had to live with the question mark over his reputation for the past 25 years. Is this fair? Perhaps you are thinking there was a lot of smoke around at the time. Not really, as it turns out. Later, thorough research into all the French and Belgian cases found that the EPO link was a myth Ã¢â¬â across the board.

Then there was Claudia Pechstein, a highly successful German speedskater, who was convicted of doping in 2009 by the international Court of Arbitration for Sport after abnormal blood results. She was banned for two years by the International Skating Union (ISU).

The German Olympic Committee believed she was innocent and fought unsuccessfully to clear her name. Now she is suing the ISU through the German courts and potentially making headway after a civil court overturned the decision. 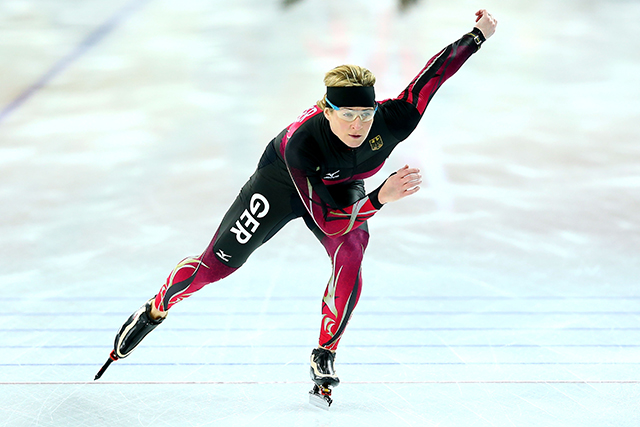 It is a highly complex case that is working its way through the German appeal courts. Though we won't go into all the details, it has raised questions about WADA's conduct. One expert witness, Switzerland's Pierre-Edouard Sottas, gave evidence that the "collection, transport and analysis of the blood samples did not follow the corresponding WADA protocols".

Pechstein only breached the ISU's threshold levels for when blood samples should be treated as suspicious Ã¢â¬â not one of definite guilt. WADA's rules were only in draft form at the time, though they had been circulating for some time, but Pechstein would not have fallen foul of them. They were finalised a few months later. Yet despite this and the procedural problem with the blood samples, WADA made no attempt to intervene on Pechstein's behalf.

In the previous examples, the anti-doping authorities and their supporters had high ideals and set out to do good. But in each case they sacrificed their ideal of fairness in the name of the greater goals of anti-doping.

They allowed Armstrong to take a much harsher punishment than his colleagues. They allowed the reputations of Jensen and all the others to be tarnished without evidence. And though Pechstein may yet lose her legal battle, WADA certainly ought to explain why it chose not to intervene given the problems with the blood samples and its own guidelines.

It is a core principle not just of anti-doping or sport but of social justice that people deserve to be treated with fairness and dignity. We don't see much sign of it in the cases we have outlined.

This article was originally published on The Conversation.
Read the original article.