Previous Next Show Grid
Previous Next Hide Grid
Image 1/
Video
Audio
Rigoberto Uran stepped up his preparation for the 2015 Giro d’Italia with a reconnaissance of the Stage 14 59.2km time trial, which starts in Treviso and ends in Valdobbiadene.
By
Cycling Central

Uran finished 2nd in the 2014 edition of the Giro behind Colombian countryman Nairo Quintana (Movistar) and wore the Maglia Rosa as race leader after he won the Stage 12 time-trial from Barbaresco to Barolo.

Uran, the current Colombian time trial champion, is among the favourites for the Giro along with Australia's Richie Porte (Sky) and 2014 third place finisher Fabio Aru (Astana).

He was joined by Etixx-QuickStep team-mate Gianluca Brambilla, with the effort monitored by team trainer Koen Pelgrim and sport director Davide Bramati. 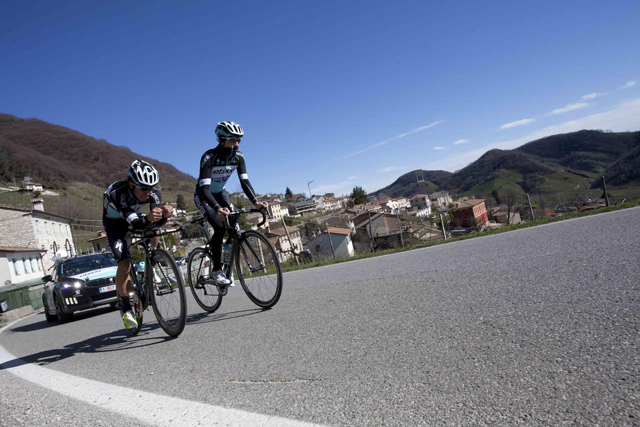 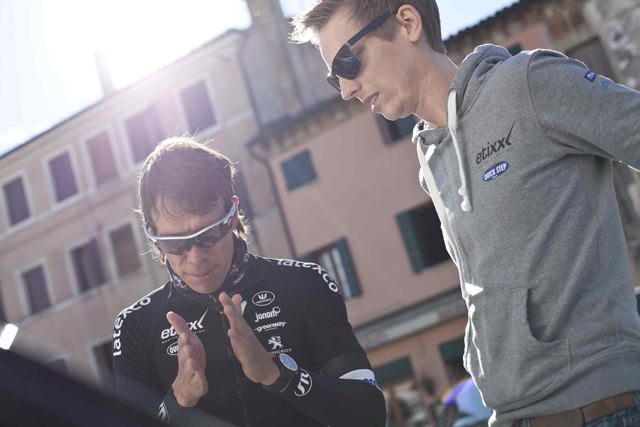 "It's a nice parcours that I really love," Uran said. "This time trial comes after two weeks of racing at the Giro. So it can be key, because energy levels of all riders will be at the limit after that amount of racing.

"It could be important for the GC (overall) because after about an an hour and 15 minutes to an hour and 20 minutes of time trialing, time differences can be pretty significant.

"How a rider can do in this kind of time trial is difficult to predict, because yes, the first stretch is really flat. But when you enter into the small hills you have to pay attention and really keep the effort even in the final kilometers with the difficult sections.

"It's a completely different chrono if you compare it with the time trial I won last year. But I am confident. I like the parcours a lot. It suits me perfectly and I worked hard so far in preparation for the time trials.

"I am the Colombian National Champion, so I would like to do well in the time trial and represent my country and my team well."

SBS and Cycling Central will broadcast and livestream the 9 May- 1 June 2015 Giro d'Italia. Specific stage details to be announced soon.