Previous Next Show Grid
Previous Next Hide Grid
Image 1/
Video
Audio
Peter Sagan finally took a long awaited stage win at Tirreno-Adriatico to open his 2015 account and will line up at Milan-San Remo as one of the favourites for the victory, and he'll do it on a bike that is perhaps a metaphor for the rest of his season.
By
Philip Gomes

Sagan will arrive at the first monument of the season with his form finely honed at the seven-stage Tirreno-Adriatico, where he finally carved out a win on the rainy 6th stage while under mounting pressure to perform.

He had gone several months without standing on the top step of a post-race celebration despite always being in the mix with over a dozen runner-up spots on his palmares this season alone.

But the 25-year-old Slovakian is paid to win, and his team owner Oleg Tinkov was publicly frustrated with his inability to convert, suggesting earlier this season that while he was unhappy, he "wouldn't kill him".

The win in Tirreno instantly changed the narrative for Sagan and now he looks set to be at the MSR finish on Via Roma along with riders like defending champion Alexander Kristoff (Katusha), Australian Michael Matthews (Orica-GreenEDGE) and Fabian Cancellara (Trek Factory Racing).

Sagan was revealed this week as the team leader for Tinkoff-Saxo's MSR ambitions with hopes on improving on his second-place finish in 2013 weighing heavily on his mind.

"It's difficult to point out a favorite. In the last three years, we haven't seen the favorites taking the victory and instead it has been outsiders, who crossed the finish line first," Sagan said.

"It's a special and unpredictable race due to many factors such as the length of the race and the tactical situations. All I can do is to try my best knowing that I'm backed by a strong and motivated team."

As a marked rider Sagan will ride MSR on a bike which reflects both his growing notoriety and current ambition to disguise that status.

His Specialized S-works Venge has been freshened up with a fractal camouflage look along with personalised touches like his own branding and the Slovakian colours, a flagship which he hopes will carry him to victory on Sunday. 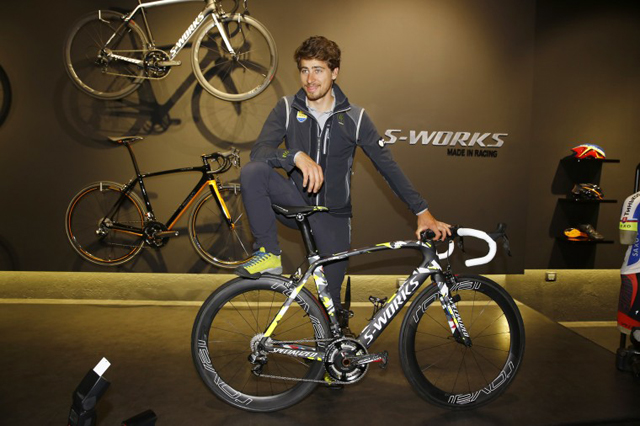 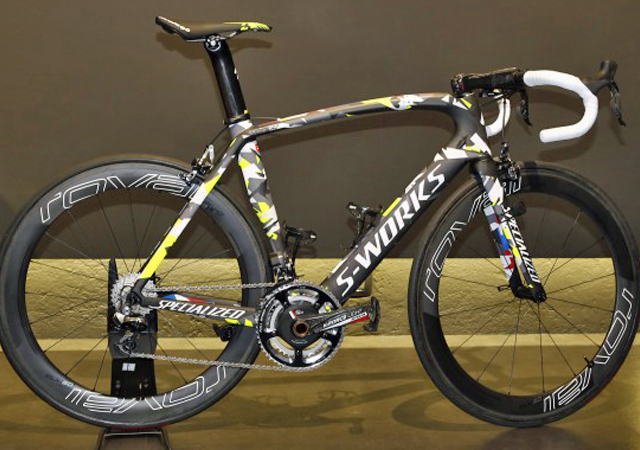 "Specialized has personalized my bike and I am proud of it. I really like the colors and the fact that my official trademark has been included. I hope that this bike will bring me luck," he said.