Etixx-QuickStep now drinkable and with a fruity, malty aftertaste

Previous Next Show Grid
Previous Next Hide Grid
Image 1/
Video
Audio
Etixx-QuickStep has partnered with Belgian brewery De Bie in Wakken to launch a beer specially made for its cycling fans.
By
Philip Gomes

Etixx-QuickStep described their beer as the "taste of victory" a "beer for the fans". And who can argue given the 18 races its won on the road to date.

'De Bie VÃ©lo' is a beer for the fans, a beer for winners by a team of winners. "The beer will be available in our fanclub, for the VIPS during the races and as a special gift package in the online fanshop of Etixx-QuickStep", commercial director Marnix Drysdale said. "We are looking forward to serving the 'De Bie VÃ©lo."

Pro cycling is always
interesting in terms of the partnerships it generates because of its reliance on sponsorship. Earlier this year Katusha announced a collaboration with Caviar de Riofrio. The Spanish company produces "ecologically pure" sturgeon black caviar which the
team said was a good supplement to its diet. 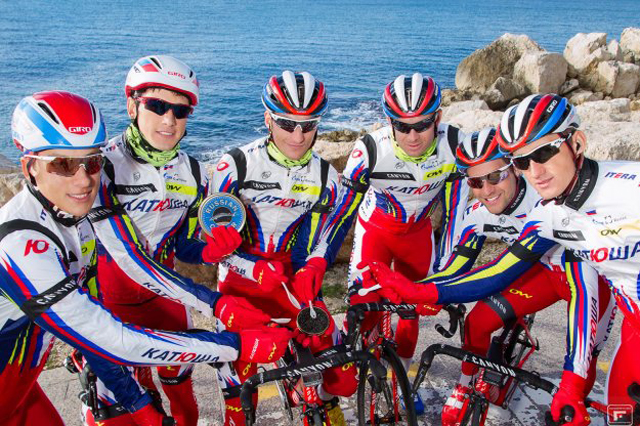 (Team Katusha will be supplied with caviar for 2015)

"For us the collaboration with the Caviar de Riofrio Company first of all is an opportunity to significantly improve our rider's diets during the racing periods, especially during their participation in the Grand Tours," sporting director Viacheslav Ekimov said.