Previous Next Show Grid
Previous Next Hide Grid
Image 1/
Video
Audio
Alexander Kristoff continued to show why he is one of the favourites for the Tour of Flanders after cementing an overall win at the Three Days of De Panne.
By
Cycling Central

Kristoff (Katusha) won the the first three stages of the race which culminated with Bradley Wiggins (Sky) victorious in the final stage, a 14.2km time trial around De Panne.

Kristoff had won the morning's 111km stage 3A around De Panne in a photo-finish ahead of German Andre Greipel. Though to most observers it appeared a dead heat. 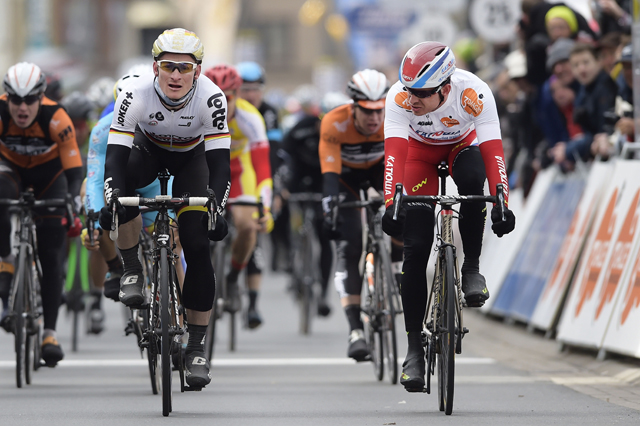 "I think I've never experienced such a close win," Kristoff said. "A draw would be a nice result too. For me we could have both been on the podium, we both deserve it, although I am happy with this verdict too, of course.

"I started my sprint a bit from too far, just like I did in Milan-San Remo. There was more head wind than I expected. Greipel was in my wheel and he almost came around me."

Kristoff then produced what he described as the time trial of his life in finishing third on the final stage 3B. 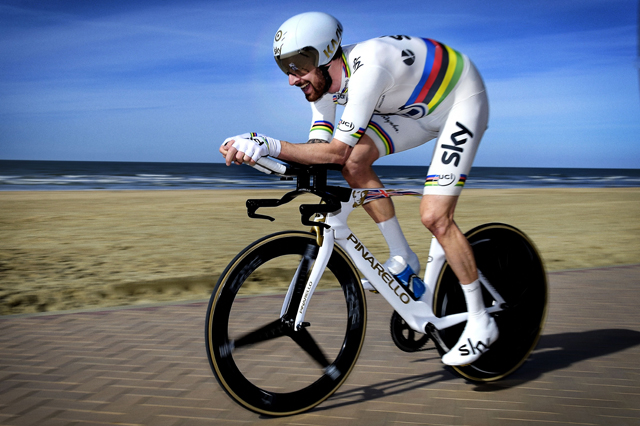 But crucially he was a second quicker than Stijn Devolder (Trek Factory Racing), and that was enough to give him the overall victory by 23sec, thanks to the time bonuses gained by winning the first three stages.

"I was not able to win the time trial but I felt that I did a very good time trial. I managed to push the entire way and I am happy," Kristoff said.

"This is maybe my best time trial ever. I was a little bit behind Devolder halfway through but I think I did better in the second half on the corners and I took a little time back there. I was a little bit scared at the beginning but I managed to keep a good tempo for the ride."

Devolder was second overall with Wiggins, in his last ever time trial for Team Sky, third at 42sec.

Kristoff's three wins, overall success and a second place finish at Milan-San Remo last month will set him out as one of the riders to watch at the Tour of Flanders this weekend, as well as next weekend's Paris-Roubaix.

"I've done Flanders the last three years and I've ridden in Belgium a lot so I feel I know the climbs," added Kristoff.

"It's not easy to win the Tour of Flanders but I hope my good legs are still there on Sunday and we'll see. I feel good but I am not unbeatable.

"Look at Sanremo. It can happen in Flanders too. On the other hand, in that race I was not yet at my best shape. Now I am."

Two-time Flanders winner Devolder has also demonstrated his form while Wiggins will be feeling confident ahead of his tilt at Paris-Roubaix, set to be his final race for Sky before a return to the track. 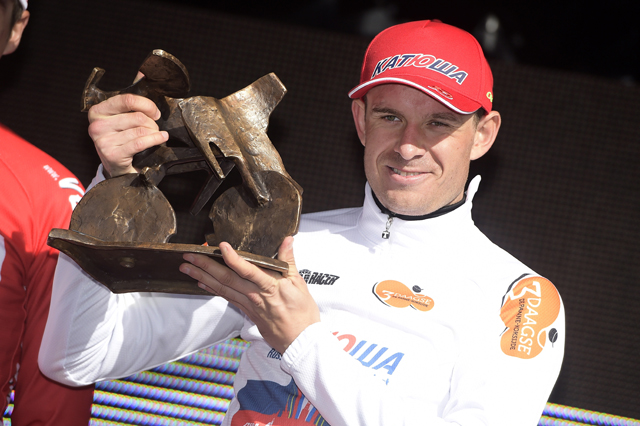 The Tour of Flanders
will be live for Eastern states, South Australia and the Northern
Territory. Western Australia can view the race live online here at Cycling Central.