Tassie Diary: In the car with Drapac

Previous Next Show Grid
Previous Next Hide Grid
Image 1/
Video
Audio
I'll be doing a Tour of Tasmania diary intermittently while I'm here on location. Here's the first entry after the Launceston to New Norfolk. I travelled with Drapac in the team car.
By
Al Hinds

Adam Phelan is hanging off the back of the bunch as the race heads out of the neutral zone in Bothwell for a short and sharp traverse to New Norfolk. He's struggling to get comfortable on the bike, it's his first time riding since the under 23 world championships in Valkenburg, more than a week ago and he doesn't look at ease.

'Ago', born Agostino Giramondo, sits next to me in the team car, clearly unimpressed with his charge. Ago is a slight but muscly build, short, and clearly a cyclist but inside the car he commands a lot more presence. He wears reflective wraparound sunnys to impart that extra little bit of gravitas. 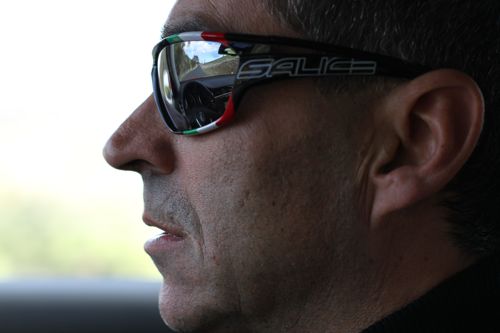 Phelan continues to waiver off the back of the main field for another minute or so tempting fate as the race threatens to get away from him ahead.

Genesys, the carrots, as Ago affectionately calls them, are lining out the field in the hope of catching out riders like Phelan near the rear in the cross winds. Moments later the race starts to split, and Phelan is caught behind. He's strong though, working his way back up.

Headshaking follows, he's not going to make it to the front. It's pretty much race race over for the youngster as the race is getting away up ahead. Phelan comes back to the car to get his seat adjusted, and is complaining of cramp. He's let loose once more, but it's clear he's not far off the sag wagon.

Meanwhile only three of the team's riders, Darren Lapthorne, Floris Goesinnen, and Rhys Pollock have made the front group. We speed through the remnants of the main field to catch up, moving forward when the head commissaire over race radio waves us on.

The younger of the two Drapac staff, Jonathan 'Jono' Breekveldt, also in the car, had warned me before of Ago's driving style pre-race, pointing out as we'd driven to the start line of his penchant for tailgating and overtaking at 'inopportune times'. On the open road it seems a little scary, but in the race situation Ago is an expert at guiding the car to exactly where it needs to be as quickly as possible. It's an art form of a sort, as the WIN TV vehicle which is struggling to do the same, attests. 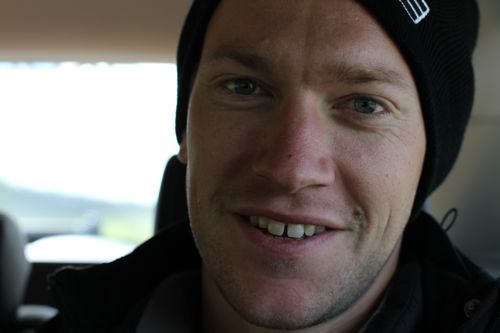 Ago again isn't pleased when he sees Mal (Malcolm Rudolph) stuck in no-mans land as we pass more dropped riders. Then Lachlan Norris shortly after.

At the front Genesys is firmly in control, carrots make up most of the group says Ago. Genesys is organised, and has Drapac and Budget Forklifts on the back foot.

Rhys comes back to the team car for instruction. Floris isn't feeling good. What's the plan of attack?

He hands off some of his winter gear to Jono. Ago holds out hope that it might be worth sitting on and waiting for the hopeful possibility of Rudolph, the team's sprinter returning from the chase.

The kilometres are ticking away and Drapac has no sprinter in the group. The canaries, another Ago and Jono-ism have Sam Witmitz, and Genesys Brenton Jones, Anthony Giacoppo and Joel Pearson. Things don't look good.

Lapthorne arrives at the team car for a chat. He seems calm. Ago talks about Alex Ray in the group. The Kiwi could be a chance he says, he's not had to do anything. 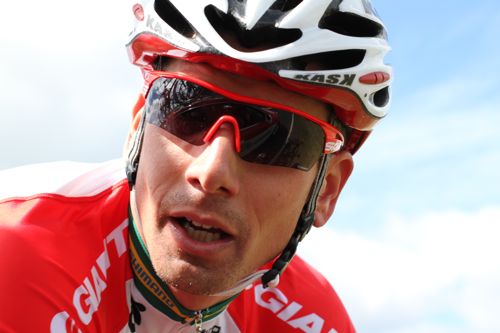 Pollock makes a move over a minor rise but is marked by Giacoppo, Budget chase. As directors do, Ago and Jono curse Giacoppo for not working with Pollock, but the Genesys rider has the right of it. His team have the numbers, there's little point in working.

Into the finale and we lose sight of the leaders round a corner. When the group comes back into vision, Lapthorne is away with Nathan Earle. Pollock and Giacoppo have been swallowed up.

The mood in the car brightens. I ask who they believe to be faster in a sprint. 'Lappers' isn't so bad in small groups seems to be the consensus, but it depends on how much he's still affected by an incident in Malaysia.

Another rise and we lose sight of the leaders again. Now Lapthorne is away solo.

The convoy stretches out, and it's hard to know what's going on. We're hearing Lapthorne is still ahead but Earle is close. Ago is working out the metres the gap is based on the latest time gap of seven seconds. Less than 100 metres he surmises.

We have no idea how far there is to go. Not much says Ago.

Then bang it's over. We make a left turn and we're through the finish. Lapthorne has won.