Previous Next Show Grid
Previous Next Hide Grid
Image 1/
Video
Audio
Not for the first time this year cycling fans got a little too close at a bike race, but knee-jerk calls for tighter crowd control, while well-intentioned, are also misguided, writes Al Hinds.
By
Al Hinds

The Monte Zoncolan was chaotic. From its lowest slopes fans enveloped the race, riders at times having to actively disperse crowds blocking their path forward and, inevitably, some were unsuccessful in this regard.

The most agonising of moments came inside the hellish mountain's final five kilometres, an errant fan, over-zealously pushing Bardiani-CSF's Francesco Manuel Bongiorno bursting forward into Michael Rogers' wheel, and forcing the Italian to unclip, lose momentum, and any chance of stage victory.

Here's the push from the idiot fan into Bongiorno. @inrng #giro https://t.co/OwknUmAdRN

Rogers himself had to tangle with fans on the Zoncolan's slopes, but managed to navigate the gauntlet alright, and win the stage. While maglia rosa Nairo Quintana very nearly came asunder when, ironically, a Colombian fan gave him a push which rocked his balance.

None of us want see thing like that happen. We see the race as sacrosanct, and accidents preventing it running smoothly are frustrating for both athlete and spectator. Dogs off leashes, tacks on the road, ill-positioned fan photographers, even race vehicles, have all caused issue in the past, each time to a chorus of criticism.

There needs to be more security.

These people are idiots.

The race has been ruined.

But, and bear with me here, isn't that what makes bike racing so unique? The proximity of fans to their idols is an aspect unparallelled in any other sport. Period. People camp out for days to get a chance to see riders up close, holding festivals of sorts that lead into major mountain stages like the Zoncolan, and when the race finally arrives the crowds are euphoric. These people are what make Grand Tours special.

Ninety-nine per cent of them do the right thing. They keep a safe distance, they respect the riders as they pass them by, and willing them on only with encouragement, not contact.

I was in Qatar last year and witnessed first hand what a bike race without support looks, and feels like. It's lifeless. The roads are barren, it's eerily quiet, and it's dull.

Compare that to the Zoncolan. It was rapturous, and yes there were a couple of incidents, but would you really want to restrain that with further controls on the crowds? Would it be a positive outcome to have security from bottom to top, or indeed barriers all the way up the climb? Has cycling become such an elite sport that we see the odd idiotic fan as a pest rather than the embodiment of what makes this sport so special? 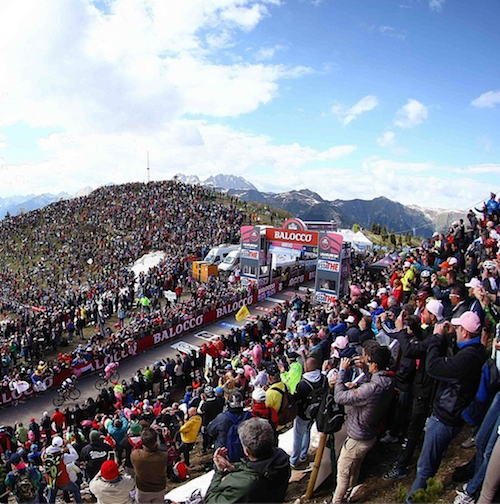 The top of the Monte Zoncolan. (Tim de Waele)

Might sometimes come at the cost of a little bit of this: 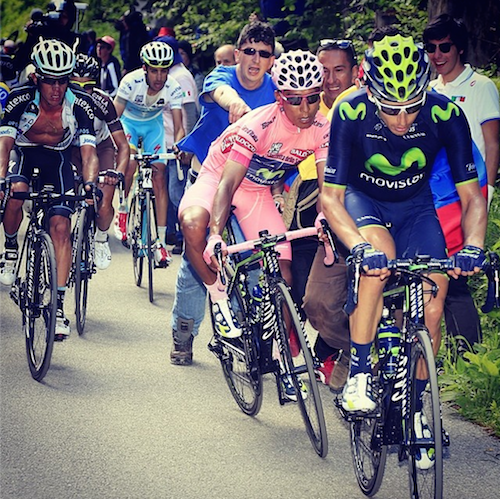 I have the deepest sympathy for Bongiorno, but it would be a mistake to
characterise the malfeasance of a few as representative of the behaving
majority. Incidents are exceedingly rare, a token cost, and a byproduct of atmospheres other sports can only dream of. Bike racing's accessibility to fans is its biggest drawcard, and personally, I wouldn't have it any other way.