Previous Next Show Grid
Previous Next Hide Grid
Image 1/
Video
Audio
As far as Anthony Tan is concerned there's more curiousities surrounding this year's Tour de Suisse than the star-studded Critérium du Dauphiné. The only problem is, no-one seems to know about it.
By
Anthony Tan

"The CritÃ©rium du DauphinÃ©, it's a hard race and an important test for the riders who are going to aim high at the Tour de France," Alberto Volpi, Cannondale's sport director, said before the eight-day race began last Sunday.

"Alberto has had a break of eight weeks from racing so he's not peaking yet, but this race should help him brushing off his condition," Tinkoff-Saxo DS Philippe Mauduit said of the three-time Tour de France winner, two days prior to the race start in Lyon.

Said Contador himself, "I might say the same thing every year but the DauphinÃ© is a key race for me ahead of the Tour de France."

"The DauphinÃ© is some kind of exam for everybody. No one with ambitions for the Tour comes to ride here without a goal," Lotto-Belisol's Jurgen Van Den Broeck, fourth overall at the 2010 Tour, said.

"You can already feel some of the Tour atmosphere during this race (...) Now it's a race and afterwards one can judge. I completely want to go for it. It's an exciting period and I'm curious to see where I stand. Hopefully all efforts I've done can turn out in a good race.

"The plan is that I will stand at the start of the Tour on the fifth of July. I did everything I could to be ready. In the DauphinÃ© I want to prove that I'm competitive." 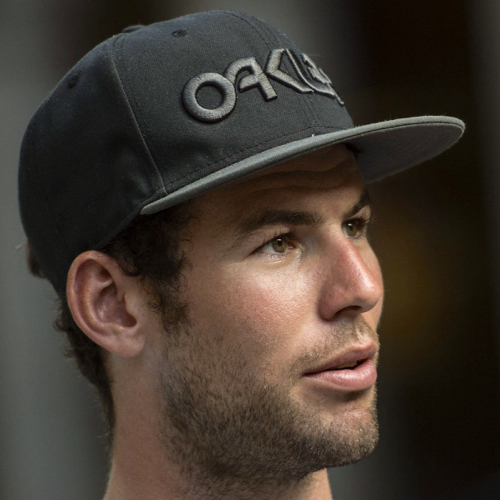 The day before he posted a top-10 finish on the opening stage, a 10 kilometre time trial, American cycling's Great Hope, Tejay van Garderen, was as unequivocal as Van Den Broeck.

"We want to treat it as a dress rehearsal for the Tour de France. I'll definitely be going for as high a GC place as possible and try to test my limits and the team, making sure we are all working well together."

From Chris Froome, the defending Tour champ and the guy who won the first two stages, who has held the lead since: "I'm definitely here to try and win the race overall. We'll do everything we can but the most important is to wear the yellow jersey at the end of the race, not at the beginning."

All of which made me think: Is anyone going to care what happens at the Tour de Suisse?

Quite likely, the 2014 Tour de France podium is at the DauphinÃ©. Maybe the entire top five, even.

So, how do you 1) convince GC riders aiming for the TdF to ride Switzerland's national tour, and 2) keep the audience interested after the DauphinÃ© ends so the former doth not fade into irrelevance?

Unless you bribe them, I think the first is nigh on impossible. At least at far as the favourites are concerned, anyway. Why wouldn't you ride a Tour de France warm-up race in France, organised by the people who run the Tour? Der!

Regarding the second, for this year in particular, I honestly think there is enough interest to keep cycling fans attentive and engaged beyond French borders.

If the DauphinÃ© provides confirmation that the Tour will be a head-to-head battle between Froome and Contador, it is only natural one looks afield to other points of interest. The sprinters is one such battleground, and this year Mark Cavendish, Peter Sagan, John Degenkolb and Gerald Ciolek will all be in Switzerland.

This year's Tour de Suisse line-up is not bereft of GC riders, either.

Cadel Evans, after finishing eighth at the Giro, is heading up BMC's eight-man roster, wearing dossard #61. Does he still harbour Grand Tour ambitions? If he wins Suisse, you may well see him at the Vuelta...

The idiosyncratic Bradley Wiggins, dossard #41, is in a similar predicament after (seemingly) being shunned for the Tour, despite doing everything right so far this year. If he wins, can Team Sky really ignore the Kid from Kilburn in the year the Tour comes to his hometown?

Tinkoff-Saxo's Roman Kreuziger, #71, is arguably as critical to Contador's Tour hopes as Richie Porte is to Froome's. He's had a solid start and has won Suisse before, albeit six years ago; doing so again would imbue both him and the team with oodles of assurance, quietly confident they can dismantle the Sky juggernaut in July.

It would be downright rude not to mention dossard #1, the current world champion, Rui Costa, also the Tour de Suisse champion of the previous two editions.

And in Tony Martin, Fabian Cancellara and Wiggins you have the world's three-best time trialists.

The brothers Schleck: Do even they know what they're thinking? (AAP)

Oh - and there's those quizzical Schleck brothers, FrÃ¤nk and Andy, or is it Andy and FrÃ¤nk? They're always entertaining, if not always for the right reasons.

As far as I'm concerned there's plenty to like about the Tour de Suisse, maybe more so than the CritÃ©rium du DauphinÃ©.

Only problem is, no-one seems to know about it.