No, CIRC is not just about Lance. But he sure is mentioned a lot

Previous Next Show Grid
Previous Next Hide Grid
Image 1/
Video
Audio
For those who closely follow professional cycling the just released Cycling Independent Reform Commission (CIRC) report offers no new insight but for many it will serve as a reminder that there is a lot of work ahead for the sport.
By
Philip Gomes

No, the report is not just about Lance Armstrong, though many media headlines will make him the focus because his name is woven throughout.

Armstrong is the whipping boy for all that ails the sport today, but as we know, he was just a symptom of the climate of the time, sometimes aided and abetted but the very men who were supposed to advance the sport. He just played the game better than most.

The report adds a bit more meat to the bones of what we already knew about Armstrong's story, but its really about the UCI and its comprehensive administrative failure as an institution.

At its heart the CIRC report is a political document designed to draw a line between the Hein Verbruggen, Pat McQuaid era and that of current president Brian Cookson. As such it succeeds and gives Cookson the space to breathe as he reorganises the UCI.

The report does this by giving the UCI a sharp uppercut for its behaviour during the dark days of doping, when its enthusiasm in fighting the good fight against doping was mixed, to say the least.

Past presidents Verbruggen and McQuaid come in for serious criticism and investigation. Both men were in turn described as too powerful and too weak, with the former allegedly pulling the strings while the latter wore the mantle of leadership. 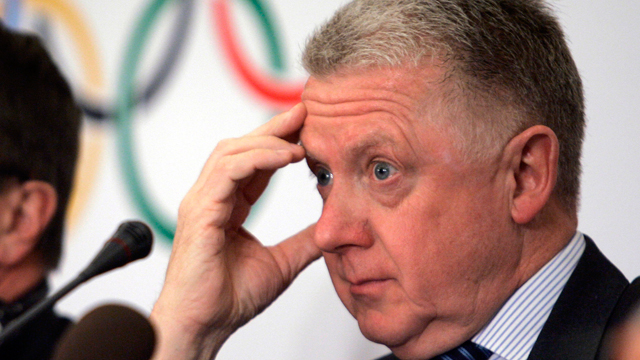 Now there are calls from from the man who pursued Armstrong, US Anti-Doping Agency chief Travis Tygart, to prosecute both.

"A stunning example of deceit found by the CIRC is that the UCI, under the explicit direction of Hein Verbruggen and Pat McQuaid, commissioned a supposedly 'independent' investigation of Armstrong's positive samples from the Tour de France," Tygart said.

"According to the CIRC, the UCI then conspired to allow what was sold to the public as an 'independent' report to be re-written by Armstrong's own lawyer and sports agent in order to conceal Armstrong's doping.

"USADA will work with the current UCI leadership to obtain the evidence of this sordid incident to ensure that all anti-doping rule violations related to this conduct are fully investigated and prosecuted, where possible.

"The clear message of the CIRC report is what we have always said. Sport cannot effectively both promote and police itself, without the support of independent anti-doping organisations." 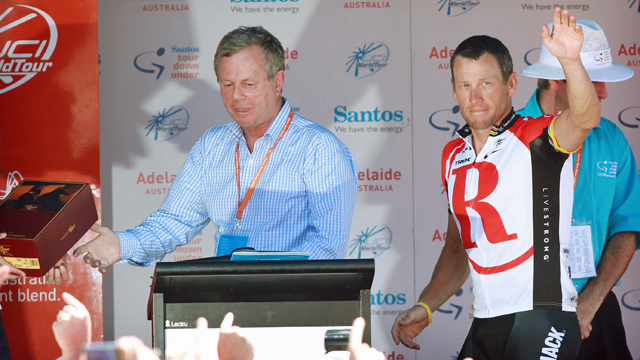 One example of UCI favouritism noted in the report was Armstrong's participation at the Tour Down Under in 2009 and way the rules were bent to allow him to make the race his first as he came out of retirement.

The UCI cleared the way for Armstrong to compete even though he had not been available for testing the six months prior. The report said McQuaid made the personal call which allowed Armstrong to return almost two weeks early, and joined a "temporal link" between that and Armstrong's later announcement that he would ride the Tour of Ireland, a race McQuaid's brother Darach organised.

Interestingly, the report noted that Armstrong had been paid up to $3.8 million to compete at the Tour Down Under. This just may be the first time South Australian taxpayers have been given an insight into the machinations and accounting required to draw the seven-time Tour de France winner to the race.

There's more, a lot more. The full report can be found here.