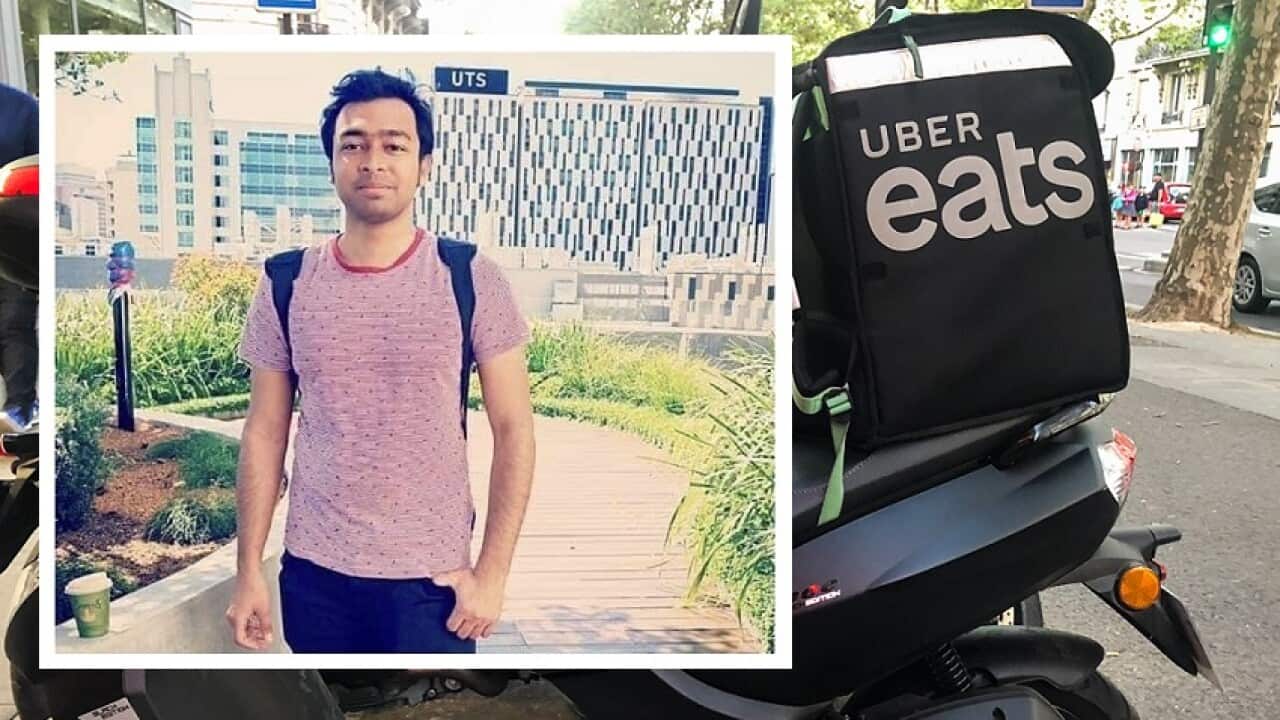 Vijoy Paul was a Master's student and had been working as an Uber Eats delivery rider. Source: AAP

Advertisement
Shimul Paul said she did not know much about the accident. However, she said police had told her that he had crossed the red light while on a delivery when the accident happened.

“He died while he was delivering an Uber Eats order," she told SBS Bangla.  "He had Uber orders in his bag on his  bike - it was an order from McDonald's.”
Uber Eats delivery rider and Master's student Bijoy Paul, killed in Sydney over the weekend. Source: Supplied

The union cites a survey of delivery riders in September which showed average earnings after costs was just over $10 an hour. Almost 90 per cent of riders have seen their pay decrease and 70 per cent say they are struggling to pay bills and buy food.
An eyewitness captured the scene after the accident involving Uber Eats rider Bijoy Paul. Source: SBS / Rafsan Nissan

What are the opportunities for Bangla-speakers to join the Australian Defence Force?