Dutch backpackers buy a boat to escape from 'coronavirus in Australia'

Dutchman Jordy van der Voort and compatriot Daniel Wiessing are preparing to sail from Australia to the Netherlands, a 13,000 nautical miles journey, but first, they are ironing out a few issues one of which is that neither man has much sailing experience. 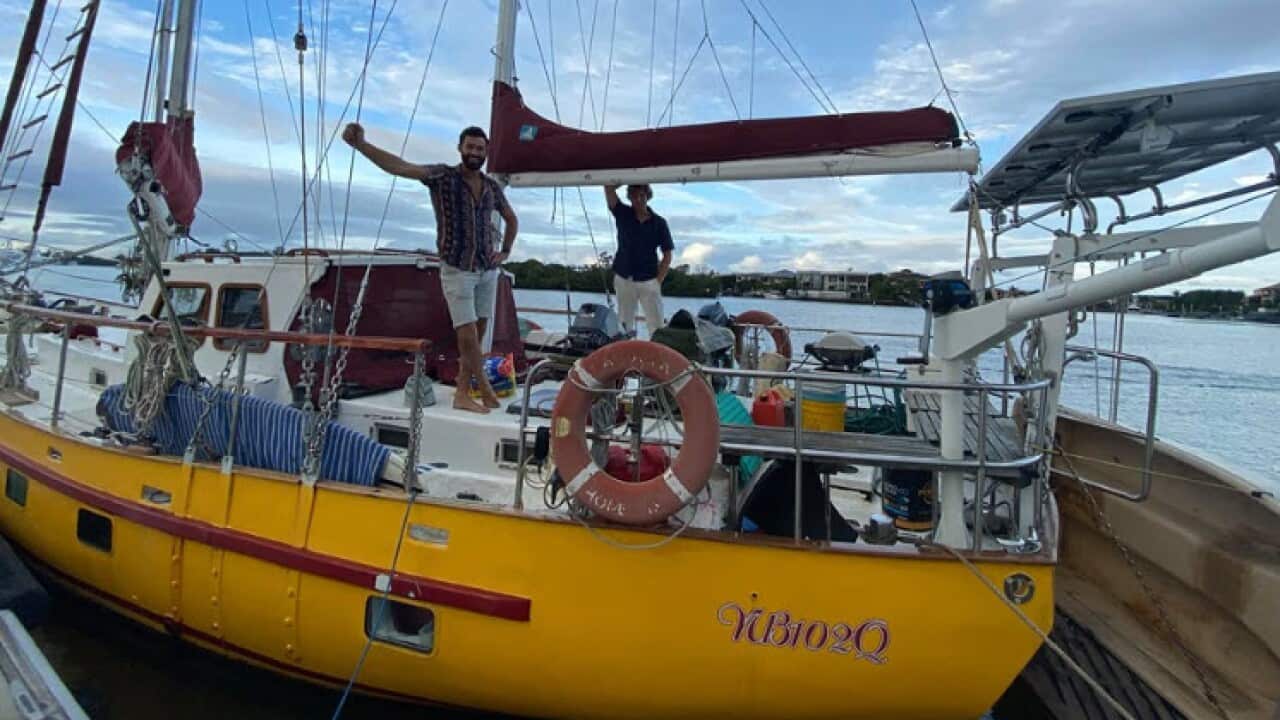 29-year-old Jordy van der Voort has the boat. He sold his backpacker truck last week and bought Samara, a 47 footer ferrocement ketch, for a good price. He is Dutch, after all.

He knew he couldn’t sail the boat on his own and the very next day after his purchase, by pure coincidence, 23- year-old Daniel Wiessing put out feelers on a Dutch backpacker Facebook page to see if there was any interest in sailing back to Amsterdam in a not-yet-purchased "corona-free catamaran".

There was, of course, a lot of interest.

Advertisement
Requests came from fellow Dutch backpackers from all over Australia who said they wanted to join Mr Wiessing on his trip to the Netherlands, "especially because it is so hard to get a plane ticket at the moment".

Since Mr van der Voort already had his boat, he got in touch with Mr Wiessing and a meeting was soon arranged of the kindred spirits, in spite of all the hurdles that are sure to come with this voyage.

Mr Wiessing was sold straight away as soon as he saw the name of the boat.

“I just knew I had to do this,” he says explaining that he recently met a Swiss girl named Samara for whom he has "deep feelings".
Jordy van der Voort and Daniel Wiessing Source: Facebook

The plan is made, the boat is beautiful, the adventure is beckoning. But the sailors have to sort out a few things before they can set off into the sunset.

For starters, neither Mr van der Voort nor Mr Wiessing can describe themselves as experienced sailors.

They acknowledge that this is "a bit of a problem", and they are going to do a crash course in sea sailing first.

And they could do with more crew members, “seasoned sailors”, says Mr van der Voort; and even though the ketch sleeps 8 people, the maximum he wants to take on this trip is four, including himself and his co-captain.

Then there is the matter of piracy on the high seas.

The boat will have some dangerous waters to cross, such as the Gulf of Aden where pirates may be looking for bounty, but the captains are not worried.

“We have nothing of value that can be stolen.”

But the bigger issue is that there are really only two sailing routes to the Northern Hemisphere; via the Panama canal and other via the Suez Canal, and both are seasonal.

They hope to be ready to leave in about a month aiming for the Panama Canal option, all going well.

If not, they'll have to wait six months for the Suez Canal opportunity. And everything depends on the developments around the coronavirus.

Mr Wiessing says the most attractive thing about the voyage is also the thing that he fears most: “total isolation from the rest of the world”.

They have eight life vests on boards, a fully equipped dinghy, a satellite phone and possibly more crew members. They are also equipped with a social media account to keep the world abreast of their adventure as they plan to escape the coronavirus in Australia for their home country where the number of COVID-19 cases is four times higher.