Australia is one of the primary destinations in the world where Pakistanis are moving to study, live and call it home.

Pakistanis were in the seventh place in terms of the nationalities that were invited this year on Australia Day to become citizens.

Acting Minister for Immigration, Citizenship, Migrant Services and Multicultural Affairs Alan Tudge says that citizenship is a chance for new migrants to make a pledge to uphold our laws and values and contribute to our cohesive, open and inclusive society.

“A citizenship ceremony is an important event in every new citizens’ life and being able to attend one on Australia Day adds extra significance.” "Life will be easy after becoming Australian citizen but..." 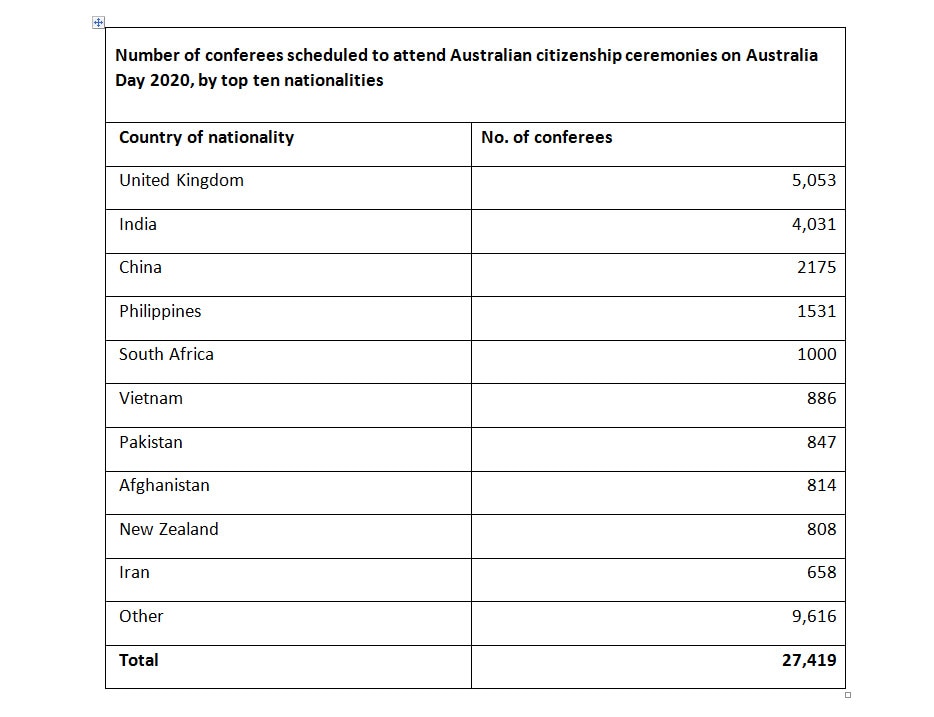 The number of Pakistani-born Australians has also doubled in recent times. In terms of population growth, the second-fastest increase between 2006 and 2016 was in the number of persons born in Pakistan. “This is the first time we are requiring councils to hold citizenship ceremonies on Australia Day,” Mr Tudge said.

“We want them to do the right thing as it is the most popular day for new migrants to become an Aussie. This is the day that all of us can celebrate, whether born here or only just becoming a citizen.”

Listen to SBS Urdu radio program on Wednesdays and Sundays at 6:00 pm AEDT.