Indian Prime Minister Narendra Modi in a surprise move on Tuesday night announced high-denomination notes of 500 and 1000 rupees will no longer be legal tender from midnight local time.

Indian Prime Minister Narendra Modi in a surprise move on Tuesday night announced high-denomination notes of 500 and 1000 rupees will no longer be legal tender from midnight local time.

"Brothers and sisters, to rid this country of the termite-like corruption and black money, it has become essential to take one more tough step. Starting midnight tonight, that is, on the midnight of November 8, 2016, the current currency notes of denominations of rupees 500 and rupees 1,000, will no longer remain legal tender. These currencies will become legally invalid."

This decision and announcement has been described as the boldest attempt yet by any Indian government in history.

The move aimed at combating the scourge of black money, corruption and fake currencies that allegedly fund terrorism forced people in India to scurry to petrol pumps and ATMs, as news spread.

This new development has also raised many questions among the huge Indian diaspora living abroad. Many in Australia woke up to this news and were looking for answers as to how could they get their old 500 and 1000 rupee notes converted.

For NRIs, who have cash on hand, there are some options available to change the old notes:

1. Carry the cash with you to India:

According to a press release by India's Ministry of Finance, one can exchange the old notes till December 30, 2016.

Many non-residential Indians are scheduled to make their trip to India in coming months. You can carry your old notes to India and you will be able to deposit this into banks or post offices till December 30, 2016.

If you are not travelling this year, you can still change them until March 31, 2017 by furnishing ID proof.

2. Use money-exchange in your country:

You could exchange your cash (read old Indian currency notes) at a certified money exchange in your city (this could be commercial private money exchange outlets and your local banks) and change your money into dollars, pounds, or other local currency, and then change it back to rupees when you visit India. You may lose a bit on conversion rate but this is an option, if you are not travelling to India before March 31, 2017.

UPDATE (8pm AEDT, 9th Nov 2016): Certain commercial money exchange outlets have reportedly refused to accept the old 500 and 1000 notes. Kindly check your money-exchange options at your local bank. We will continue to bring you updates as the matter develops.

UPDATE: (12pm AEDT, 10th Nov 2016): Majority of the commercial money exchange outlets have either stopped or halted accepting the old 500 and 1000 rupee Indian notes. We will continue to bring you updates as matter develops.

Reserve Bank of India’s (RBI) website has put our FAQs which states that you can deposit your notes into Non-Resident Ordinary (NRO) Savings Account.

4. Authorise another person in India to deposit the notes:

According to RBI guidelines, if you have old banknotes in India, you may authorise in writing enabling another person in India to deposit the notes into your bank account. The person so authorised has to come to the bank branch with the OHD banknotes, the authority letter given by you and a valid identity proof (Valid Identity proof is any of the following: Aadhaar Card, Driving License, Voter ID Card, Pass Port, NREGA Card, PAN Card, Identity Card Issued by Government Department, Public Sector Unit to its Staff)

WHAT IF NONE OF THESE OPTIONS ARE SUITABLE TO ME?

If none of the above options are suitable to you, there may still be an option made available, states India's Ministry of Finance. In a press release, the statement says, "For those who are unable to exchange their Old High Denomination Bank Notes or deposit the same in their bank accounts on or before December 30, 2016, an opportunity will be given to them to do so at specified offices of the RBI on later dates along with necessary documentation as may be specified by the Reserve Bank of India." 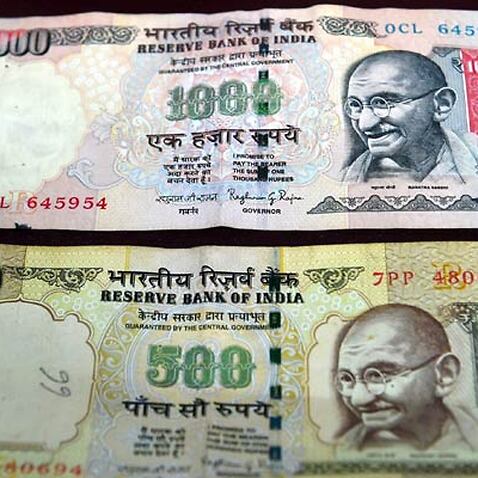