A grandmother who has lived in Australia for 12 years is facing deportation to India after being denied a visa and told she would be a financial burden on the health system.

A 98-year-old woman who has called Australia home for the past 12 years has been threatened with deportation to India, a country where she has no one that she can call her own.

Originally from the western Indian state of Goa, Esmeralda Rosario arrived in Australia on a tourist visa in 2007.  She received an indefinite bridging visa a year later after her family applied for her aged-parent visa.

But their 12-year-long wait ended in a disappointment in November 2019, when Ms Rosario’s visa application was refused on grounds that her care would “result in a significant cost to the Australian community,” The Daily Telegraph reported.

Her family was informed that the nonagenarian had failed her compulsory medical examination after the medical officer found that she had “severe functional impairment.” 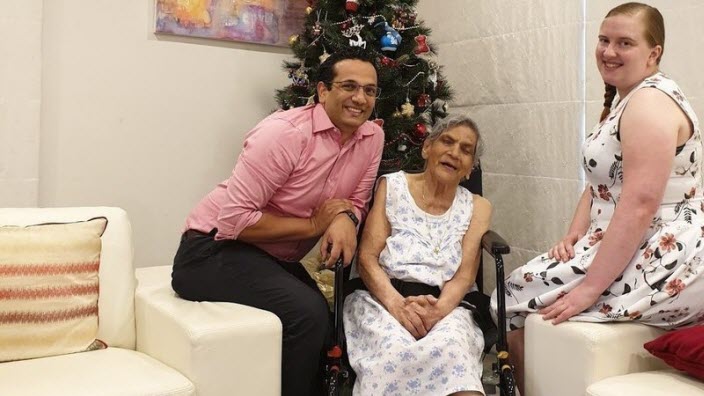 Esmeralda Rosario with her grandson Jason D'Silva and his wife Samantha D'Silva.
Facebook

The "heartbroken" family has filed an appeal before the Administrative Appeals Tribunal seeking reversal of the decision. The first hearing was scheduled for Tuesday.

The family members have set-up an online petition on Change.org in the hope of gathering support for Ms Rosario, which has amassed nearly a thousand signatures.

“My Grandmother has been denied residence after waiting for 12 years, at 99 years of age.

“She has been denied residence based on her age, and is now at risk of being deported back, where she will have to live the rest of her days without her loved ones by her side,” the petition reads.

The mother of two and a grandmother of four gets a $50,990 worth annual home care package under the government’s MyAgedCare program. The funding allows her family to provide for at-home care from a nurse thrice in a week for their wheelchair-bound grandmother.

Ms D’ Silva who is tirelessly working along with the rest of the family on pathways for Ms Rosario to remain in Australia wrote in the petition that “Nana has touched my heart is with her love for her family.

“From the day I met her, I was always included in her prayers. Now is our turn to pray for Nana,” she added.

Ms Rosario is among thousands of applicants waiting for a permanent parent visa- a limbo that can last up to 30 years due to long queues and capping.

Migration agent Nitin Garg said, “The pathway has the right intention but is completely ineffective.”

“Elderly people who have applied for this visa have to wait for a staggering 30 years or perhaps more for their visa grants. And there are only 1,500 spots available,” said Mr Garg.

He added that besides the long waiting period, the fact that applicants have to pass a mandatory health check both at the time of filing the visa and the grant is an even “bigger hurdle.”

“If a 70-year-old applicant is asked to undergo a medical examination 20 years after the application was lodged. Do you think at the age of 90, they'd be able to pass the compulsory test? I believe not.

“So after spending 20 years of his old age in uncertainty when he’d most likely fail the health test, he’d be threatened with deportation. So what is it, if not a broken system?” said Mr Garg. 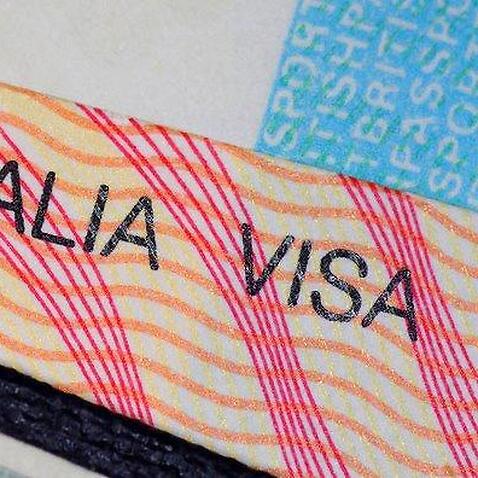 ‘Quite a joyful reunion’: Indian grandmother among first recipients of the new parent visa Parent visa options: What you need to know