Theekshitha Karthik, a Year 6 student of Melbourne’s Haileybury School, has left students from 490 schools across Australia behind to win the Prime Minister’s National Spelling Bee in the Years 5/6 category. She is now excited to meet Scott Morrison to receive her award.

Dromedary, pariah, hospice were some tough words this 11-year-old schoolgirl of Indian origin got right and became the national champion of the Prime Minister’s Spelling Bee 2021 in the intermediate category.

Spelling was always a favourite area of learning for Melbourne’s Theekshitha Karthik. Little wonder, she won.

Her family migrated to Australia from India when she was two-years-old. Not too long after, she fell in love with reading books in the English language and learning spelling, especially the difficult words.

“I love spelling and it’s my passion. While my classmates groan over a spelling test, I enjoy it,” she tells SBS Malayalam.

As a winner of one of the competition's three categories, Theekshitha will meet Prime Minister Scott Morrison very soon to receive her prize.

“The prize is going to Canberra to meet the prime minister, a flight for me and one of my parents, a night’s accommodation there and finally, receive my award certificate. I’ll also get a Collins book pack worth $250 and an iPad and that’s really exciting,” says a delighted Theekshitha. The competition was held from 15 March to 27 May in three rounds, at the school, state, and national levels.

According to the prime minister's website, students from 490 schools across Australia took part in this year’s competition.

"Almost 21,000 students from 490 schools around Australia took part in this year’s competition. Obstreperous, connoisseur, meteorological and chihuahua were some of the words the top performers managed to spell correctly," read the prime minister's statement.

Unlike the previous years, this year’s competition was held online. The participants had to type in 30 words with difficult spelling quickly and correctly under the strict monitoring of their school teachers.

The main criteria of the contest was to spell these words within a short span of time.

Theekshitha spelled 30 words in one minute, which helped her win.

“I practise mostly by myself, research a lot of commonly-misspelled words, browse websites. I love reading books of any kind, which has really helped me.

“If you know the Latin or Greek roots of words, that will be more helpful than you think,” she says.

A student of Haileybury School at Berwick, a private school in southeast Melbourne, Theekshitha credits her school for identifying her talent for spelling and encouraging her to participate in this competition.

“It was all due to my school. Ms Marshall, the teacher who coordinated the contest, sent me an email saying that I had been selected for the initial round. Our school has a program called Curious Minds, under which Spelling Bee comes,” she says. 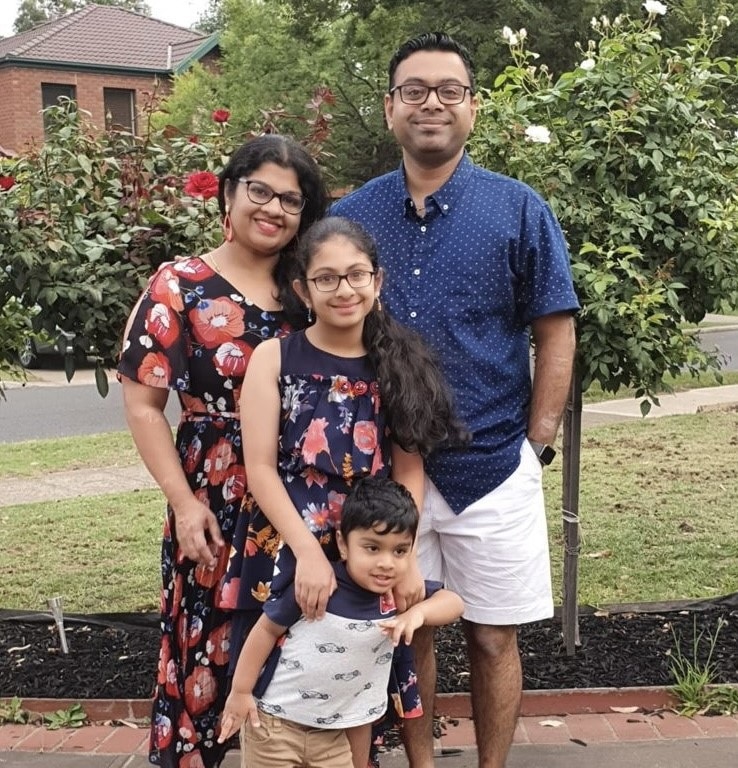 Despite reaching the national level of the competition, Theekshitha said that she was nervous when the big day arrived.

“My knees were shaking in one of the rounds. It was nervousness mixed with excitement, but it was a good nervousness,” she adds.

After Theekshitha learned that she was the national champion of 2021, it was celebration time.

“I was extremely happy. I jumped up and down and screamed for almost two minutes straight. I just thrust myself into my parents’ arms and had pizza that night,” she recalls.

Like most parents, Theekshitha’s parents were not too different in offering her the support she needed to shine.

“I think her passion was more for reading. Learning spelling comes with that automatically because when she reads a lot of books, she is inclined to understand spelling,” says her father, Karthik Ganesan.

“More than me, my wife supported her by taking her to libraries and wherever there were opportunities. Theekshitha did the rest, our contribution was just in helping her buy books and take her wherever she wanted to go,” adds Mr Karthik.

Theekshitha thanks her school and parents for their support.

“I would like to thank my school for providing me this amazing opportunity to enter Spelling Bee. And, of course, my parents for motivating me through and through and buying me books to boost my confidence. That was the main moral support they gave me,” she adds.

Hayley Marshall, Head of LEAP programs at Haileybury School, told SBS Malayalam that the school was excited to know Theekshitha had won the competition. 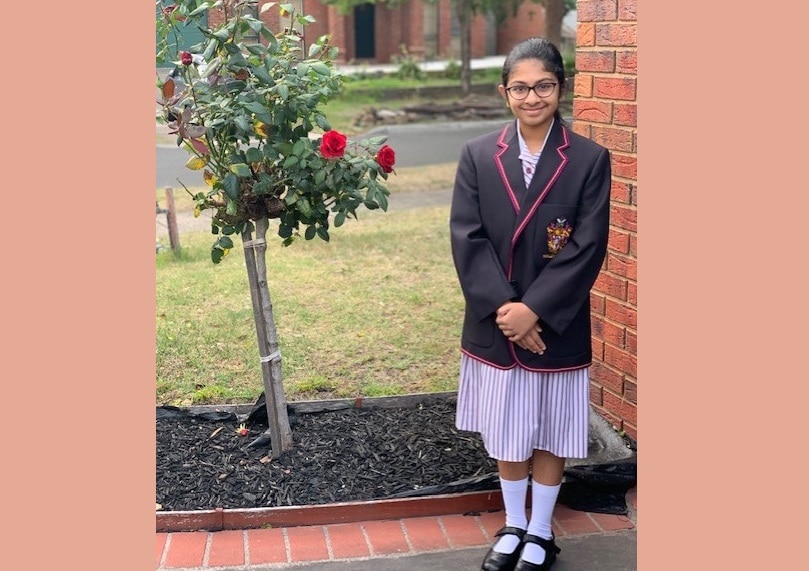 “We were over the moon to find out that Theekshitha had won the Orange Level competition. She is just so deserving of this wonderful achievement. She is a vibrant, well-rounded member of the Haileybury Berwick community, and we feel lucky to be able to provide opportunities for her, and all our students, to discover their passions,” says Ms Marshall.

Prime Minister Scott Morrison has also congratulated the winners and the contestants of this year’s competition on his website.

“Well done to all the students across the country who took up the challenge, and congratulations to all the winners,” the prime minister's statement added.

“Whether you’re a prime minister or a plumber, a teacher or a doctor, a fighter pilot or a scientist, spelling, and reading are foundation skills you’re always going to need,” he added.

Federal education minister Alan Tudge said it was great to see a mix of students from a range of schools around the country represented in the finals.

“Well done to everyone who took part and a particular thank you to all the teachers who encouraged and supported their students,” Minister Tudge said.

For now, Theekshitha is waiting to fulfill her dream of flying to Canberra, meeting the prime minister, and receiving her prize.