Oxford Languages says its Hindi Word of the Year is "a word or expression that is chosen to reflect the ethos, mood, or preoccupations of the passing year, and have lasting potential as a term of cultural significance."

Aatmanirbharta or Self-Reliance is Oxford Language's Hindi Word of the Year 2020.

The Oxford Hindi Word of the Year 2020 is… Aatmanirbharta or Self-Reliance.

Indian Minister of External Affairs Dr S. Jaishankar tweeted about the Word with the comment.

"Keeping up with Bharat."

Oxford Hindi Word of the Year is आत्मनिर्भरता #Atmanirbharta (Self Reliance).

Keeping up with Bharat. https://t.co/Ztc5M21OMl

The Word Aatmanirbharta was in the news after Indian Prime Minister Narendra Modi emphasised the need of becoming self-reliant as a country when he announced India's Covid-19 recovery package in May last year.

"Aatmanirbhar Bharat is not about being self-contained or being close to the world, and it is about being self-sustaining and self-generating. We will pursue policies that promote efficiency, equity and resilience," said Mr Modi. A significant increase in the usage of Aatmanirbharta (self-reliance) was seen following the Prime Minister's address, highlighting its increased prominence as a phrase and concept in the public lexicon.

To select the Hindi Word of the Year, Oxford - part of the Oxford University Press, that also publishes the Oxford English Dictionary - had obtained entries from Hindi speakers through Twitter.

Our @PMOIndia, Sh @narendramodi's vision of creating a strong self-reliant India has resulted in making the concept of Atmanirbhar popular. It is a matter of pride that Oxford Languages has chosen 'Aatmanirbharta' as its Hindi word of the year 2020. #AtmaNirbhar@UniofOxford pic.twitter.com/MlC3f8oTAR

In it's explanation to why the word was chosen, Oxford says on an individual level, 2020 required self-reliance more than ever before.

"From homeschooling to remote working, from creating our own means of entertainment to finding ways of keeping ourselves physically fit within confined spaces, from cooking for ourselves to caring for ourselves, and being forced to remain away from family and loved ones for extended periods of time, what has gotten many of us through is self-reliance," reads the explanation given on its website. 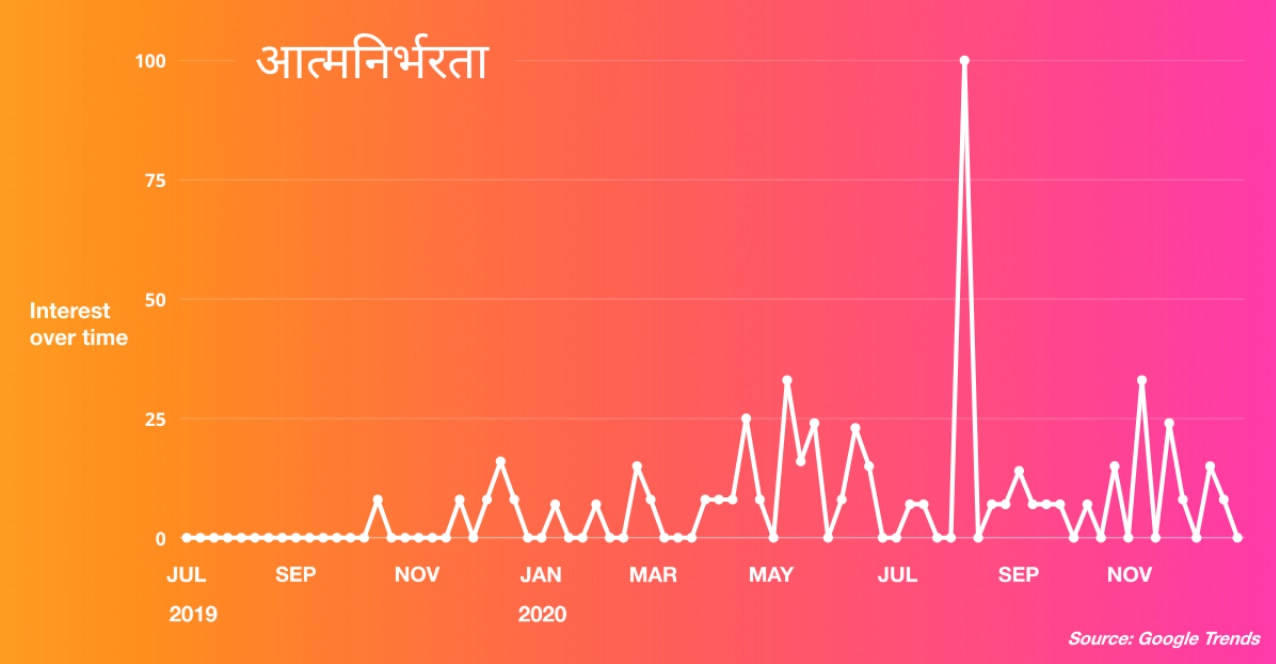 The Oxford Word of the Year is "a word or expression that has attracted a great deal of interest over the last 12 months."

No single word of the year has been chosen for 2020.

Oxford says as the Word of the Year process started, and this data was opened up, it quickly became apparent that 2020 was not a year that could neatly be accommodated in one single "word of the year".