Coming Up Sun 9:00 AM  AEDT
Coming Up Live in
Live
Cantonese radio
More

"It's not just the conversation but it's actually creating genuine friendship that is meaningful for the guys whom we meet."

This Homelessness Week, we caught up with Warren Tu, the founder and director of 300 Blankets, a young and energetic charity that provides care to people experiencing homelessness in Victoria.

It all began when Mr Tu was a young child, he said, when his parents started teaching him to look after those around him.

"My sisters and I have always had a very encouraging upbringing to look after people in our community," he said.

Around eight years ago, when Mr Tu started volunteering at his local soup vans, he was inspired to create his own charity. It took two years to bring that dream to fruition, but 300 Blankets has been running ever since.

On a mission to help those sleeping rough

Once a week, a team of volunteers led by Mr Tu said head to the busy streets of Melbourne and engage with people who are sleeping rough.

"We’re on the streets every week, and because of this we get to know a lot of people and we get to build really good relationships with people, who might have lost all their friends, lost all their family," the 300 Blankets founder said.

"And so we are the only special people in their lives." 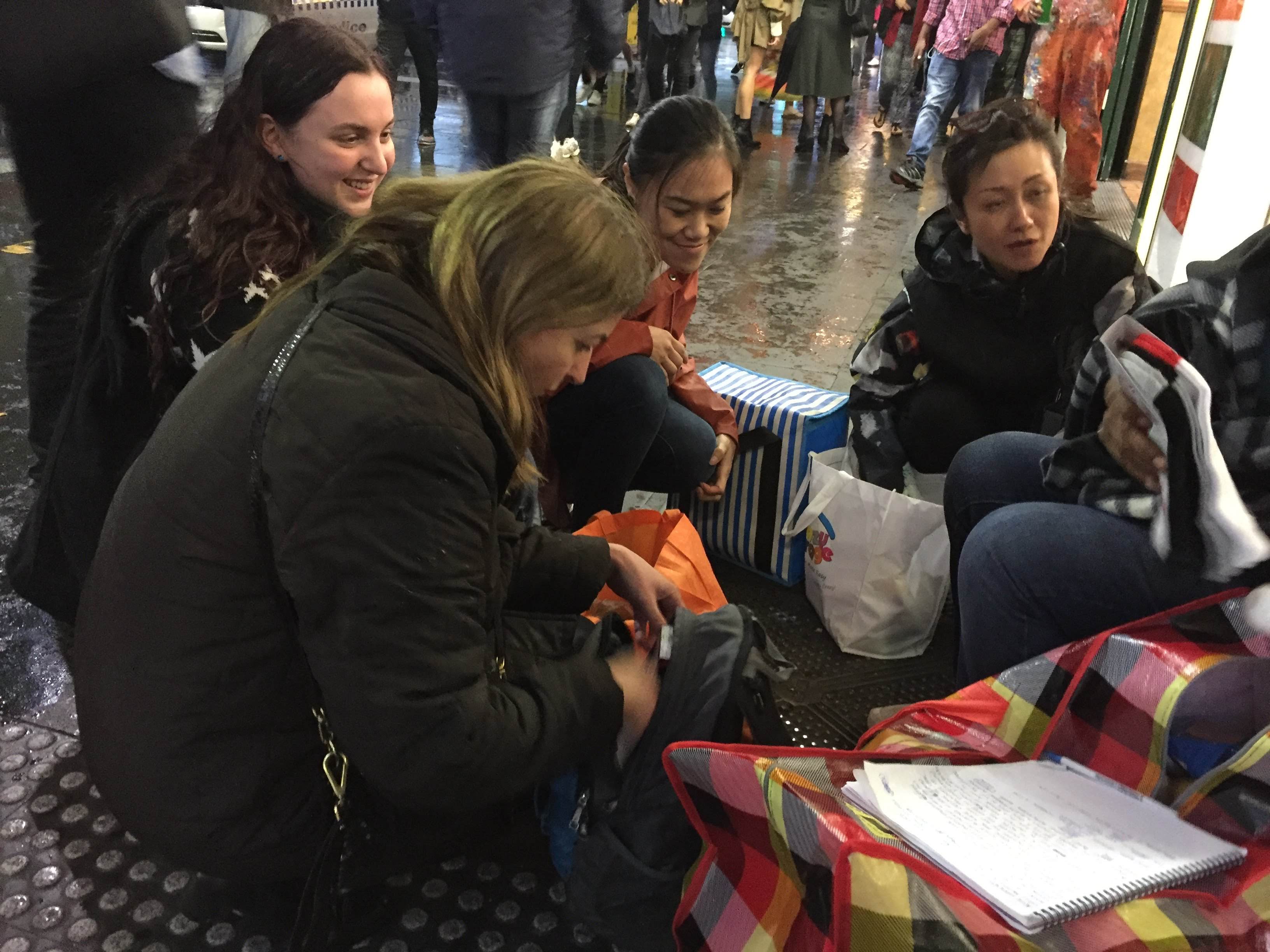 Mr Tu recalled a particular story with one of his homeless friends, Brett*, who he hadn't seen for a month. When he eventually saw him again, Mr Tu had yelled out his name. "He was just surprised I actually remembered him," he said.

"And then when we were talking I gave him a hug, and he started crying, and then I started crying. And he told me that this was his first hug or first physical contact he had had with anyone for years."

Brett had been born overseas and had had a wife and a child when he was in Adelaide. When the relationship broke down, he was left homeless.

Mr Tu said he later learned that the physical encounter with Brett had left the latter so emotional because the hug "wasn't from his wife or his children" but from a stranger.

"Not material goods that are important"

In a video posted onto the charity's website, the founder explained that it was moments like his one with Brett that really gave "purpose to why we do our outreach".

"It's not just the conversation but it's actually creating genuine friendship that is meaningful for the guys whom we meet," Mr Tu said. 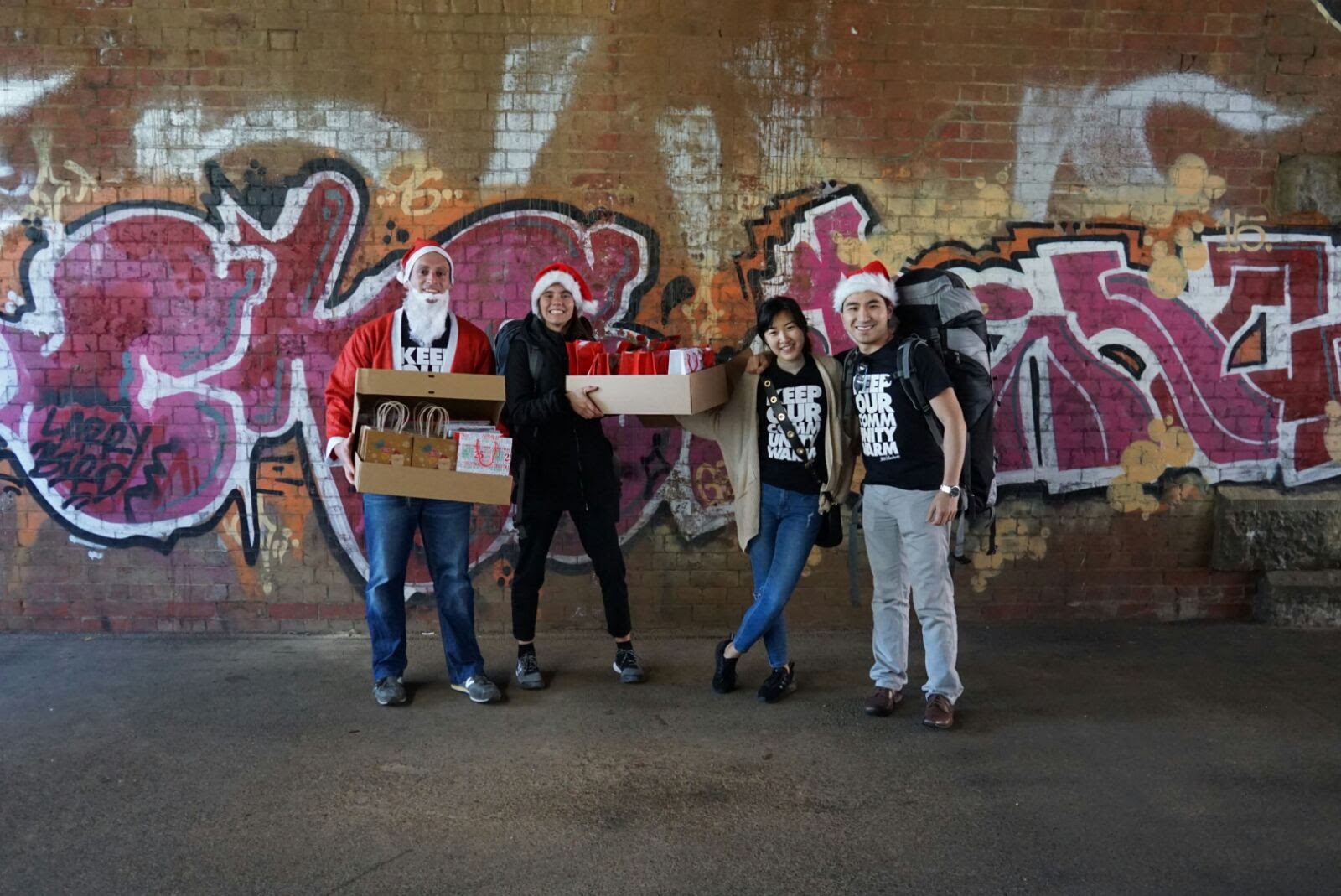 While the blankets, food and other personal hygiene products were always sorely appreciated by those who received them, Mr Tu explained that often what they really longed for was human interaction and kindness.

"Being human, we’re all social beings, we need to feel loved," he told SBS Cantonese.

Through the charity's weekly outreach program, volunteers are able to learn about the experiences and lives of those sleeping rough who were so overlooked by society.

"Each story is different. No one chooses to become homeless," Mr Tu said.

"None of these problems are actually choices. It's always the case of misfortune," he said.

"They are just like you and me, but at the worst times in their lives."

Further extending their work, 300 Blankets has recently launched Soul Kitchen in partnership with Warren's local church at Braybrook, 10 kilometers north-west of Melbourne, to provide a meal every Sunday night and to build relationships between the organisation and those at risk of homelessness.

Mr Tu believes that while Melbourne has a lot of support services for the homeless, all are centralised to the city center.

As a consequence, homeless people will have to "come in from the suburbs, from the country, from interstate".

More services needed to branch out beyond the Melbourne CBD to the suburbs and regional areas, he said.

Soul Kitchen clients are very different to those in the city.

"We have families with very low income, and they would be paying the bills, paying their rent, paying their school uniforms, and then, at the very end, it’s deciding what to eat or not to eat," Mr Tu explained.

Offering one meal every Sunday night "gives them that sense of security" and "reduces anxiety".

"And for us, we feel encouraged that the children are in a safe place every single Sunday night, and they have very good, hearty meals," he added.