An Australian family is requesting the government grant their widowed mother a travel exemption so she can travel from Pakistan, where she has no remaining family, to Australia.

Sydney resident Ahmad Hassan has not seen his wife and two kids for the past one and a half months and is currently in Pakistan with his 67-year-old mother Tahira Yasmeen.

Mrs Yasmeen was visiting her son and daughter in Australia earlier this year, in March when COVID-19 started to spread exponentially and countries started to enforce strict lockdowns.

Ahmad’s father suffers from asthma and he decided to send his mother back to Pakistan to take care of him.

“My parents are both doctors and frequent travellers to Australia. My mother went back to Pakistan at the end of March to be with my father as he is asthmatic.” Ahmad told SBS Urdu.

“By the end of April, my father started coughing, was admitted to the hospital and diagnosed with COVID-19.” 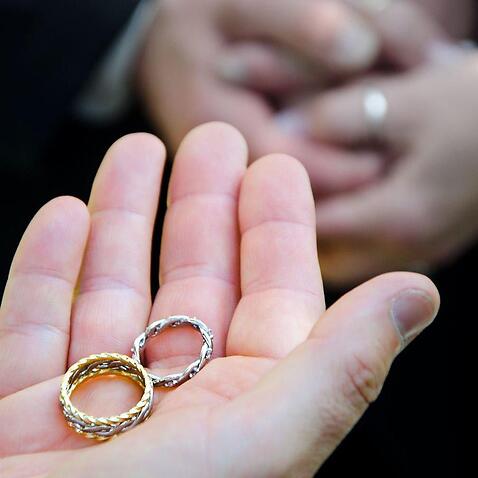 'The most terrible poverty is being separated from your partner': Offshore spouses share their ordeal

He also found out that during this time his mother had also tested positive for coronavirus.

“Luckily I got a ticket on the same day and left for Pakistan but by the time I reached on 15th May the funeral and burial procedure had all been done,” said Ahmad.

Since then, Ahmad has been stuck in Pakistan and has applied for several travel exemptions asking for his mother to be allowed to travel back to Australia with him on the basis of compelling and compassionate reasons.

Each of those requests for travel exemption for Mrs Yasmeen has been rejected so far. Ahmad told SBS Urdu that she has recovered from coronavirus but has no one left in Pakistan to take care of her.

"She has recovered from coronavirus and developed antibodies against it.

"I am the only son, she is my responsibility. She is 67 years old and in my extended family, I do not have any siblings in Pakistan. My heart does not allow me to leave my mother alone in this condition." Ahmad Hassan's father on his recent visit to Australia with his two sons.
Supplied

Labour MP Julie Owens from Parramatta is assisting Ahmad’s family with this case.

“When you hear stories like this, it’s really hard to understand why he can’t come back with his mum.” Ms Owens told SBS Urdu.

“I think there’s a couple of things that make this difficult. One is that when the government decided the rules on bringing family home they left parents out of the immediate family.

“It seems really apparent to me, it’s one of the reasons we put so much effort in. This is a genuine case where I believe an exception should be made.” Ms Owens further added.

Ms Owens further told SBS Urdu that it has been escalated and Senator Kristina Keneally’s office has gone direct between the two departments.

“All we can do is keep trying and keep finding out why they are rejecting it and trying again.” 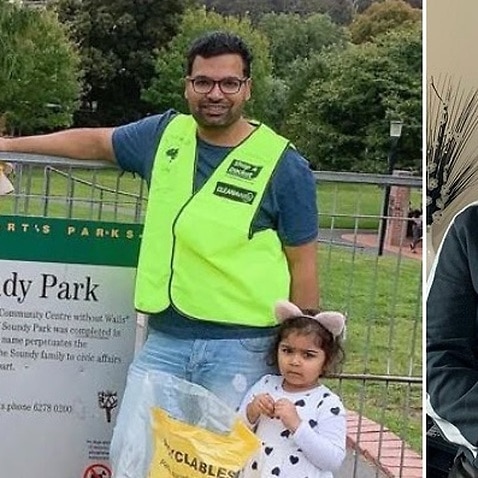 Mrs Yasmeen’s daughter, Komal who is a Melbourne resident was unable to make it to her father’s funeral, as she was unable to obtain a travel exemption for her newborn son.

“I had a chat with my midwife and she told me that your son is really young. I was told only when my son's vaccines are completed will I be granted permission to travel with him,” Komal told SBS Urdu.

“Our whole family is scattered. My mother is stuck in Pakistan with my brother and my brother’s family is in Sydney and I am in Melbourne unable to travel.

“At this time I don’t think my mother needs anyone more than me, as I still haven’t been able to meet her.” she further added. Komal is requesting the authorities to let her mother be united with her immediate family in Australia during these ‘traumatic’ times.

“Three families are suffering at this time because of this situation which can be resolved by a small solution of granting my mother a travel exemption.

“She is quite old and there are no old homes in Pakistan where we can safely leave her. If she is granted a travel exemption we can all be together for each other as a family.”

A spokesperson from the Australian Border Force told SBS Urdu “The Department does not comment on individual cases.”

Each case is unique and considered individually based on the information and supporting evidence provided in the application.

“Although I am attaching everything from my end. My salary slip to show that I can support my family, my employer's email, mothers medical details, family tree, statuary declaration from my sister and myself, my father's death certificate, my wife’s medical reports, everything.”

The Australian Border Force further stated that “Decisions by the ABF Commissioner to grant exemptions for travel for compassionate and compelling circumstances must be balanced against the Government’s intent for imposing the travel ban and the health risks posed to the Australian community by international travellers.” said an ABF spokesperson.

They further advised the information about travel exemptions could be found on their website.

Waiting for 'more than a month'

Ahmad’s wife Hira Rehman, currently in Sydney with their four and eight-year-old sons told SBS Urdu that the past few months have been very hard for her family.

“I am a housewife and dependent on my husband so it has been extremely hard not having him around for the past one and a half month.”

“I also have ongoing back pain due to which my doctor has advised rest which is not possible at this time.” Ahmad Hassan's son talking to him over a video call.
Supplied

Hira further told SBS Urdu that the kids really miss their father a lot. “When my kids see other kids with their fathers they hug me which tells me they are really missing him.

“They miss him a lot at bedtime so I usually get them to video call their father. Just yesterday they were telling their father to sleep with them. They put the phone on the bed and told him it feels like you are sleeping with us.”

Ahmad works for a telecommunication company which requires field visits for essential service upgrades. He fears that if he has to stay longer in Pakistan he might lose his job and the family will have to go on welfare, ‘which is the last thing’, he wants.

"I build telecommunication networks which is critical for Australian infrastructure. My work requires a lot of work in the field and the office has been asking me when I will be back.

"My work will cooperate with me until a certain point after which I will be let go, which will be very risky for my financial situation. The last thing I want is my family to go on Centrelink welfare payments."

Ahmad is still holding on to hope that a travel exemption might be granted but feels that the whole family is ‘exhausted and on the brink of collapse.’

SBS is committed to informing Australia’s diverse communities about the latest COVID-19 developments. News and information are available in 63 languages at sbs.com.au/coronavirus.